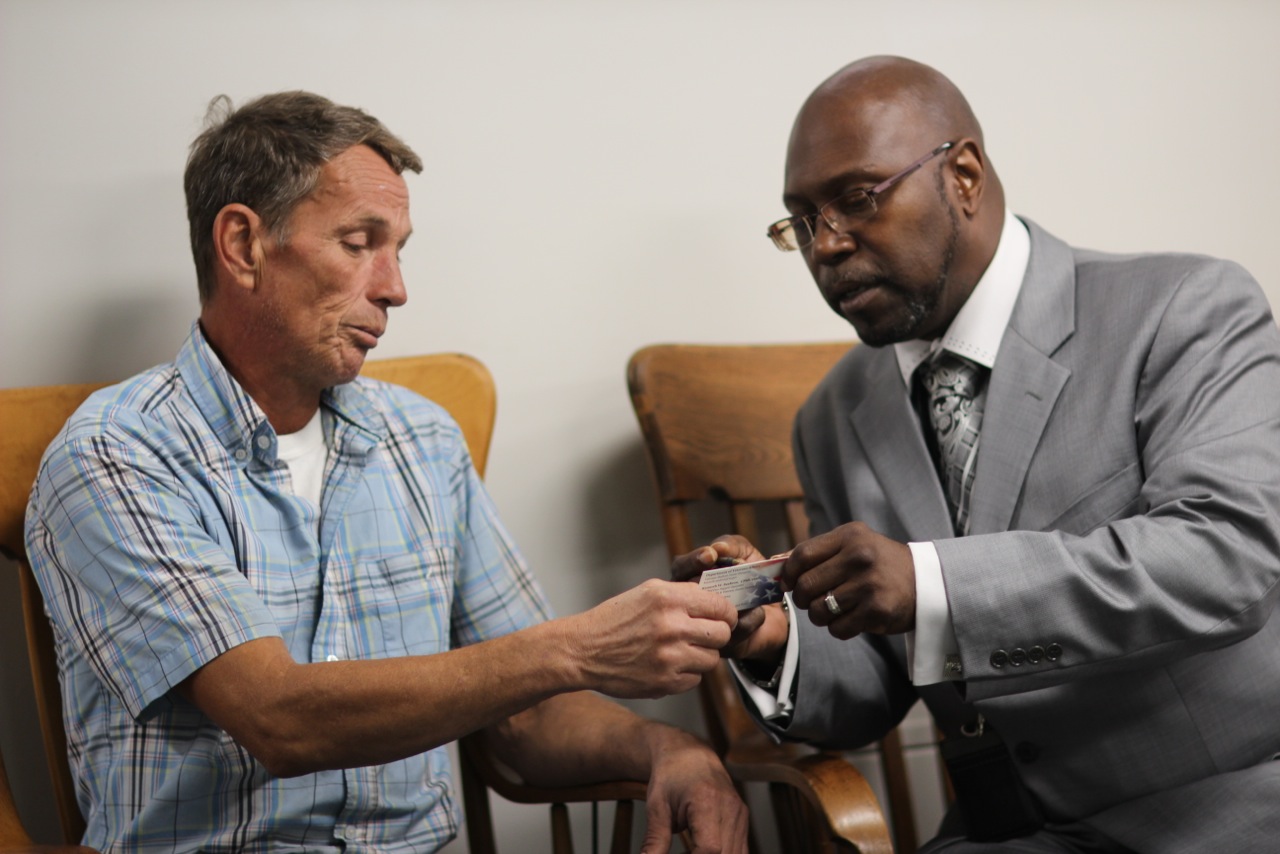 Kenneth Seabron  spent 20 years behind bars for robbery. Unbeknownst to him, he was suffering from post-traumatic stress disorder. His undiagnosed PTSD led him to a path to substance abuse in order to manage his pain and symptoms. “I hit rock bottom when I was convicted of robbery and lost everything in the process,” Seabron said.

While in prison he wanted to turn his life around. He helped other inmates with their problems and taught them how to do something valuable with their time while incarcerated. In 1997, a prison counselor recruited Seabron as a peer facilitator/counselors aide. He became certified to teach inmates recovery and transition skills that would help them once they left the prison system.

As a peer facilitator, Seabron created the first class on VA benefits for disabilities, and taught other incarcerated Veterans how to upgrade their military discharge so that they could receive health benefits upon their release. He helped 300 incarcerated Veterans complete their compensation and pension claims. For his efforts, the Veteran members of the U. S. Congress  awarded the 2007 Vietnam Veterans of America National Incarcerated Veteran of the Year to Seabron.

Understanding the great honor bestowed on him, Seabron knew he could do more, for himself and others. He enrolled in college that year and obtained an associates degree in human services.

“When I was released from prison there were many hardships and discouraging experiences,” Seabron said. “It was difficult obtaining a job because I had to fill out so many applications and was turned down a lot because they didn’t want to hire an ex-con,” he explained. “It also was really difficult getting housing.”

In 2013, Seabron attended a job fair, where he met staff from the Hampton VA Medical Center. They encouraged him to go back to school and helped him create an education plan.

While Seabron was doing work-study, he was hired by VA to work first as a medical services assistant, then in the Mental Health and Behavioral Services Program as a certified peer specialist. Seabron currently works in the HUD-VASH/ Homeless Program and the Veterans Justice Outreach Program, where he has helped over 50 Veterans obtain a housing voucher in HUD-VASH.   Of the 745 total claims he has done, over 150 of them were for homeless Veterans. He also created a budget program to teach HUD-VASH Veterans how to budget, manage their income and to become less dependent on financial aid.

Seabron credits VA with not only helping him find a job and encouraging him to go to college, but also welcoming him to VA with opportunities to give back, and understanding his intrinsic value. “I think my personal experiences, including my time in prison, helped me become a peer support specialist. I come to work every day and get to help my fellow Veterans. I love what I do.”

This article was submitted by the Veterans Health Administration.