Home / Health / VA housekeeper, an Army Veteran, back to work after stroke

VA housekeeper, an Army Veteran, back to work after stroke 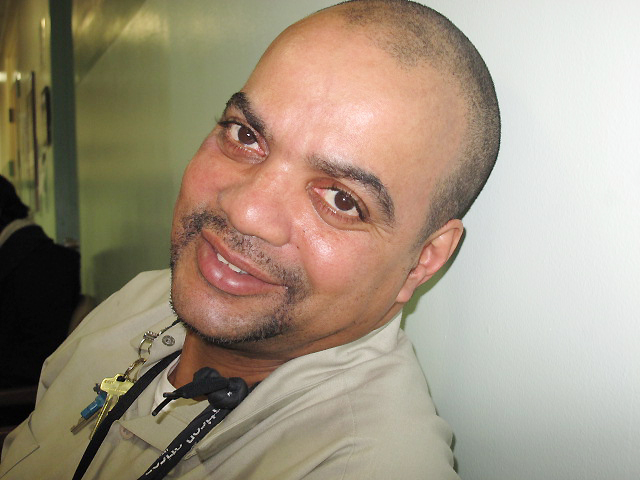 Army Veteran Jerome Dunn has had at least two mini strokes and one major stroke, but he doesn’t let anything stop him. With VA’s clinical support, Mr. Dunn works full-time as a housekeeper on a clinical floor.

“My left leg is weak and it sometimes gives me trouble because I have to walk and go upstairs a lot.” He’s careful to maintain a regimen of medications to prevent blood clots and assist his memory.

An engaging man, he finds his slurred speech frustrating. “My words used to come right out one after the other.” But, he makes the effort to communicate because he likes interacting with others. Mr. Dunn starts his tour at 3 am, to minimize being in a position where he might not be able assist a frail patient.

Born and bred in Brooklyn’s Bedford Stuyvesant neighborhood, Dunn, now 60, joined the Army right after graduating from Boy’s High School. He served stateside until he was honorably discharged in 1979. Later, physicians told him, that although he had not realized it at the time, radiologic scans showed he experienced several mini-strokes during the period he served in the military.

Mr. Dunn worked at a variety of jobs, including some time at Sizzler’s Steakhouse, now out of business. After work one day, Mr. Dunn, then working in Queens, says, “I felt lightheaded and a little dizzy. But, still I walked home a long way along Springfield Boulevard.“ His left leg wasn’t feeling right, but he shrugged off the discomfort and went to sleep.

The next morning, Mr. Dunn knew something was really wrong with his leg, but somehow managed to take the bus to a hospital that has since closed in Queens. He waited be treated and was then diagnosed with stroke. After rehab at Jamaica Hospital Mr. Dunn came to VA New York Harbor Healthcare System, looking for help with his recovery and also hoping to find work.

“Jerry Hampton, Assistant Foreman at the Harbor, gave me my chance to work,” he says.

Clinical management of his condition began and he also found a time-limited position for several years as a Compensated Work Therapy (CWT) Worker. Once that stint was over, feeling grateful to VA for the care he was getting and wanting to give back, Mr. Dunn worked as a volunteer for several years at VA’s Manhattan Campus, in housekeeping, even during the six months the hospital was closed due to damage caused by Super Storm Sandy and all patients and most staff temporarily relocated to other VA hospital campuses.

“He’s very motivated. He wants to get better.”

Mr. Dunn was offered a permanent job and continued to work diligently until one morning in 2013, when he felt dizzy while at work. A member of security brought him to the Emergency Department. There was no question that he was having a stroke. He was stabilized and then underwent surgery to clear his carotid artery.

A month later, Mr. Dunn was back at work. Once or twice a week he goes to physical therapy sessions to strengthen his left leg. Physical therapist Vanita Bhanot is working with Mr. Dunn on strengthening his right knee which has been stressed because Mr. Dunn favors his other leg, weakened from the stroke.

Dunn clearly takes pride in completing the washing, cleaning, sweeping, polishing and trash collection that are job requirements, even with his disabilities.

About the Author: Claudie Benjamin is the Public Affairs Specialist at the VA NY Harbor Healthcare System