VA has served generations of Veterans 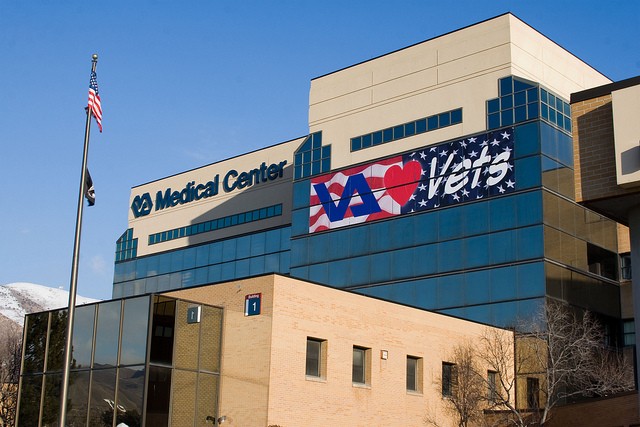 America’s commitment to our Veterans can be traced back to the days of the Plymouth Colony when Pilgrims passed a law that stated that disabled Soldiers would be supported by the colony. Over the years that followed, Congress established various programs to administer Veterans benefits, disability compensation, insurance for service personnel and Veterans, and vocational rehabilitation for the disabled.

Over the years, VA has become a respected figure in the field of medicine while caring for generations of Veterans. The benefits and services we provide have had a tremendous impact on the lives and families of those who’ve served. Here are just a few of the ways VA has benefited Veterans

Before World War II, college was, for the most part, an unreachable dream for the average American.  Thanks to the GI Bill, millions of Veterans who would have flooded the job market after the war instead opted for education.  In the peak year of 1947, Veterans accounted for 49 percent of college admissions.  By the time the original GI Bill ended on July 25, 1956, 7.8 million of 16 million World War II Veterans had participated in an education or training program.

When VA’s Home Loan Guaranty program started in 1944, many of the earliest VA-guaranteed loans were not for homes, but were for farming equipment and business inventory, including taxicabs and delivery trucks.  More than 20 million loans later, VA is the largest no-down-payment home mortgage program in the nation, guaranteeing a record 631,000 loans over the past 12 months—up 44 percent from the previous year—and boasting the lowest foreclosure rate in the industry for 25 of the last 28 quarters.

VA is the largest provider of health care training in the United States and maintains more than 7,200 individual affiliation agreements at more than 1,800 educational institutions.  Clinical training was provided to more than 120,000 interns, residents, fellows, and students in more than 40 professions in fiscal year 2014.  VA health-profession educational programs have a major impact on the health-care workforce in VA and deliver a significant percentage of care to Veterans.  Over the last five years, VA has expanded the mental health pipeline through targeted increases in training positions and approval of additional sites for mental health training, expanded the VA Nursing Academy, developed new residency programs in nursing and other associated health disciplines, and assumed a national leadership role in inter-professional education and collaborative practice.

National cemeteries were first developed in the United States during the Civil War.  Due to mounting war casualties, on July 17, 1862, Congress empowered President Abraham Lincoln, “to purchase cemetery grounds and cause them to be securely enclosed, to be used as a national cemetery for the soldiers who shall die in the service of the country.”   This was the first U.S. legislation to state and solidify the concept of a national cemetery.

About the author: Martin Taylor is a U.S. Army Veteran who served from 2001 to 2010. He was deployed to support Operation Iraqi Freedom. He now works at VA.