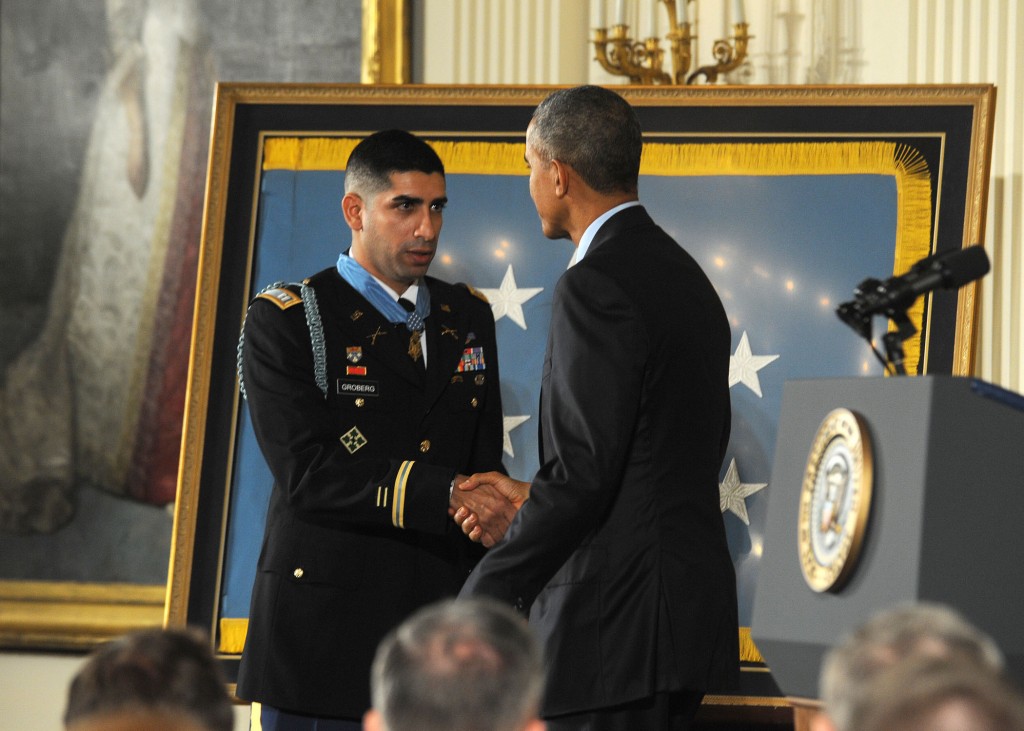 U.S. Army Capt. Florent Groberg was awarded the Medal of Honor for his actions while on his second deployment in Afghanistan. Groberg, while on an early morning patrol in August 2012, identified a suicide bomber and without hesitation tackled him. The suicide vest detonated while on the ground, minimizing its damage but still took the lives of four other Americans on the patrol.

More information on the battle and Captain Groberg’s actions can be found at the Army’ Medal of Honor website.

The blast of the suicide vest also caused another suicide bomber to prematurely detonate his vest outside of the impact zone.

“We defeated the enemy on that day,” Groberg said. “We sent a message that no matter how bad you want to hurt us, we’re always going to keep standing up and bringing it back twice fold on you. But it was the worst day of my life, because even though we defeated the enemy, I lost four of my brothers.”

Groberg sustained the loss of 45 to 50 percent of his left calf muscle with significant nerve damage, a blown eardrum, and a mild traumatic brain injury.

He spent his recovery at Walter Reed National Military Medical Center and was medically retired from the U.S. Army as a captain in July 2015. He now works as a civilian employee of the Department of Defense.