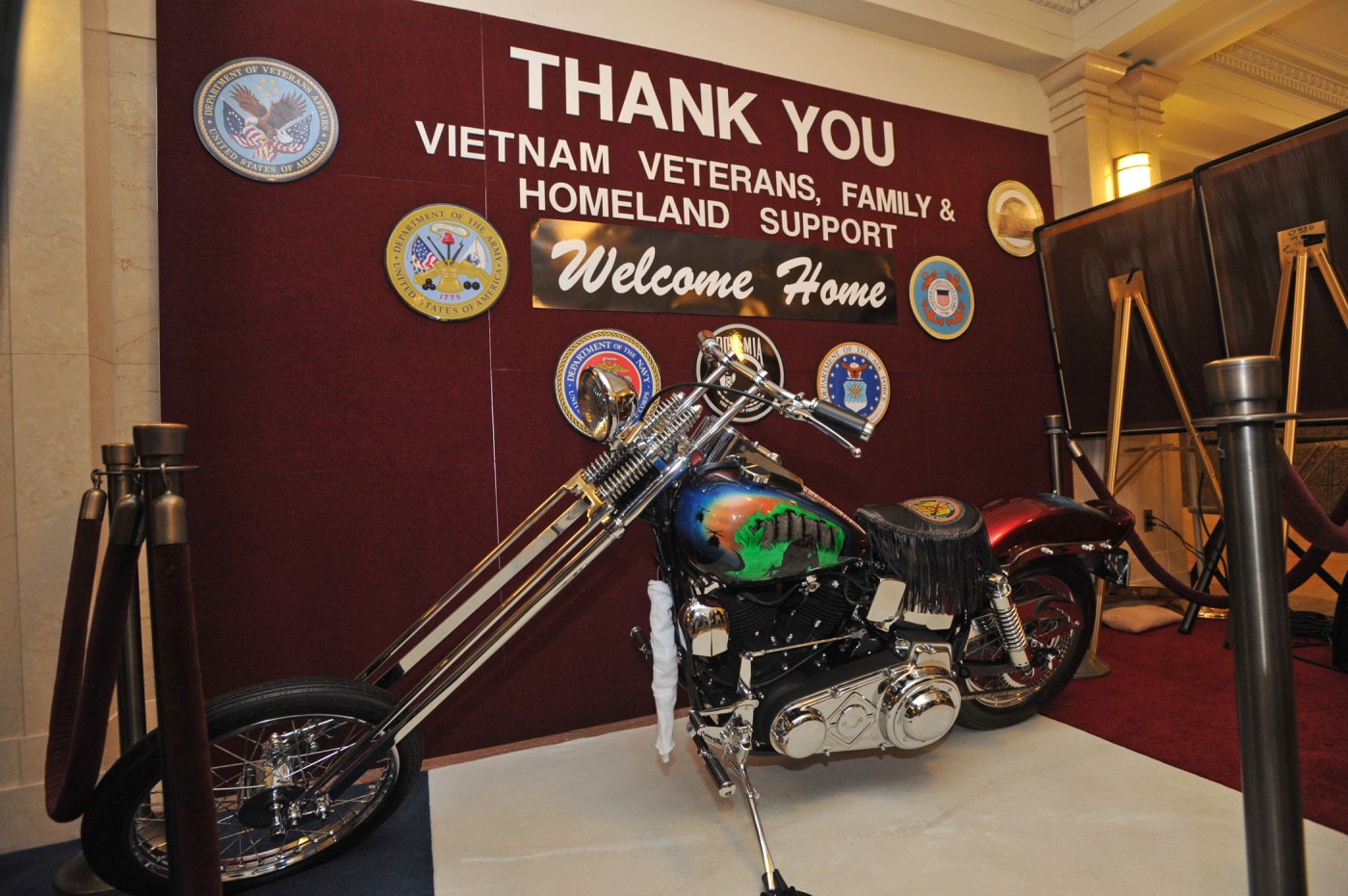 In commemoration of the 50th anniversary of the Vietnam War, a new exhibit, “Vietnam Veterans Reflections” was unveiled at the VA Central Office in advance of Veterans Day 2015.

The exhibit features a case with a glass window in the shape of the Vietnam Wall containing names to remind visitors of the sacrifices made by more than 58,000 Servicemembers who died there.  Complementing the exhibit are posters promoting and informing visitors on the importance and significance of women Veterans and their service, which were provided by the United States Vietnam War Commemoration and the Women’s Veterans Memorial. Surrounding the exhibit, are letters written to Servicemembers by their loved ones, expressing gratitude and admiration for their service. The exhibit was designed and fabricated by William “Bill” Hester.

Hester works in the VA Central Office as the Media Service Division Chief of Exhibits and served in the U.S. Air Force. While overseas in 1968-69, he supported a fighter squadron with logistics capabilities. In December, he will retire from the federal government with 40 years of dedicated service.

Before his retirement, Hester wanted to create something that resonated with Vietnam Veterans and Americans as a whole. Outside the exhibit is a mannequin sitting in a wheel chair who represents a disabled Vietnam Veteran. His hand is reaching out towards the glass to touch one of the Soldiers inside the exhibit. Also outside of the exhibit, is a Harley Davidson motorcycle built from scratch by the Wisconsin Riders. The bike was built to honor the 37 POW-MIAs. The motorcycle is a part of the National Park Service Vietnam Veterans Memorial and Hester coordinated with them to allow VA to display it.