These Veterans ran across the country, again 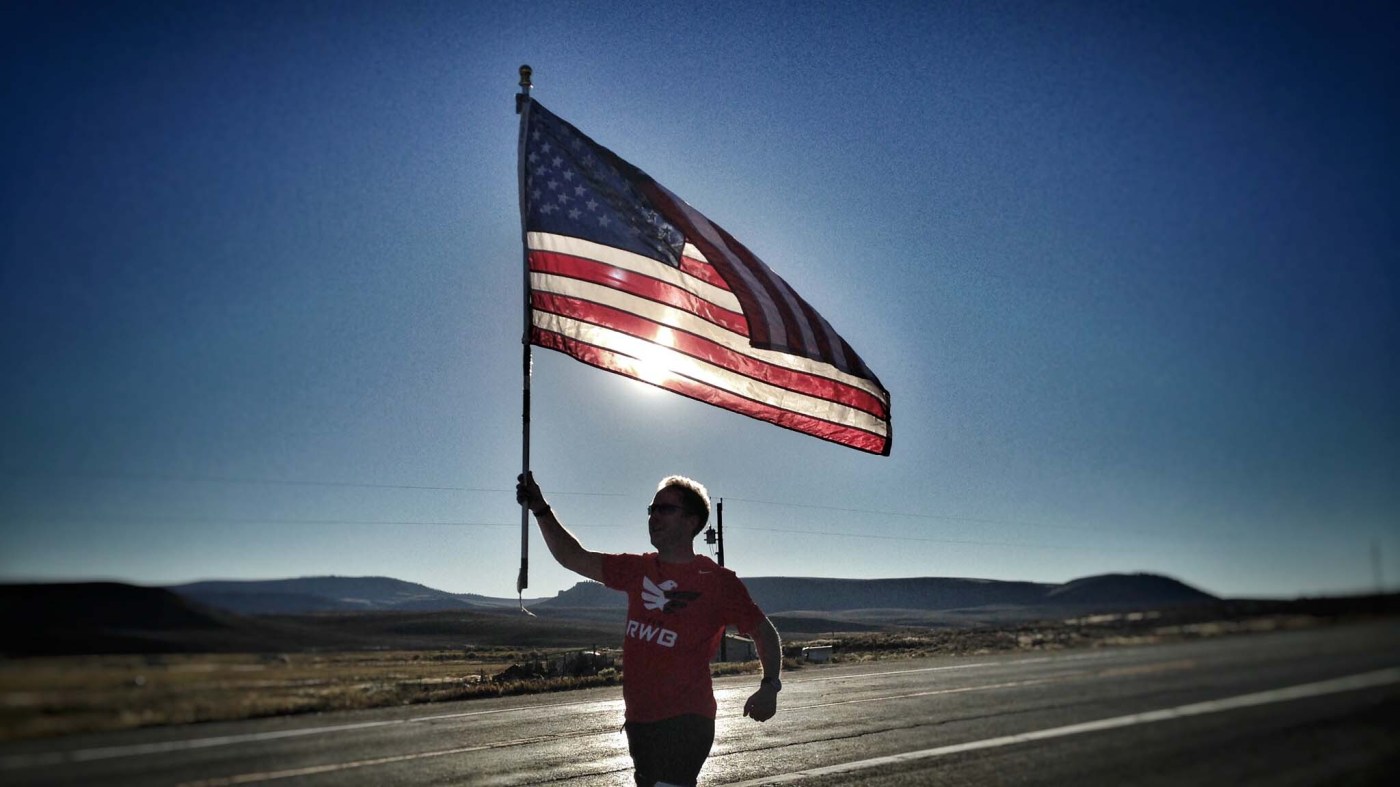 Many organizations create annual events to embody their culture and increase awareness of their campaigns be it dumping ice over their head, wearing pink, growing a mustache or knocking out a set of push-ups.

Team Red, White & Blue chose to run across the country. The monumental challenge may have appeared to be right up the organization’s alley which uses physical and social activities to connect Veterans to their community, but the logistics would be overwhelming.

So how do you run across the country? You do it as a team.

Fortunately, Team RWB has chapters in over a hundred communities across the nation to participate in the relay. In addition, hundreds of athletes from traveled hundreds of miles just to have their chance at moving old glory down the road.

This year, after the second annual Team RWB Old Glory Relay reached their final destination in Washington, D.C., the statistics have been tallied.

Fifty-nine teams formed by 1,170 athletes passed through 13 states, four state capitals traversed 3,540 miles in total. Thirteen community celebrations across the country cheered the team through temperatures over 110 degree to below freezing, from sea level to 11,312 feet. America took notice as the images poured in along the way on social media and media outlets, both local and national.

“I think the Old Glory Relay is turning into the longest and greatest American Parade. It was like a blend of Memorial Day, Fourth of July and Veterans Day for two months straight. A pure shot of patriotism,” said Dan Brostek, Team RWB’s director of marketing and communications.

This year’s relay, like last year’s, ended in Washington, D.C. with Old Glory being passed on to VA Secretary Bob McDonald.

“I am so happy to be part of the Old Glory Relay for a second consecutive year. I salute all of you for your participation in that relay. You have really demonstrated all of the things, the character of Team RWB, to bring that flag from the West Coast to the East Coast,” McDonald said.

If you wanted to participate, but the route didn’t come close to your location, you may have better luck next year.

“We plan to do the relay again next year, but we may take a different route in order to involve even more chapters, Veterans and American citizens in the event along the way,” said Blayne Smith, executive director of Team RWB.

To learn more about Team RWB or to participate in next year’s Old Glory Relay visit www.teamrwb.org