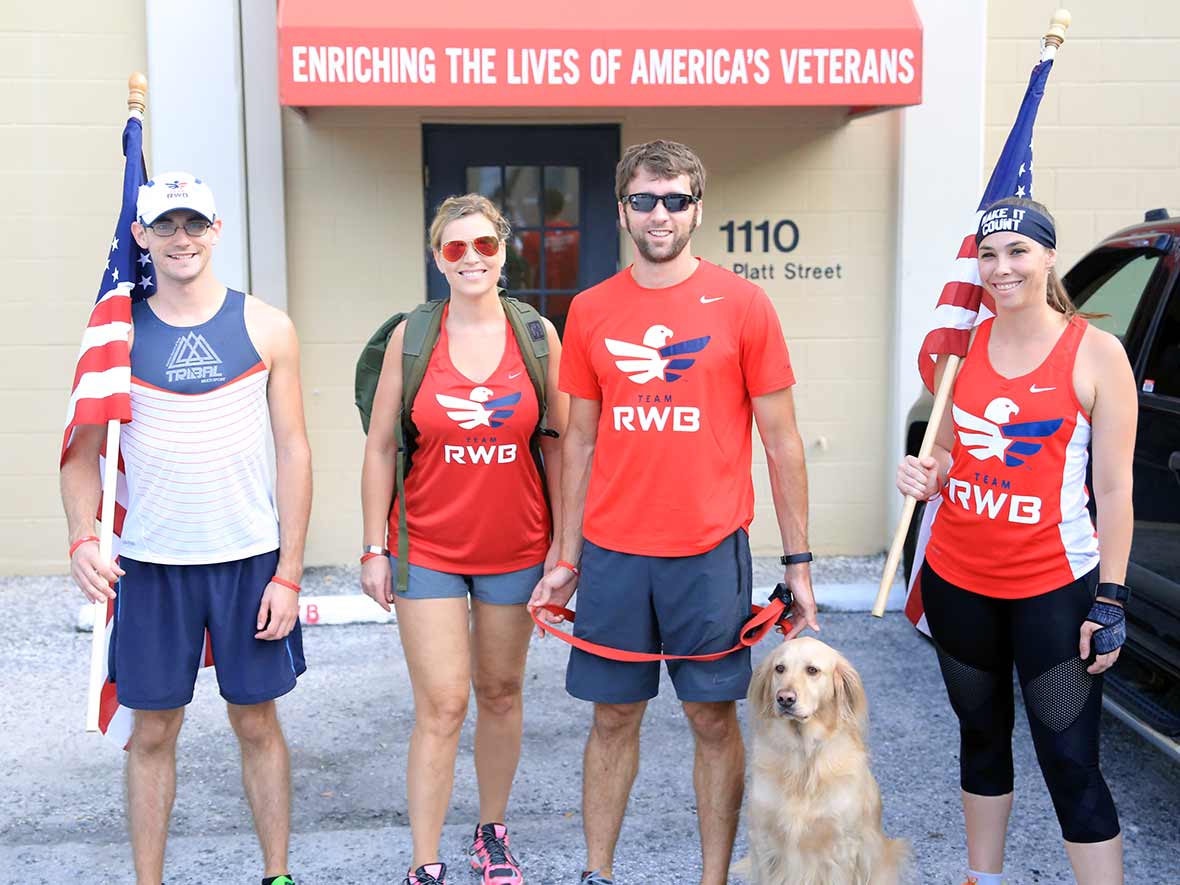 Today, they are remembering September 11 in a way that is consistent with the group’s culture — physical fitness.

This is Team RWB Tampa chapter’s second year of participating in a 9/11 continuous moving flag tribute. From 6 a.m. to 7 p.m., nearly 50 walkers, ruckers and runners will carry the flag upwards of 100 miles on the iconic Tampa Bayshore Drive.

“I was young. I didn’t understand the scope of what actually happened. Now that I’m older, I do understand it, so this gives me a chance to honor their sacrifices, to remember them in a meaningful way,” said U.S. Air Force Reserve Senior Airman Tanner Spaulding.

At 6 p.m., the group’s firebase will host a workout that includes rope climbs totaling the height of the Twin Towers, squat cleans equalling the floors of the building and a run equal to one meter for each victim of the September 11 attacks.

The tribute concludes with members connecting with each other over a meal catered by a Veteran-owned franchise of Mission BBQ, a company with a history for giving back to Veterans and first responders.