Home / Honoring Vets, Top Stories / The 5 most popular Veterans of the Day in 2015 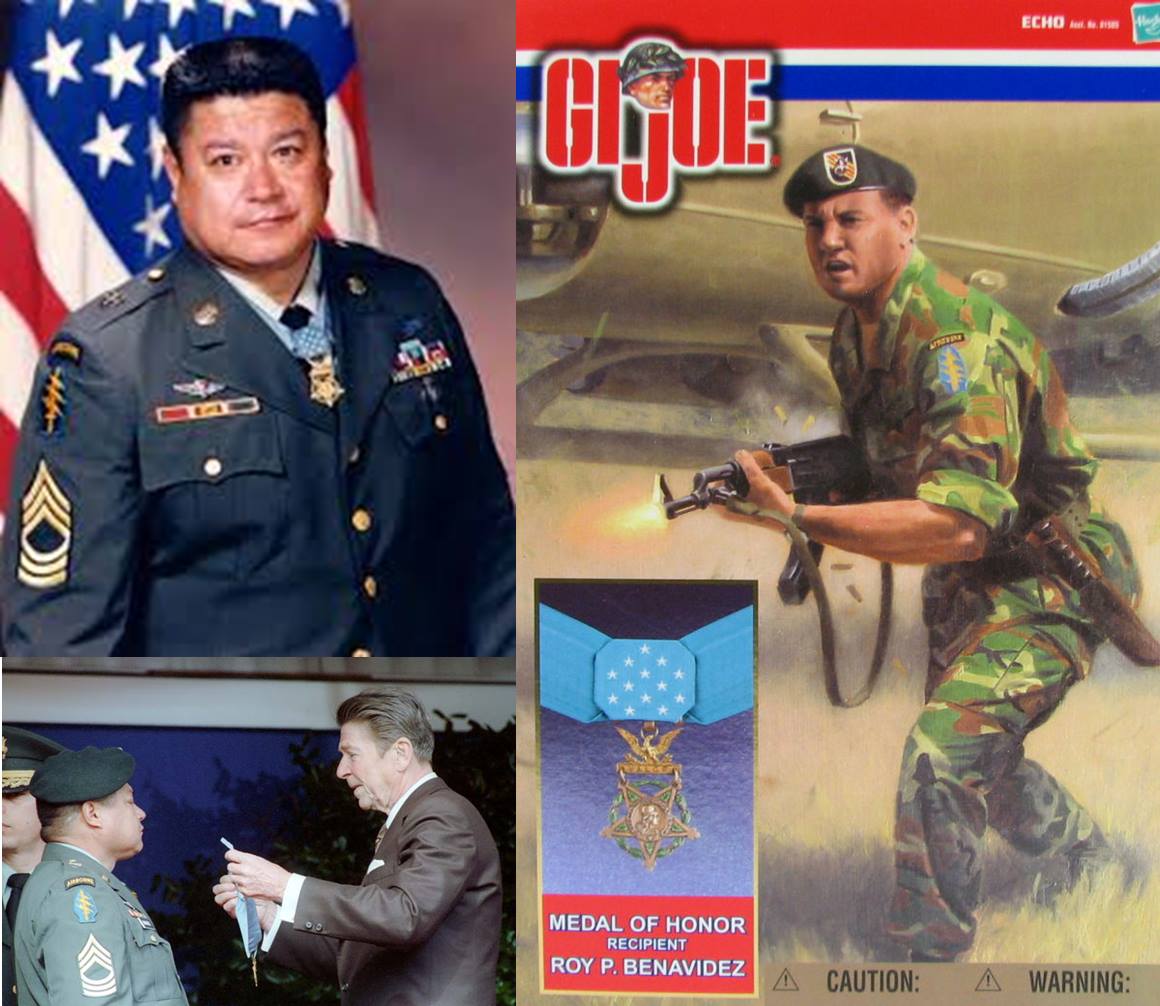 VA honors a Veteran each and everyday on our social media channels. Most of the submissions come from families and friends seeking to have their Veteran recognized, so we hear firsthand how important it is to them. We also know how important this daily honor is to our entire audience. Veteran of the Day posts reach hundreds of thousands of people, but some reach millions.

Know a Veteran who should be #VeteranOfTheDay? Let us know!

Ashley White-Stumpf was part of an elite group of soldiers who supported Green Berets and Army Rangers in Afghanistan. She was killed in action in Kandahar province, Afghanistan in 2011 when the assault force she was supporting triggered an IED. She was the first soldier in her team to die in action and was posthumously awarded the Bronze Star, the Purple Heart, the Meritorious Service Medal, the Afghanistan Campaign Medal and the Combat Action Badge.

Roy Benavidez enlisted in the Texas National Guard in 1952 during the Korean War and later switched to the regular Army. Roy was later sent to South Vietnam where he stepped on a land mine during a patrol and was told he would never walk again. After a year of excruciating practice, Roy walked out of the hospital determined to return to combat in Vietnam. He returned to South Vietnam in 1968 despite his continuing pain.

On May 2, 1968, a 12-man special forces patrol was surrounded by a North Vietnamese Army Battalion. Roy heard the radio call for help and boarded a helicopter to assist. Armed with only a knife and a medic bag, Roy jumped from the helicopter and rushed to help the patrol. After a series of valorous actions under constant fire to save at least eight of the men, Roy was evacuated, examined and pronounced to be dead. While a second doctor began zipping up his body bag, Roy managed to spit in the doctors face to alert him that he was alive.

Roy had a total of 37 separate bullet, bayonet and shrapnel wounds from the previous six-hour fight. He retired from the U.S. Army in 1976.

In 1981, President Ronald Reagan presented Roy with the Medal of Honor. During the ceremony, President Reagan told those in attendance “If the story of his heroism were a movie script, you would not believe it.”

Tom joined the U.S. Marine Corps in 1944 and at the end of World War II was among the American forces that landed on Saipan. After the war, he was among the troops sent to occupy Japan.

“We were the first group to land in Nagasaki,” Tom would tell friends. “I will never forget that experience as long as I live.” Responding to the devastation all around them,

Tom continued a life of service as a senior leader in The Church of Jesus Christ of Latter-day Saints. His office was decorated with an American flag, jars of sand from Iwo Jima and Saipan, and a photo of the chapel he helped build on Saipan.

Tom passed away at the age of 92. Semper Fidelis, Tom. His #VeteranOfTheDay post was seen by more than 2.2 million people on Facebook.

Carl Brashear was the first black American to become a U.S. Navy Master Diver, rising to the position in 1970. Cuba Gooding, Jr. played the role of Brashear in the film ‘Men of Honor’.

When Leonard Nimoy passed away many were saddened to learn of “Spocks” sudden departure. However many did not know that the actor enlisted in the U.S. Army in 1953. He worked with the Army’s Special Services branch, where he wrote, narrated and emceed shows in addition to acting in service films.