Home / Honoring Vets / Stephanie Czech Rader, one of the most successful intelligence agents of post-WWII Poland

Stephanie Czech Rader, one of the most successful intelligence agents of post-WWII Poland 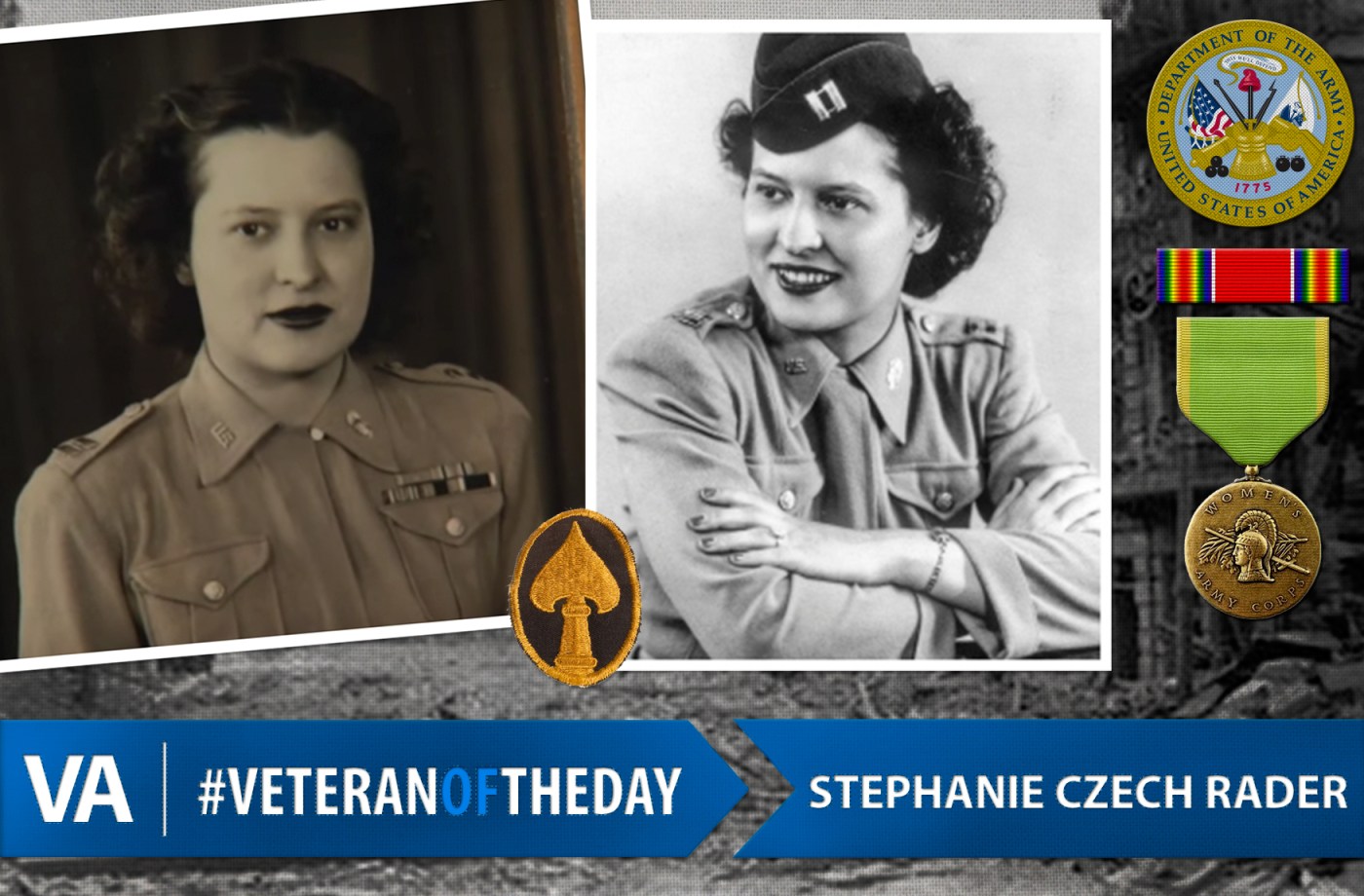 Today’s #VeteranOfTheDay is Stephanie Czech Rader. Stephanie was born to Polish immigrants in Poughkeepsie, New York, and was raised only knowing the Polish language and culture. School was rough because at first she did not speak English well, but soon mastered it and continued on to earn a full scholarship to Cornell University where she completed a chemistry degree in 1937.

Stephanie joined the Women’s Army Corps towards the end of World War II and was soon selected for service in the Office of Strategic Services due to her knowledge of Polish culture.

She was one of two OSS agents working out of the U.S. Embassy in Warsaw and traveled the country under the guise of finding family members in the aftermath of World War II.

This allowed her to acquire intelligence on Russian troop movements and socio-economic information unobtainable by Embassy officials.

She was, by all definitions, a spy. She knew that if she were captured, she would disappear.

“They gave me a gun, but I never carried a gun,” she said. “What the heck was I gonna do with a dumb gun?”

Stephanie died yesterday at the age of 100 in her Alexandria, Virginia, home. Only recently did her friends and neighbors realize that she was one of the most successful intelligence agents of post-war Poland.

In recent years, her friends and neighbors, together with the Office of Strategic Services (OSS) Society, have championed on her behalf to see she is awarded the Legion of Merit. Stephanie’s superior officers had recommended her for this award in 1946 but the request was turned down the War Department for unknown reasons.

Regardless of awards, we now know the extent of her heroism and honor her service.

If interested in learning more about Capt. Czech, Shane Harris of the Daily Beast wrote a detailed account of her service: Will America’s 100-Year-Old Female Spy Finally Be Recognized for the Hero She Is?