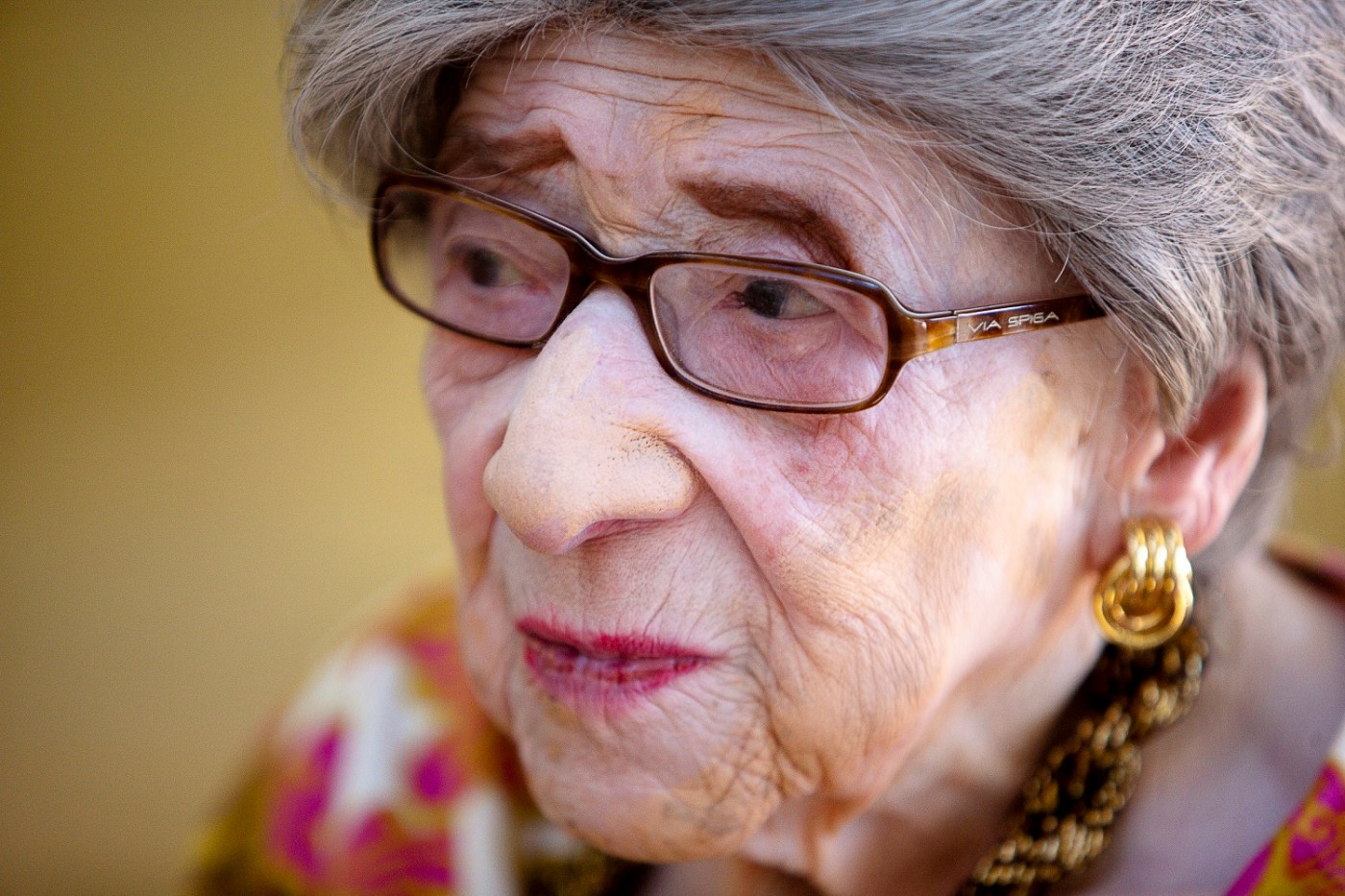 She is well-known in the community for her elegant sense of style, her long repertoire of eyebrow-raising jokes and very strong opinions. She credits her long life to sharing and caring.

“I always shared what little I have, that’s why He let me live so long. I just believe in sharing and giving. If you have a little bit of something and someone else needs it, share,” she said.

VA Sec. Bob McDonald meets with Alyce Dixon in January 2015. Dixon, one of the nation’s oldest living female Veterans, passed away this week at the age of 108 years old.

Dixon was born in 1907, when an American’s average life expectancy was only 47 years. She was born Alice Ellis in Boston. At the age of 16, she changed the spelling of her name to Alyce after seeing a picture show starring actress Alyce Mills. She lived life on her own terms from that day forward.

She was married for a time, but divorced her husband over an $18 grocery bill. He found out she was sending money home to her family and put her on a strict allowance. This didn’t sit well for the independent young woman.

“I found myself a job, an apartment and a roommate. I didn’t need him or his money,” she said.

She later joined the military in 1943. She was among one of the first African-American women in the Army. As a member of the Women’s Army Corps, she was stationed in England and France where she played an important role in the postal service as part of the 6888th Battalion.

After leaving the Army, she served the government for many years at the Census Bureau and for the Pentagon where she served as a purchasing agent, buying everything from pencils to airplanes. She retired from government service in 1973.

At the medical center, she was affectionately called the “Queen Bee” and was known for impeccable dress. She never left her room without fixing her makeup and hair. She always wore stylish clothes and jewelry and sported well-manicured nails. She loved to sit in the medical center Atrium and watch the people. She was disappointed in how young women dress today. “I tell everyone to dress nice for yourself and you’ll feel better, even if you don’t feel good,” she said. “Wear your jewelry, fix your hair. No one has to tell you that you look good…do it for yourself.”

She led a long and full life. She has met presidents, the first lady, members of Congress, high-ranking military officers, celebrities and musicians. She also held media interviews with many local and national outlets.

According to medical center director, Brian A. Hawkins, MHA, she will be missed, “…especially the caregivers and Veterans of our Community Living Center. She was one-of-a-kind; a strong-willed, funny, wise, giving and feisty WWII Veteran. Her message touched a lot of people.”