Home / Health, Top Stories / Going beyond the numbers to better serve Veterans who are homeless

Going beyond the numbers to better serve Veterans who are homeless 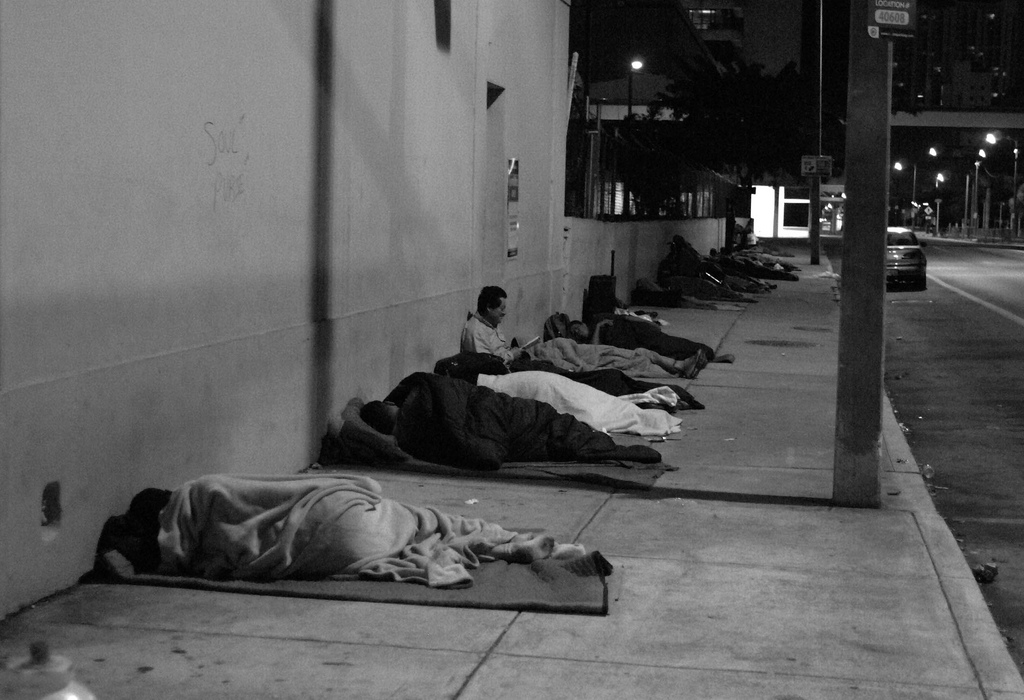 As a doctor, I learned that data on a chart or in a report could only tell me so much about my patients. Talking with them face-to-face is how I got beyond the numbers, and grasped the true status of their health and well-being.

Now, as VA Under Secretary for Health, I take a similar approach with the Veterans that VA cares for and serves, including those who are homeless. That’s why I’m heading out tonight with VA leaders, staff and community volunteers for the 2016 Point-in-Time (PIT) Count: To interact one-on-one with Veterans who are homeless and learn how to get them housed.

My Los Angeles PIT Count team, joined by hundreds of other teams organized by the Los Angeles Homeless Services Authority (LAHSA), will fan out to count, and then help, those who are homeless that night. Many of my VA colleagues are doing the same in other cities across the country this month. We’ll look for Veterans and other Americans who are living under bridges and in bus shelters, on street corners, in cars and other places not meant for human habitation. We’ll record information on portable devices and on papers attached to clipboards. But the most important thing we will do is make a connection with the Veterans we meet and link them with VA services and stable housing.

This work is vital because it gives VA leaders like me a firsthand look at VA’s homeless outreach efforts—the everyday interventions that are critical to making sure every Veteran has permanent housing.

Taking The Pulse of Our Progress

Annual PIT Counts give us a “snapshot” of homelessness among Veterans on a given night. They are how we take the pulse of our progress toward achieving the urgent national goal of ending Veteran homelessness for good.

The latest PIT Count, conducted in 2015, showed that the vital signs were moving in the right direction: homelessness among Veterans as estimated by the PIT Count is down by nearly 36 percent over the last five years. Since 2010, more than 360,000 Veterans and their family members have been permanently housed, rapidly rehoused, or prevented from falling into homelessness, through a combination of VA’s homeless programs, HUD’s targeted vouchers, and the effort of community leaders throughout the country

When we look beyond these once-a-year national numbers to more frequently reported local data, we get even more insight into how we’re doing—and where we still need to go.

Thanks to new guidelines developed by the United States Interagency Council on Homelessness (USICH), HUD and VA, we can now follow closely the specific actions communities and states are taking to move Veterans from homelessness to permanent housing. These include:

And so, in addition to our PIT Count-generated “big picture” of Veteran homelessness in America, we can craft a more detailed community-by-community mosaic of cities and states that have already ended homelessness among Veterans. Nearly 20 cities and states dot this portrait—Virginia, Houston, Philadelphia, New Orleans, and New York City, among them—and more are being drawn in every few weeks.

Sustaining these gains takes continuous drive, leadership and resources. Even in places where our partners have ended Veteran homelessness, there is a continuous need to reach and serve new Veterans facing housing insecurity.

Take Houston, for example. With its influx of returning Veterans each year, officials there say they must be prepared to serve roughly 900 to 1,000 Veterans expected to experience housing instability or homelessness each year.

These communities count on continuing to receive VHA’s support through its specialized homeless programs, which served more than 365,000 homeless or at-risk Veterans in fiscal year 2015 alone. Communities count on our readiness to share data and promote best practices like Housing First—providing homeless persons with permanent housing as quickly as possible and supportive services as needed. They count on the willingness of more employment and housing partners to hire and house Veterans exiting homelessness.

Most of all, they count on VA not resting until homelessness among Veterans is rare rather than routine. Today, and indeed every day, they can count on me—and all of VA—to stand with them until every Veteran has a permanent place to call home.

Learn more about VA’s homeless programs and get involved. If you know a Veteran who is homeless or at imminent risk of becoming homeless, refer him or her to a local VA Medical Center, where homeless coordinators are ready to help. Veterans and their families can also call 1-877-4AID-VET to be connected to VA services.

Dr. David Shulkin is Under Secretary for Health at VA, and Chief Executive of the Veterans Health Administration (VHA).