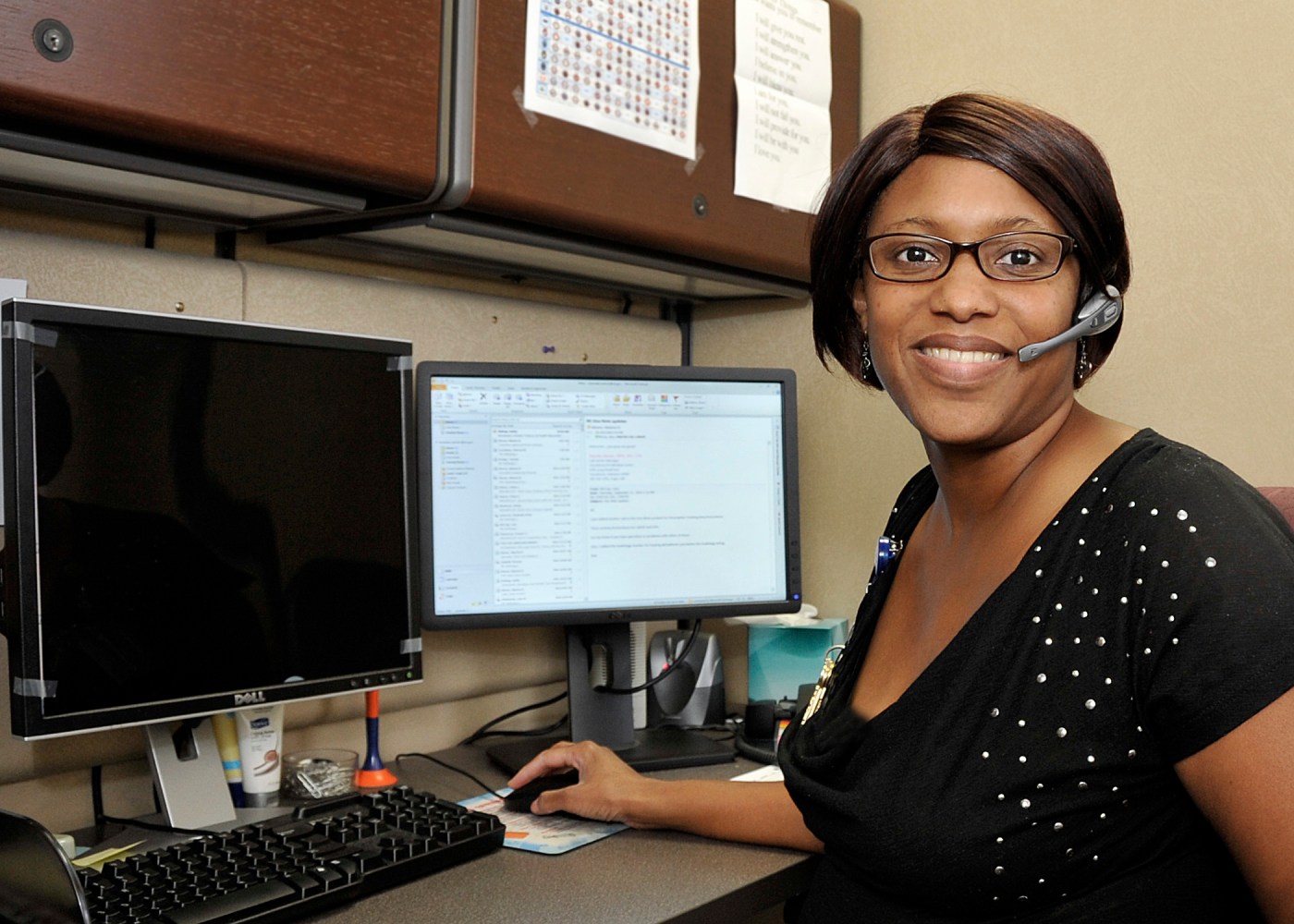 You wouldn’t think that hiring nine or ten extra people would make all the difference in the world. But at Tuscaloosa VA Medical Center in Alabama, it has.

“We expanded our call center from five to 12 employees, with two more on the way” explained Maisha Moore, manager of the new and improved center. “The impact has been huge. Veterans who call in to cancel an appointment, make an appointment, or ask a question about their medication can now talk to a real person. Whatever they need to do, whatever question they might have –we’ll resolve it for them right then and there.”

It wasn’t always so.

“We hold town halls and stakeholder meetings with our Veterans to find out what we’re doing right, and what we’re doing wrong,” Moore said. “We discovered that their number one complaint was our phone system. They were having a real hard time reaching the people they needed to talk to. They were frustrated. They were dissatisfied. And they were angry.”

Moore said a big part of the problem was that pharmacists and other medical professionals were often answering the phones while trying to do their actual jobs. It was a recipe for disaster. Or, at the very least, dysfunction.

“Our primary care people and pharmacists are busy people,” Moore said. “They were trying to do what they were trained to do, but they were also trying to answer the phones. It was inefficient, and it was a lose-lose proposition —bad for our medical professionals, bad for the Veteran who’s trying to call in and can’t reach anybody.”

By creating a center dedicated solely to getting the phones answered, the lose-lose situation turned quickly into a win-win. Everybody’s happier.

“You’ve got to have people to answer the phones.” – Maisha Moore, Tuscaloosa VA

“Caller resolution is our main goal,” Moore said. “It’s just old-school customer service. Before you hang up the phone with us, we want your questions answered, your appointment rescheduled, whatever it is you need taken care of. We work directly with the pharmacy and our primary care clinics to get you the information you need. And if you have a question we can’t answer, let’s say a question about your VA benefits. We’ll put you through to someone who can. We’re not going to send you back to the main operator. We’re not going to tell you to call this office or that office.”

But it gets better. Tuscaloosa’s new call center is also staffed with four registered nurses who can answer questions you might have regarding your medications, or any symptoms you might be experiencing at the moment.

“The majority of calls that come in to us are for prescription refills and renewals,” said Carolyn Knopp, one of the nurses who staff the center.

But some of the calls aren’t so routine, she said.

“If the patient needs to be seen right away, we ask him a series of questions to determine what’s going on with him, how urgent his situation is, and how soon we need to see him,” Knopp explained. “For example, if you call in and tell me you’re having chest pains, I’ll ask you a few questions to determine what might be causing your chest pain. Maybe it’s heartburn or something else unrelated to your heart. If it turns out to be your heart, I’ll tell you to hang up and call 911.

“We don’t have an emergency room here at Tuscaloosa,” the nurse explained, “so you’d be going to the hospital in Birmingham. I’d make a note in your records regarding what your symptoms are. Then, when you arrive at the Birmingham ER they’ll look at your records to see what’s going on with you. They have access to our records, and we have access to theirs.”

Then there are the callers who are experiencing an emotional crisis, and desperately need to hear a human voice.

“If someone calls in who is depressed or suicidal, I’ll keep them on the line until our suicide prevention coordinator gets down here to speak with them directly,” Knopp said. “If you’re suicidal, I’m not going to put you on hold or transfer you or tell you to call some crisis hotline. You’re going to talk with someone right away.”

So how are most Veterans reacting to Tuscaloosa’s vastly improved call center?

“The system was a bit broken,” she added. “But the fix was a fairly simple one. It’s all about staffing. And it’s all about taking the time to listen to your patients. They’re the customers, they’re the ones receiving a service, so they’re the ones most qualified to tell you where you need to improve. All you have to do is ask them.”

Staffing levels are increasing at VA facilities throughout the country. To learn more about VA’s hiring efforts, visit the Build Your Career website.