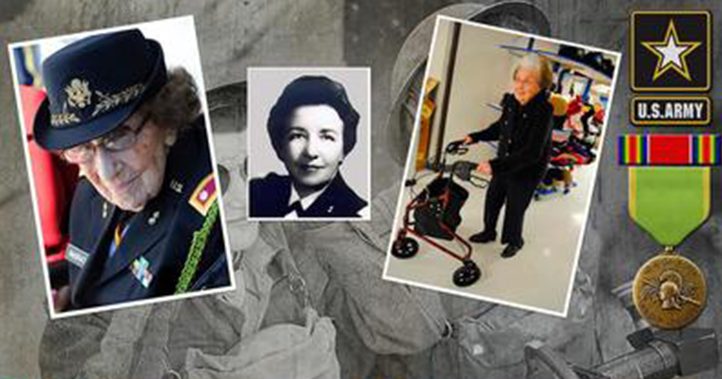 McGrath entered military service by enlisting in the Women’s Army Corps (WAC) in January 1943. She completed her basic combat training at Fort Oglethorpe, Georgia and served at bases in Massachusetts, Florida, and Texas. Following World War II, she was assigned to Griesheim Ordnance Depot in West Germany, and later reassigned to the German capital city of Berlin during the time of the Berlin Airlift  – an assignment she considered to be a highlight of her Army service. She served in a number of WAC leadership roles, which included her role as the Military District of Washington WAC staff adviser, before retiring in 1961.

At that time in the WAC, lieutenant colonel was the highest rank available (excluding WAC director). In 1985, she became the first woman elected to the Ordnance Corps Hall of Fame.

On Friday, April 22, funeral services will be held in Alexandria, Virginia. McGrath will be buried at Arlington National Cemetery, with full military honors at a later date.