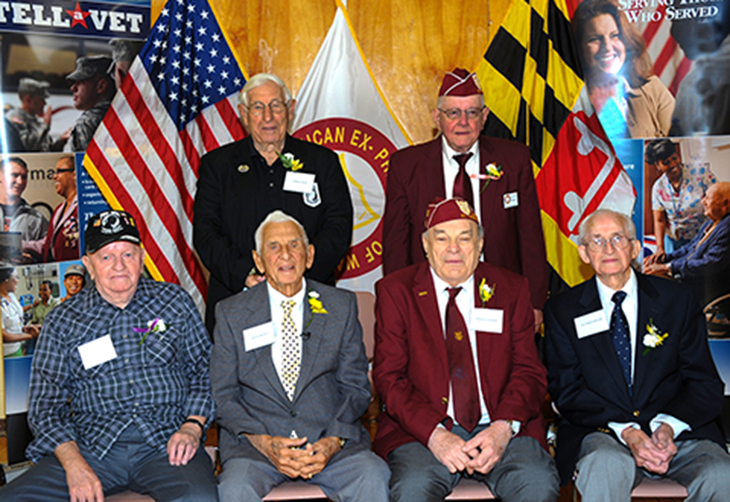 The sheer number of Americans listed as missing in action—more than 73,000 in World War II, 7,900 in Korea, hundreds during the Cold War, nearly 2,000 in Vietnam, and even on today’s modern battlefields—is difficult to grasp. Thus, it becomes a major importance to honor those who have endured captivity as prisoners of war (POWs) or who have been or continue to be listed as missing in action (MIA).  The VA Maryland Health Care System honored Maryland’s former POWs and expressed special appreciation to this group of Veterans earlier this month at the Perry Point VA Medical Center.

“Many of you suffered harsh conditions and treatment that most of us, including Veterans like myself, can only imagine, ” said Jeff Nechanicky, associate director for finance at the VA Maryland Health Care System and the site manager for the Perry Point VA Medical Center. “It’s an honor and privilege to be able to gather each year to thank you for your sacrifice to our country.”

Nechanicky also noted that while this luncheon is a happy celebration, any gathering of former POWs can only raise the presences—or lack thereof— of those who continue to be missing. He shared the news of some families recently receiving a degree of closure with the return of the remains of two soldiers missing from the Korean War.  “Sadly, so many more families are left not knowing the fate of their loved ones,” he said.

In the past, the luncheon guest list included more than 100 former POWs. In recent years, however, with the passing of WWII Veterans, the gathering’s numbers have been diminishing, and this year’s luncheon honored seven former POWs and their families.

Each former POW offers a unique story. They all share a common thread–– fear, brutality, deprivation, pain and loss.  But their stories are also fused with dignity, honor, character and a hope that transcend the extreme and inhumane experiences they survived.

Leonard Kirk, 93, a WWII Veteran who was taken prisoner in Germany, recalls the thin broth, the deprivation and hard surfaces that served as a bed when he was prisoner. After his return from Germany, he remained in the Army and his first duty station upon his return was Louisiana, where he guarded German POWs. “I can tell you they slept in beds with mattresses, sheets and pillows. They ate good food, compared to what we as prisoners had in Germany. We ate what the German soldiers had it wasn’t more than that broth,” said Kirk, who stays active and is an avid swimmer at his local gym. “I’m sure many of them wanted to return to the U.S. after they were sent back to Germany.”

Not all former POWs are enrolled in VA health care.  They may be experiencing health care issues that are likely related to the deprivation they suffered as POWs but may not realize the connection.  Clinicians throughout the VA system are specially trained to connect the dots, and we encourage all former POWs to enroll for VA health care, a benefit they earned and well deserve.

About the authors:  This article was written by Rosalia Scalia and Ming Vincenti, Office of Public & Community Relations for the VA Maryland Health Care System