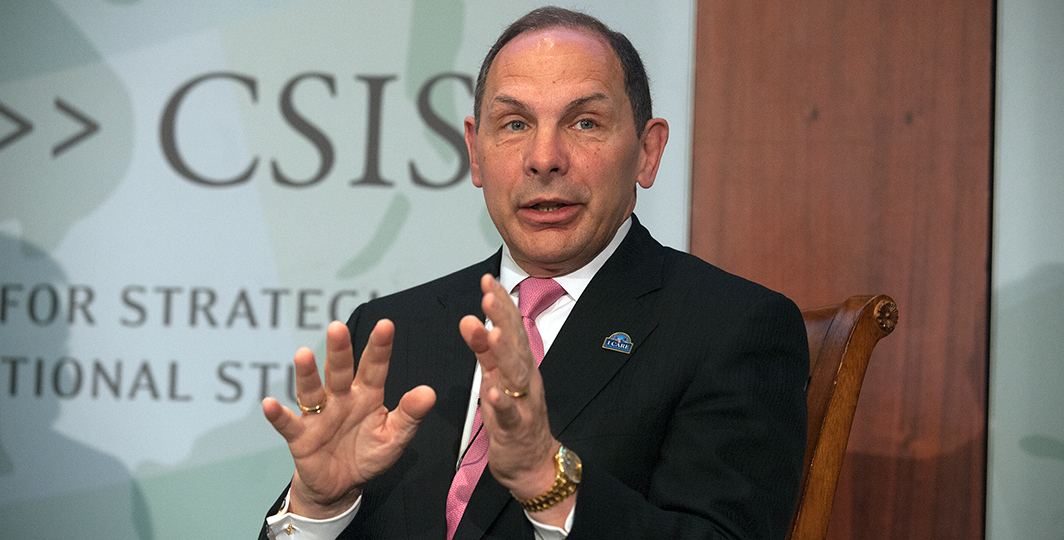 The Center for Strategic & International Studies (CSIS) International Security Program hosted an engaging discussion on Veteran’s health policy with VA Secretary Bob McDonald. During the session moderated by CSIS president and CEO John J. Hamre, McDonald discussed some of the challenges the VA has faced within the past few years, what has already been done during his time in office and his plan for the future of VA.

“We’re trying to use this crisis to take advantage of this great opportunity that we have in the history of our department, so that we can better deliver outcomes for Veterans and families,” said McDonald speaking about the 2014 access crisis.

He delved deeper into the latest updates on the MyVA transformation, including:

In addition, the clinical workload is up more than 20 percent, giving more than seven million additional hours of care for Veterans. VA has also hired 18,000 medical staff over the last year and a half and has built nearly four million square feet of clinical space within the past two years.

McDonald’s vision is to make VA the number one customer service agency in the federal government. A key part of that is improving the employee experience and giving them the tools and resources they need so that they can better serve Veterans. VA is also working with the MyVA Advisory Committee, a group of business leaders, medical professionals, government executives and Veteran advocates to get feedback throughout the process.

The secretary hopes that the steps put in place by the MyVA transformation process will put VA on a path towards success.

“President Reagan gave Veterans ‘a seat at the table of our national affairs nearly three decades ago. MyVA is about keeping Veterans at the table, in control of how, when, and where they wish to be served,” he said.