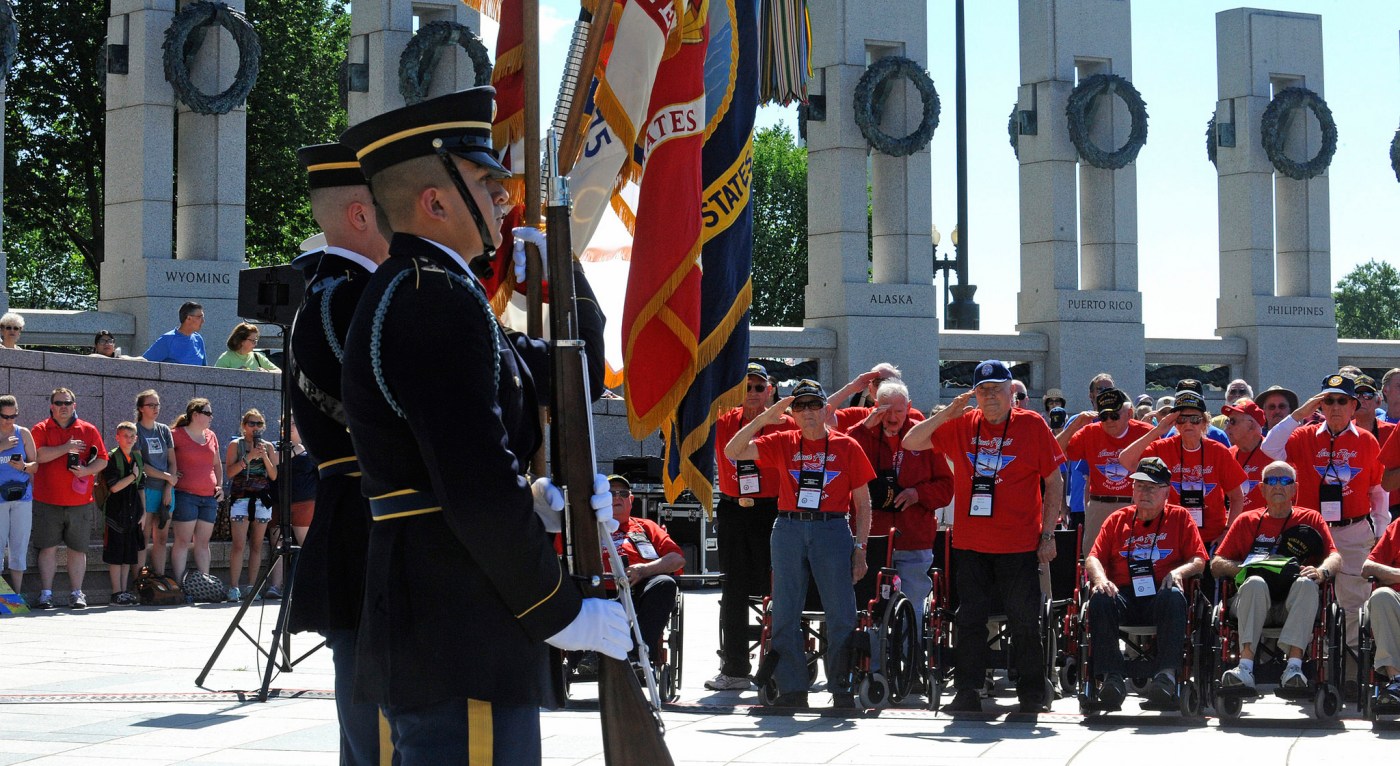 Seventy-two years ago, more than 160,000 Allied troops stormed the beaches of Normandy. General Dwight D. Eisenhower included in his message to the troops, “we will accept nothing less than full victory,” and that is exactly what was delivered. Nazi-Germany had heavily fortified the 50-mile stretch of beach, but the Allied forces brought in at least 5,000 ships and 13,000 aircraft to support the invasion. More than 9,000 Allied Soldiers were killed or wounded, and their sacrifice led to the movement across Europe to defeat Adolf Hitler.

Today, at the World War II Memorial in Washington, D.C., Veterans and their community gathered to honor those that fought on D-Day. The ceremony was traditional: Veterans of each generation paying their respects, friends and family observing, a few keynote speakers delivering speeches and media standing by to capture it all. But, when they played a poem titled “Omaha Beach” written and narrated by WWII Veteran Peter Thomas, the importance of this day was truly exhibited. The stanzas of Thomas’ poem are a deep, transparent look into the experiences had on June 6, 1944.

“…But we just kept coming in from the sea
Wave after wave, as far as you could see
Sheer courage and determination
Not believing they were done
Dictated the victory that day.”

The sound of a trumpet playing “Taps” concluded the ceremony.

Afterward, I wandered around the crowd and talked with the WWII Veterans. The stories these men told were admirable, yet humble. Henry Tussey was 19 years old when he manned a machine gun on a Higgins boat, ferrying assault troops starting with the second wave onto Omaha Beach, and returning wounded to the transports through the day. Harry Miller fought in the Battle of the Bulge, and then went on to serve in Vietnam and Korea. I asked Herman Zeitchik about the most significant moment during his service. “All the bullets missing me and getting to the other side,” he said. “Retirement,” replied Miller, to the same question.