A safe place: One Veteran’s experience with prolonged exposure therapy 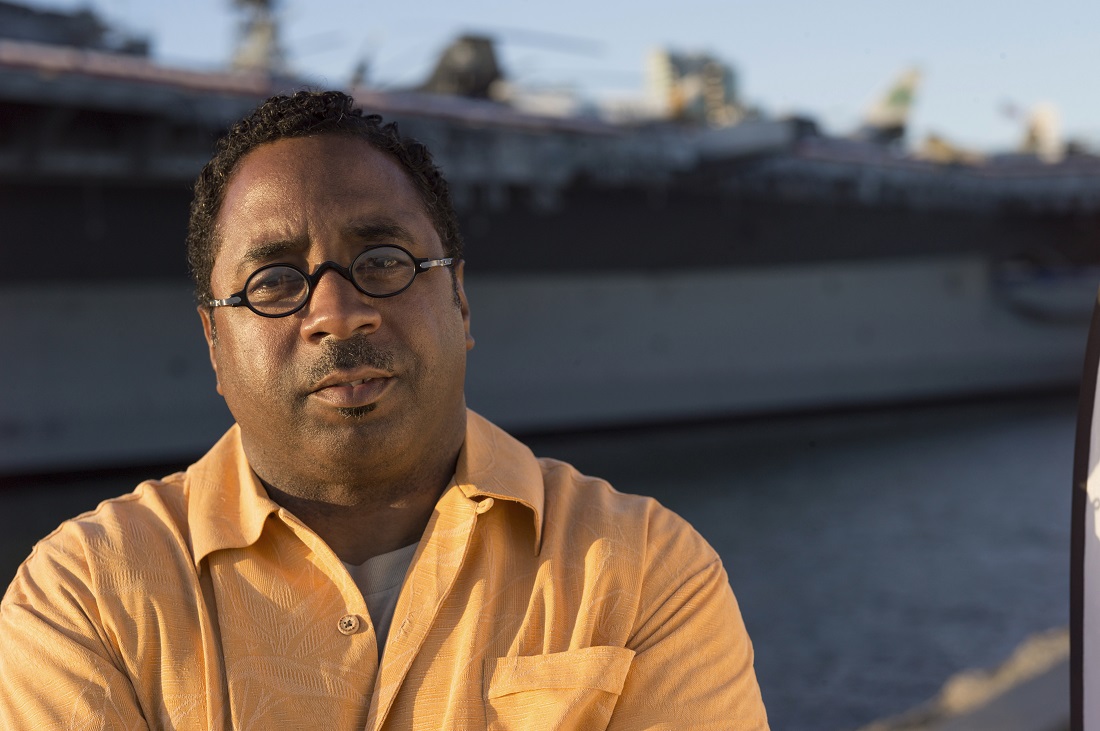 Fred Gantt spent 24 years in the military –with the Navy in Desert Shield/Desert Storm and with the Army in Operation Iraqi Freedom.

He served as a corpsman in a Marine ambulance unit, working to triage, and stabilize wounded soldiers, and then to transport them to the next level of care. He frequently experienced live fire and saw a great deal of bloodshed, but one experience had an especially lasting impact: seeing his unit’s young driver die in a grenade explosion after using his body to shield a wounded soldier.

“He reminded me of my own son,” Gantt says.   “The anger that came after the insurgents fired that rocket … it was highly, highly felt.”

After so many encounters with insurgents and the traumatic loss of his comrade, Gantt grew distrustful of anyone outside his unit. He was so wary that once he pulled a weapon on an elderly woman. He knew something was wrong.

“I wasn’t brought up to be like this. She could have been my mother,” he says.

At home, Gantt’s problems continued. He was angry. His relationships with his family were strained. He had a hard time holding a job. He rarely went out in public. Most of all, he avoided thinking about his experiences as much as possible.

With his life spiraling downward, Gantt reached out to the San Diego VA Medical Center, where he was diagnosed with PTSD.  Among his therapies was Prolonged Exposure (PE), which required him to face the memory of his trauma head on.

Gantt had pushed the traumatic events he’d experienced into what he called “a locked closet.” But his experiences were affecting him in ways he didn’t fully understand. Perhaps most importantly, they were damaging his relationship with his family.

After much soul searching and with the support of his wife and his pastor, Gantt began PE.  He’d open his locked closet of traumatic memories, and he’d have to trust his therapists. But some of the VA therapists were civilians and for Gantt, trusting a civilian with his most painful wartime memories would be extremely difficult.

Gantt steeled himself for the hard work ahead. As painful as it might be, talking about the trauma with his therapist would open the door to healing. In therapy, trauma survivors close their eyes and describe the traumatic event in detail as if they were living through it again. Later they listen to recordings of the session over and over in the privacy of their own homes.

Gantt knew that telling his story would be hard, but he was unprepared for the intensity of the experience.

Feeling more at ease than in years

Once he felt even a slight change in his level of distress, Gantt could see he was on the right track.

Like many patients in PE, Gantt found that the more he retold and listened to his own story, the more the memory loosened its grip. He began to feel more at ease than he had in years.  He found it easier to talk to his wife.

Another component of PE called “in vivo exposure” involves making a list of those places and situations a trauma survivor most desperately wants to avoid, picking one, going there and remaining until the distress level drops.

Gantt found it painful to be in crowds; he couldn’t drive under bridges; loud noises could set off a panic attack; and most challenging of all, he found it impossible to be around Middle Eastern people. So he chose to spend time in a Middle Eastern restaurant.

Could he take the tools he had learned in his therapist’s office and apply them to the outside world?

Twelve weeks after beginning PE, Gantt had grown dramatically more comfortable in the world, feeling safe and at home. He realized that it was the memories of the trauma – the ones he tried to lock away – that were, in truth, holding him prisoner.

With this understanding he could take control of his life.

Evidence of how far he’s come

“I can actually listen to the news and not feel my distress level rise so high because of what I was hearing about in the Middle East,” he says.

Today, Gantt continues to practice his “in vivos” on his own.  Doing so reminds him of his progress, and provides real, everyday evidence of how far he’s come and how much better he’s feeling.

In addition to his pursuit of a master’s degree in divinity, Gantt continues to help others.  He serves as a peer support specialist in the mental health clinic at VA San Diego, working with other Veterans who have been through trauma, offering his experience and support as they go through their own therapy.

Gantt attributes much of his success to his completion of PE. He is now able to focus on the present, not the past.

“Part of me was still in Iraq, still on the field, and still angry at people that didn’t do anything to me,” he says. “When I got this in its perspective, I came home. It feels good to be home.”

You can see the entire AboutFace video “Therapy Story” about Frederick Gantt online at www.ptsd.va.gov.

For more information on PTSD and ways to raise awareness throughout the year, visit the National Center for PTSD website. This site offers resources such as: