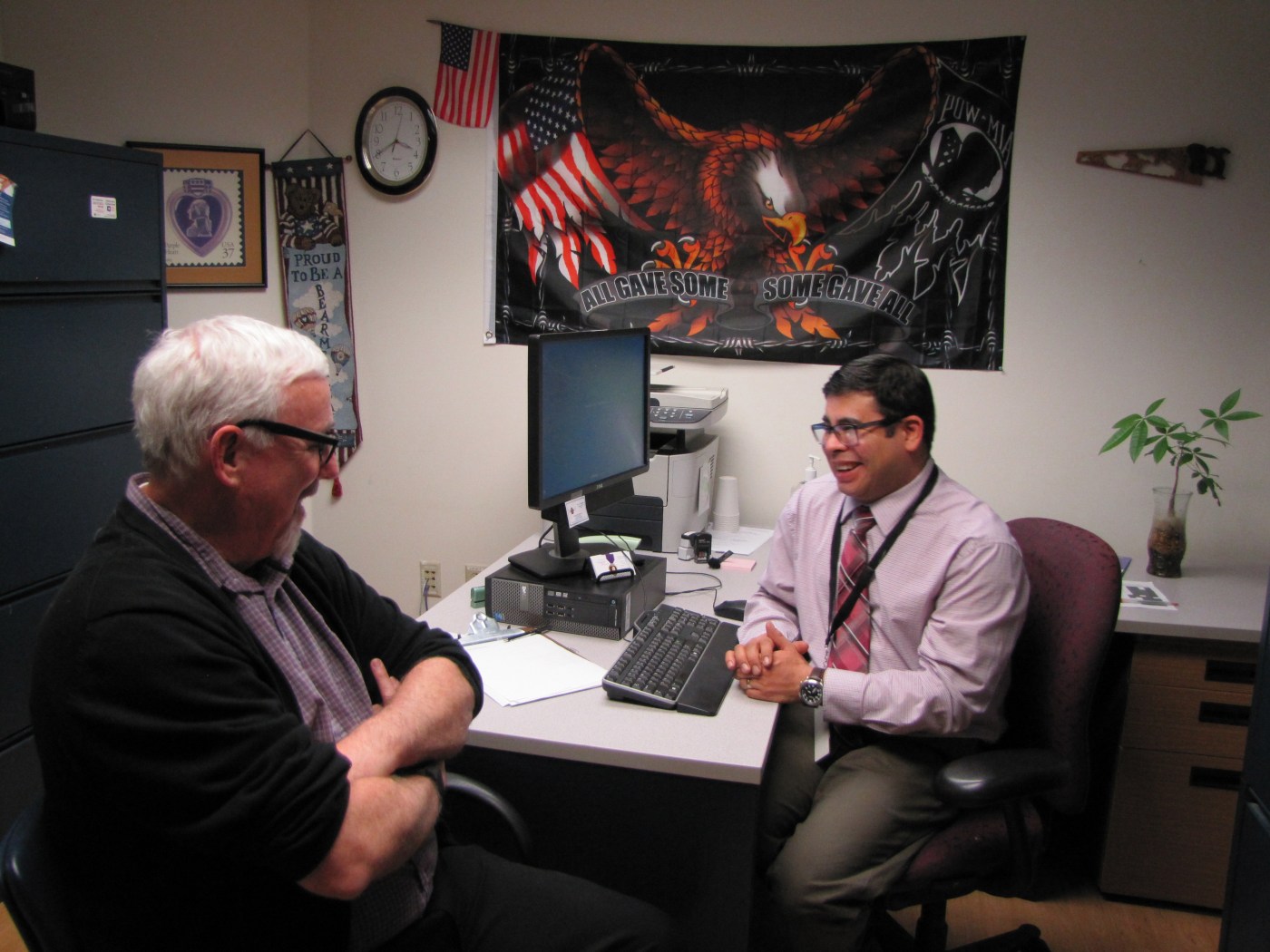 Social work in VA celebrates 90 years as a profession this June. As a way to celebrate, we are sharing the stories of various VA social workers. Steven Alejandro Armendarez is a VA social worker and a Veteran. Here is his story:

Armendarez’ personal story is one of perseverance, courage, resiliency, and dedication. Growing up in south Texas, Armendarez was told at an early age that he wouldn’t amount to much of anything and that he should drop out of school and come to terms with the fact that he would work an entry level job the rest of his life.

Armendarez, with a spirit of determination and perseverance, beat the odds and was the first in his family to graduate from high school. In order to further himself, Armendarez worked two jobs and joined the Army so that he could achieve two goals: serve his country and get an education.

Armendarez was active duty from 1993 to 1997 serving as a 91 Bravo 10, medical specialist, and certified emergency medical technician. He served in two campaigns: Operation Restore Hope in Somalia and Operation Uphold Democracy in Haiti.

After the Army, Armendarez knew he wanted to spend his life helping other Veterans. While working as a medical support assistant at the Syracuse, New York VA Medical Center, Armendarez came into contact with VA social workers. His eyes were opened to the amount of change social workers were doing in the lives of Veterans and he made it his goal to pursue a masters in social work. With the help of Vocational Rehab, Armendarez was able to obtain his masters degree, making his social work dreams a reality.

Armendarez is assigned to the Acute Medical/Surgical Care department at the Syracuse, VAMC where he is committed to serving Veterans. As a Mexican-American, he has the unique ability to connect on a deeper level to other minority Veterans.

Armendarez says many minority Veterans feel a part of the team while on active duty, but a sense of separateness tends to re-surface upon returning home. “Some minority Veterans might not ask for or feel that they deserve all the services they are entitled to.”

He explains that one of the barriers he experienced was not knowing what benefits he was entitled to and now makes it his mission to advocate and support these minority Veterans so that they receive the comprehensive care, treatment, and benefits that they deserve.

When asked about the most rewarding part about serving in the Army, Armendarez says it was definitely the sense of pride that he felt, pride for his country and pride for his fellow Veterans. Through his military experience, he learned the discipline of serving others as well as the importance of doing your part for your country.

Priority: Respect for all Veterans

One of Armendarez’ most well developed talents is his leadership skills. Through observation and experience, he has cultivated the necessary leadership skills to truly make an impact on those he serves. He remembers the many times he has seen the mis-use of power and the crippling effects that has on one’s morale. Armendarez makes it his priority to always lead by positive example and always show respect.

Armendarez’ experience in the Army has truly made him a better social worker in VA. His military service shaped him into the social worker he is today. “Making eye contact with your client, having a positive attitude, and fostering connection with your client is invaluable to providing care across the continuum.”

As a patient advocate and Veterans Champion Board member, Steven Armendarez exemplifies what it means to be a leader. He always remembers the true reason why he does what he does is because of his passion and dedication to serving our nation’s heroes.

We thank Steven Armendarez for his service and continued dedication to social work in VA.