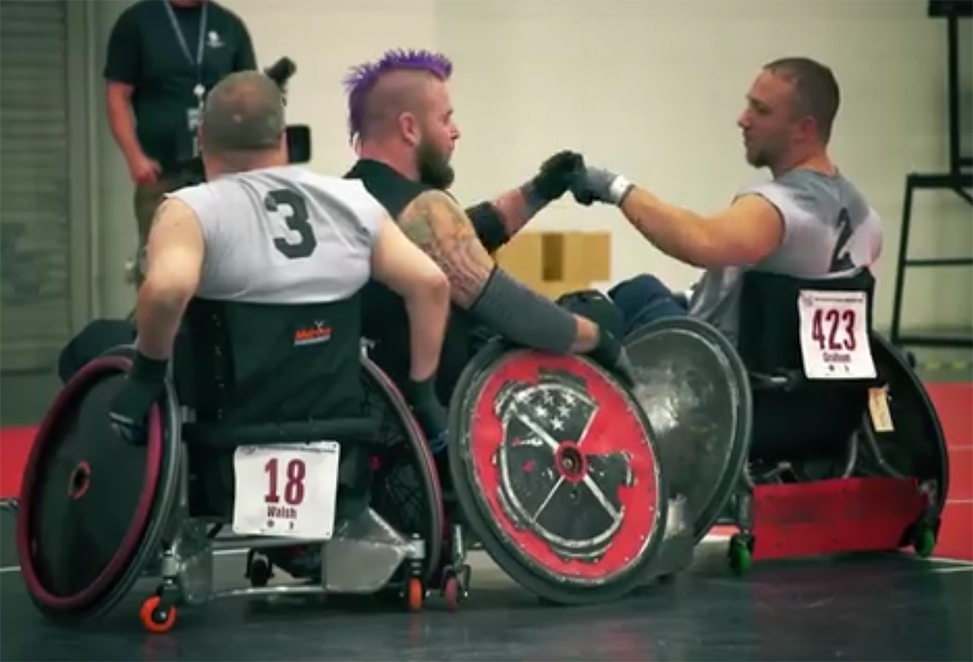 I recently had the opportunity to attend the 36th National Veterans Wheelchair Games in Salt Lake City thanks to the Paralyzed Veterans of America, Oregon chapter.

I enrolled in five events: slalom, field events, archery, softball and basketball. My week started out participating in the media kickoff basketball game. The city turned out to cheer us on and the Games were underway.

Tuesday marked the first day of competition and I was opening with an 8 a.m. basketball game. It turned out to be the game of the tournament, as we fell in the final seconds when Team White laid the ball up for the 2 point victory. My team pushed on and finished up by winning the next three games to take home the bronze.

Softball filled up my evenings and what a great team I was given the chance to play with. On the opening night, we overcame a 9-4 deficit with a 10-run rally in the 7th inning. We eventually played in the championship game but came up one rally short, losing 6-3.

Shot-put, javelin and discus were nice to me netting gold-silver-gold respectively. After a scratch in the slalom, I was able to put up a personal record in archery with a 632/720 for gold.

I think the best time for me was had on HP Kids Day. It is a day where local children with disabilities are invited out to come participate in some of the events that are held. This year we had a strong turnout of 16 children. Eighteen Wheelchair Games competitors were selected as mentors and guided the youth through basketball, slalom, and softball. By the end of the hour there were smiles on everyone’s faces and I’m guessing they stayed for hours as mine did.

My week at the VA and PVA hosted Games ended with a very special award. I was selected as the “Spirit of the Games” recipient, which caught me by surprise. The Games for me are an opportunity to see old friends, but foremost to reach out to the new faces and do everything we can to make their experience everlasting. To be recognized by my peers was such an honor, but more it is a reflection of the rehabilitation that I was afforded in a VA Hospital in Seattle.

Since I was left speechless on the evening the award was presented I would like to say a few things I missed. A thousand thank yous go out to my team that helped me rehabilitate back in 1999. Dave Tastenrude, Kendra Betz, Dr. Little, Marguerite David, Merlita Affholter, Carrie Booker, Elaine Rogers and a list of others, this award is as much yours as it is mine. Without your assistance I would not be the man that sits before you today.

Jeff DeLeon was an aviation electrician in the U.S. Navy when he was involved in a single-car accident in 1999 that left him a T 5/6 paraplegic. Jeff has since then led his local chapter of Paralyzed Veterans of America before moving on to assist those with disabilities across our southern border in Mexico. Jeff says that his ability to adapt to life in a chair was in large due to the VA system making sure he had all the tools and skills necessary to conquer all obstacles. Jeff is currently competing in archery with his sights set on becoming a Paralympian.