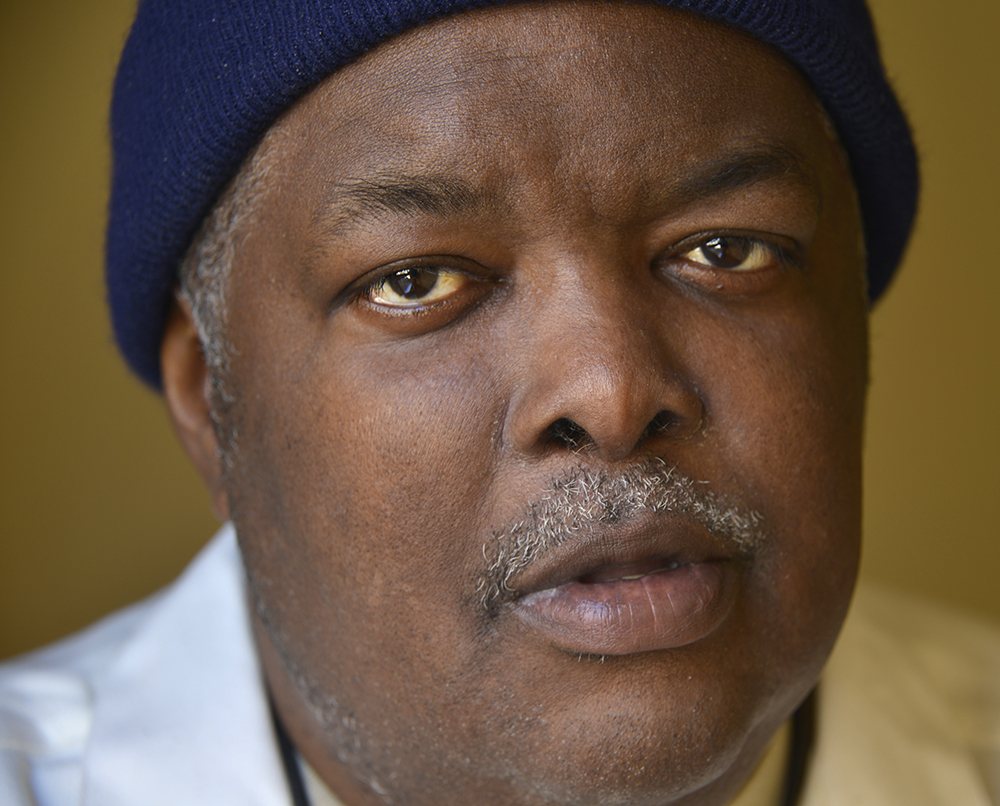 German A. Leon was born in Panama. He moved to the U.S. as a teenager with his mother and two sisters, and enlisted in the Army at the age of 18. According to Leon, much of his life following military service is hazy, and he can’t recall details other than he had lived with his mother and sisters as a young adult.

Veteran German Leon at the Gateway facility in Atlanta, which provides temporary shelter for homeless Veterans.

“I asked him how long he had been wandering around homeless, and he replied ‘years and years’,” Green said.

Now 53, Leon had been homeless for nearly half his life and for 10 years in the Atlanta area. He’d been living in parks, wooded areas, under highway overpasses or in temporary homeless shelters. He had no identification of his own, which was needed to apply for benefits, housing or for him to receive assistance of any kind.

Leon had not had contact with his family for at least 22 years, and couldn’t begin to guess where they might be. He knew their names, which he shared with Green. It was a start.

A group of VA social workers from Atlanta began the search for Leon’s family using sites like People Search and through contact with the U.S. Immigration office. When they hit a dead end, one of them suggested turning to social media — in this case, Facebook — as a resource.

With Leon’s permission, they used fragments of information from People Search to craft a Facebook post, including the names of Leon’s two sisters.

The next day, Green received a phone call from one of the sisters. She’d seen the post and asked Green if it was a joke. Green assured her that it was not; her brother was being cared for by VA. The sister said that the family had been looking for Leon, and expressed that she wanted to come pick him up so they could be together.

“I’ve been a social worker for 30 years and I’ve never experienced a case like this,” Green explained, saying it reminded her of “why I do what I do and why I choose to work for the VA.”

With help from the sisters, VA staff was able to collection missing information about Leon, including his original immigration documents and reunite him with his sister. Unfortunately Leon’s mother passed away earlier in the year.

The sisters say their mother “never gave up hope” that Leon would come home someday.

Leon now resides with his sisters in Charleston, South Carolina.

The care VA provided Leon was arranged through the Healthcare for Homeless Veterans program (HCHV), which aims to provide temporary shelter for homeless Veterans. The goal of the program is to reduce homelessness among Veterans by conducting outreach to those who are the most vulnerable and not currently receiving services and engaging them in treatment and rehabilitative programs.