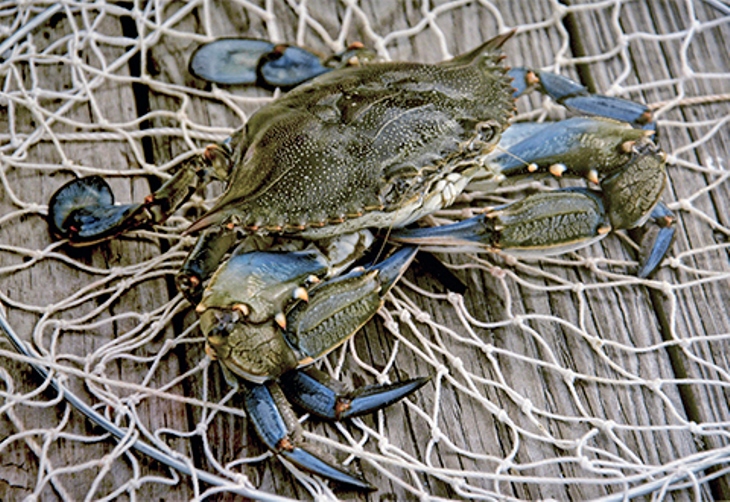 Charleston VAMC patient and Air Force Veteran Ed Waldrop, an accomplished photographer based South Carolina’s Lowcountry, will soon be able to add another award to his growing list of accolades. This summer, Waldrop’s photo of a blue crab captured on the South Carolina shore placed third nationally in the color photography category of the National Veterans Creative Arts Festival.

This October, 120 of the country’s best artists and performers will gather in Jackson, Mississippi, to showcase their artistic, creative writing, dance, drama and musical talents at the 2016 festival. These performers and artists will represent the winners among thousands of Veterans from VA medical centers across the country who entered the year-long, national fine arts talent competition.

The National Veterans Creative Arts Festival began as a way to recognize the progress and recovery made through rehabilitation therapy offered at VA, and raises the visibility of the creative achievements of our nation’s Veterans. Known as the “City with Soul,” Jackson is the perfect setting to host Veterans to exhibit the talents and gifts that, in many cases, helped them cope with disease and disabilities, as well as the lasting effects of combat and service.

This wasn’t Waldrop’s first introduction to the festival. Waldrop worked as a VA chaplain after his years in service. While in Colorado, he was offered the opportunity to serve as a volunteer at the 2005 National Veterans Creative Arts Festival. When Ingels mentioned the competition to him, Waldrop saw that he could be involved in the festival in a whole new way.

“At first, I didn’t think this competition was for me,” Waldrop says. “But Ms. Ingels was so encouraging. She said, ‘No, you’re a Veteran too.’ She understood that being able to present something that means so much to me could really be helpful.”

Waldrop is excited about his win, but mostly grateful that to have found a new audience among fellow Veterans.

“It is a real stamp of approval for my work,” he says.

Waldrop first became interested in photography in 1978 while interning as a videographer at WCIV News in Mount Pleasant, South Carolina. Though his focus was in videography, Waldrop became a skilled photographer as he learned the basics of composition and lighting. However, it wasn’t until much later that he learned to love and appreciate the creative process of photography.

Around the time Waldrop left the Air Force in 1989, he was diagnosed with the degenerative eye disease, retinitis pigmentosa. As the years progressed, Waldrop’s vision has become progressively worse; today he is considered legally blind with no peripheral vision and limited central vision.

As his vision deteriorated, Waldrop began to think back on the things he enjoyed and remembered his natural skills in photography. What had always set his photos apart was the unique perspective he’d lent to his pictures. Though his field of vision was narrowing, Waldrop’s outlook for what he could still contribute broadened. He realized that through his camera’s lens, he could still show others the world from his perspective.

“In the midst of losing my sight, I felt like I had to give up so much. But God gave me ability to express myself through an art form. And that’s something few people are able to do. I’m really just grateful for this gift,” Waldrop says.

Since delving into photography, Waldrop’s military-themed photos have appeared at the Kroc Center in Augusta, Georgia. More recently, his photos were displayed in the Lowcountry Artists’ Gallery in historic Charleston.

Though he’s garnered considerable attention for his photography, Waldrop also has a distinct passion for creative writing. He appreciates the outlet as one that allows him to “create” images rather for people to enjoy rather than simply to “take” them. Waldrop also submitted a piece to the creative writing divisions. Now he appreciates the day Ingels encouraged him to particpate in the festival.

“She really took the time to make sure that she was taking care of the Veteran in the chair next to her. And that Veteran just happened to be me.”