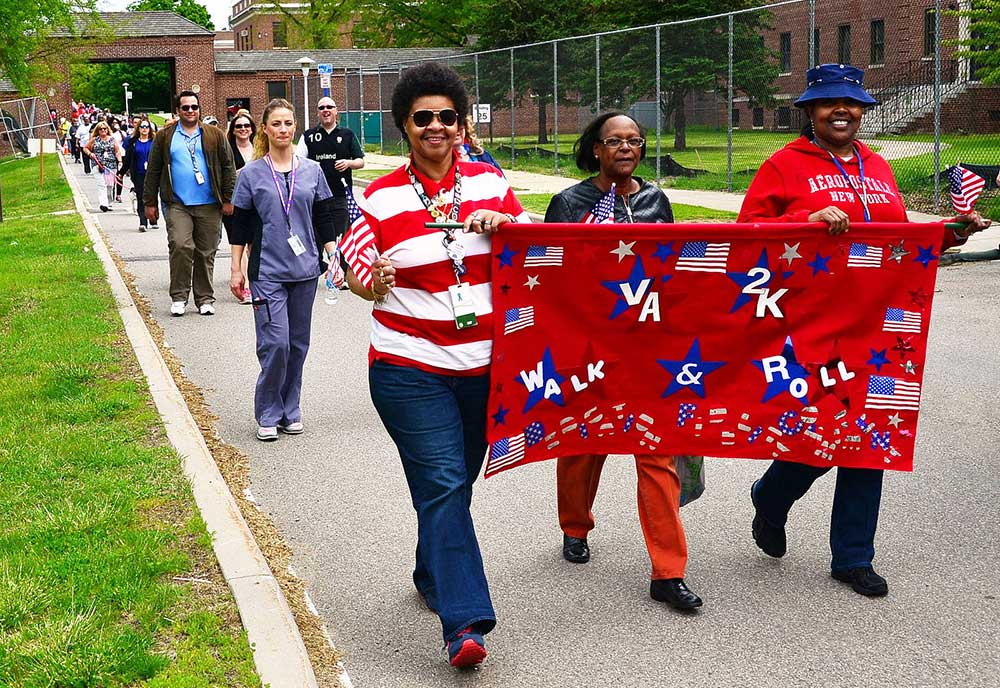 Taking a step toward a more active and healthy life, more than 19,560 VA employees and 8,160 Veterans participated in the recent 2016 annual VA2K Walk & Roll event.

The event also benefited homeless Veterans as participants made voluntary donations in the form of items such as clothing, toiletries, food and water that had an estimated value of more than $384,800, an increase of more than $56,750 from 2015.

“We were very excited to see the amount of participation by employees and our Veterans,” said Sandra Schmunk, program manager for the Veterans Health Administration’s Employee Health & Well-Being group, which sponsors the VA2K.

“A chance…to come together to focus on health and helping homeless Veterans.”

Since 2011, the VA2K has generated the donation of items with an estimated value of more than $1.73 million to help homeless Veterans.

According to Schmunk, not only did the value of the donations increase over the previous year, but so did the number of VA employees and Veterans participating.
“It’s fantastic to see this event grow each year,” She said. “This is a chance for VA employees, Veterans and the local community to come together to focus on health and helping homeless Veterans.”

According to Schmunk, employees from across VA, including VA Central Office, VHA, Veterans Benefit Administration and the National Cemetery Administration participated in the event.

She also noted that walking or rolling in a wheel chair are fantastic ways to stay active and a positive method of managing everyday stress.

The annual event is held in conjunction with National Employee Health Day and this year was held at more than 160 VA locations nationwide.