Sec. Bob McDonald: Looking back on two years of successes and future opportunities to improve services for Veterans 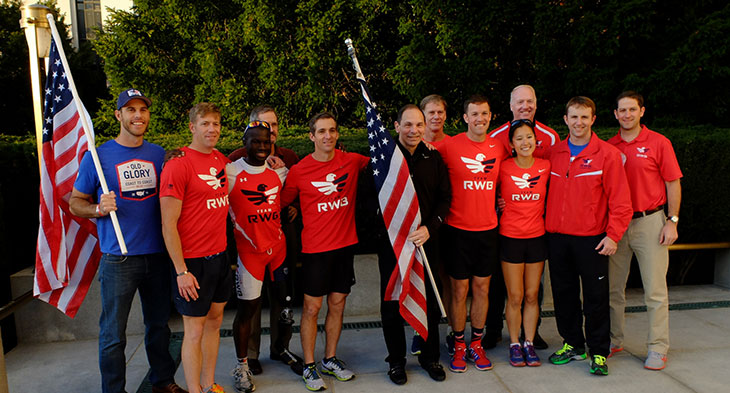 This past weekend marked two years since I took this job, and in that time, I have thought about my service in uniform every day. It feels like it was just yesterday, but in reality, I’ve been out of the Army a long time now, almost forty years. The military has changed a lot in those decades: new technologies, new uniforms, and new acronyms, just to name a few. Some things haven’t changed at all, though. Our troops today still wake up before the sunrise to do PT. They still do more before 9 a.m. than most people do all day. They still sit around under trees during leadership development classes listening to their superiors talk about how much harder it used to be, and look up to those men and women who blazed the trails before them.

Many of you probably remember that commander, or first sergeant, or squad leader, or master chief, with their war stories that were equal parts awe-inspiring and lessons learned. You took comfort in knowing that the person at the head of your formation had been there and done that and lived to tell about it so that you could be better trained and prepared for whatever lay ahead. I certainly do, all these years later. For me, it was a gentleman named Buzz McKay, an Airborne Ranger who served in Vietnam and was later the commander of the Jungle Warfare School in Panama. Buzz was a “soldier’s soldier,” and I would have followed him through the fiery gates without a second thought. He took care of me and his troops like his own children, and many years later, we caught up near Fort Benning, Georgia, and he reminded me why I took this job in the first place.

Buzz is a guy who would never ask for help, but would give you the last drops from his canteen in the jungle. Over the last two years, I’ve tried to make VA worthy of his selfless service and the sacrifices he made on behalf of our country. He is just one of many incredible people I served with or met along the way that push me every day to make the VA better, and looking back, it is these people that have made this job such an honor.

I believe that we are here on this Earth for our relationships. First with God; then with family; and then with friends and fellow citizens. I’ve traveled all across the country and have visited so many of our medical centers and clinics, and it’s the Veterans and their families that I meet that I will never forget. It’s amazing to hear their stories of service both in the military and what they have done since. It’s heartening to hear that VA has been there for them when they needed us, and frustrating to hear when we haven’t. We aren’t perfect. No one is. But my teammates and I wake up every day to try and get as close as we can.

I’ve been fortunate to spend every day of this journey at VA with someone I love, and that is my friend of 45 years and your deputy secretary, Sloan Gibson. Sloan and I lived next door to each other during our senior year at West Point and graduated in the same class, and he’s had my back ever since. Doing work you love with someone you love is the ultimate privilege, and I am fortunate enough to have him as my battle buddy here at VA.

I’m often asked what has most surprised me in taking this job, and the thing that has stood out the most is VA’s contribution to American medicine. We spend billions in medical research every year, and have invented some vital technologies that you have probably heard of or used yourself, like the nicotine patch to just name one. We also train more than 70 percent of the nation’s physicians through our partnerships with medical schools, and we are largest single employers of nurses, social workers and mental health professionals in the country.

As you have likely heard, and the president noted in his remarks this week, we’ve made tremendous changes across VA in the two short years since I arrived, from expanding Veterans’ access to healthcare and bending the curve on ending Veterans’ homelessness to dramatically reducing the disability claims backlog and starting to change the appeals process to be more Veteran-friendly. We have also made tremendous strides to put Veterans and their families at the center of everything we do, and that’s not some slogan; it’s a way of doing business.

The opportunity for VA to improve a Veteran’s life is really inspiring. When I was in Tucson, Arizona, last year, I met a gentleman who used to be homeless living in the desert before someone at VA found him. He came in and got his healthcare needs taken care of and then started on his college degree using the GI Bill benefits he had earned. He has since gotten a master’s degree and now works for VA as a peer counselor helping other homeless Veterans come out of the exact conditions he used to live in. I hear those stories every day, but usually the media doesn’t cover them.

Despite what you may hear, VA continues to help more and more Veterans every year, because as we improve care, we enroll more Veterans to care for, which is exactly what we want. We and our VSO partners know that the best place for Veterans to receive care is at VA, and we are working to make that care as accessible as ever through same day access, telemedicine, increased clinical space, and on and on as part of our MyVA transformation. I know I’ve seen a real difference in our facilities and our staff over the last two years, and I hope you have too. If you haven’t been by in a while, I hope you’ll give us another chance.

Two years into this job, I am as optimistic as ever about the future of the VA and America’s Veterans generally. There is a lot more work to do, but I am excited to lead VA in this time of great opportunity as we take on tough challenges and make a difference in the lives of such amazing men and women who have done so much for our country. After everything this nation has given to me and my family, it’s a privilege to be able to give back to my fellow Veterans.