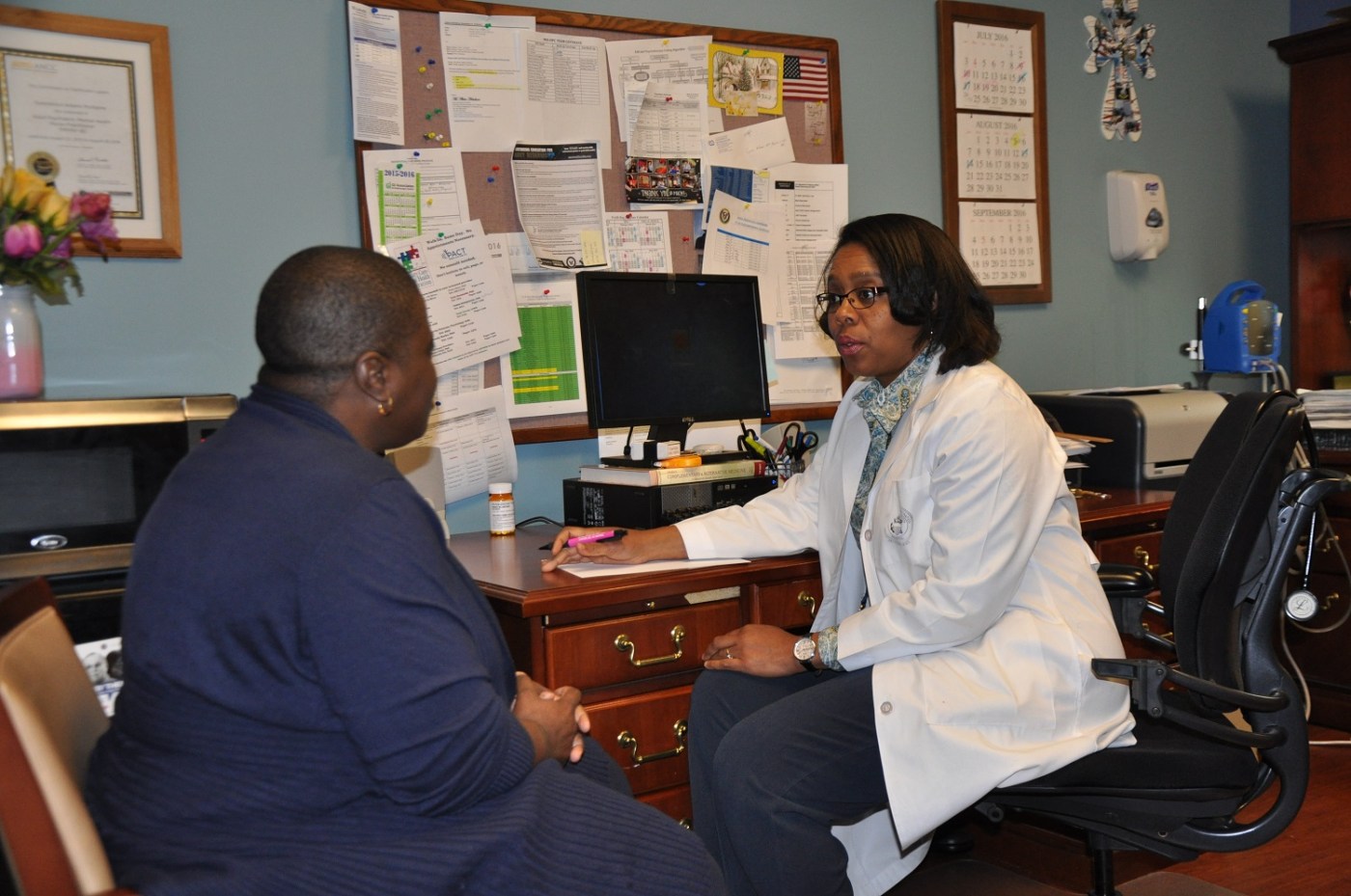 Dr. Mary Jane Burton has one simple goal:  eliminate the silent killer known as Hepatitis C from the Veteran population.

“We call that our wildly fantastic goal, but we’re getting there slowly but surely,” said Burton, an infectious disease specialist at the VA Medical Center in Jackson, Miss.

Hepatitis C is a contagious liver disease, a viral infection that if left untreated can lead to cirrhosis of the liver or liver cancer.

“But you can’t treat someone for Hep C unless you know they’re infected,” Burton observed.  “That’s why screening for it is so critical, and that’s why VA hospitals and clinics all across the country actively screen for this infection.”

Burton and her team came up with a simple but efficient strategy to make sure they were screening as many Veterans as possible:  they began testing any Veteran who entered the residential substance use disorder treatment program at the Jackson VA.

According to the Centers for Disease Control and Prevention, Hepatitis C is most commonly transmitted via contact with blood from an infected person, primarily through the sharing of contaminated needles, syringes or other injection drug equipment.

Burton said she and her team last year were able to screen nearly 100 percent of Veterans entering the substance abuse program at Jackson.  That’s nearly 280 patients.

“We discovered that one in five of these patients had Hep C,” she said. “Of these infected patients, 25 percent were brand new cases.  That means when they walked in here they didn’t even know they were infected.”

Burton said she feels that successfully treating someone for Hepatitis C is like giving them a second chance at life.

“I tell my substance use disorder patients, ‘We can diagnose you, but we can do more than just diagnose you.  We can help you overcome your addiction to drugs and alcohol and also get rid of your Hep C at the same time.’”

The physician described Hepatitis C as a patient, quiet killer that can take 20 years or more to do its damage.

“There are few symptoms, at least initially, so if you don’t get tested you won’t know you even have it,” she explained.  “Sadly, you generally won’t experience symptoms until the end-stages of the disease, and then it can be more difficult to treat.”

“Three out of four people with Hep C don’t know they have it.”

Not that long ago, treatment for Hepatitis C was an exhausting, unpleasant experience, the physician noted.

“You had to get weekly injections and take several pills twice daily,” she said.  “And you had to do this for 11 months.  On top of that, the side effects were pretty bad.  You felt like you had the flu.”

Burton said there are new medications available that make the treatment experience much less disagreeable.

“It’s often just one pill a day for 12 weeks,” she said.  “That’s it.  And the symptoms are considerably milder.  Take your pill every day and you’re cured more than 75 percent of the time.”

Burton, who’s been working at the Jackson VA for 10 years, said her big challenge now is getting patients to stay on their Hep C meds until their treatment is complete.

“We can cure you,” she said.  “But with some patients, especially those who have substance use disorder, it can be hard to convince them to take their meds consistently once they leave our program.  We’re working on ways to address that challenge…

“You can counsel somebody, you can tell them what’s eventually going to happen to them if they don’t take their meds, but that doesn’t mean they’re going to follow through.  So we’re working on that aspect of it.”

Burton said she derives a deep sense of purpose and satisfaction from the work she does at the VA.  “Giving people hope gives you a good feeling,” she said.

“Also, this is a very exciting time because we’re getting to a point where we can actually rid the Veteran population of this disease.  It’s achievable.  And the entire VA is working on it together.  That’s exciting.”

To learn more about getting screened or treated for Hepatitis C, visit www.hepatitis.va.gov/provider/reviews/screening.asp