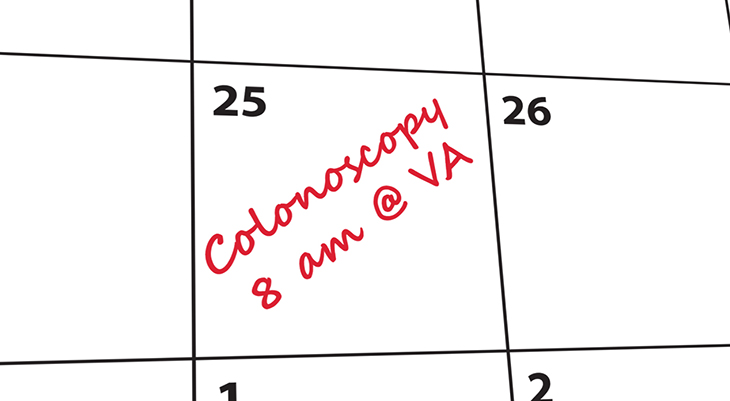 Colorectal cancer is both common and lethal.  It is the second most common cause of cancer death in the United States. But, importantly, this cancer is preventable through screening, which looks for disease before signs or symptoms develop. There is very strong evidence that screening for colorectal cancer can significantly reduce the likelihood of death from this disease.

Just recently, the most authoritative body that releases guidelines about screening in the United States — the United States Preventive Services Task Force, or USPSTF — released new guidance about colorectal cancer. Based on evidence supporting screening, the USPSTF issued the highest “Grade A” recommendation for screening adults age 50 –75 for this cancer.

Interestingly, the newest guidelines are less directive about which test to use to get screened than they had been in the past. There are multiple options, including the use of non-invasive approaches (such as testing stool for evidence of blood) or more invasive testing using flexible endoscopes inside the body (like colonoscopy).

According to the USPSTF, there are multiple reasons for being less directive about which test to get. Most importantly, probably the single most important factor in choosing a screening test is whether the individual is likely to complete it. In other words, getting screened is the most important factor; the specific test is of secondary importance.

A second reason for not favoring one specific test is that the evidence comparing different tests is not good enough to make such a recommendation.

Specifically, the study will compare an annual stool-based fecal immunochemical test (or FIT) to a one-time screening colonoscopy. The study is intended to provide a definitive answer to the question of which test is best by studying an outcome that really matters to practitioners and patients — colorectal cancer mortality. However, to study such an important outcome requires many, many trial participants. In fact, the target recruitment for the trial is 50,000 Veterans.

While ambitious, the study is making great progress towards its recruitment goal, thanks to the help of tens of thousands of Veteran volunteer study participants and dozens of dedicated study coordinators across over 40 VA centers. In fact, the trial recently reached a milestone of sorts. Approximately 40,000 participants have already enrolled in the study. This makes CONFIRM the largest clinical trial ever sponsored by the VA Cooperative Studies Program (CSP), and by VA in general. VA Cooperative Studies has a long and important history of funding landmark trials that have helped doctors understand how to treat those affected by common conditions like hypertension and prostate cancer. Like many other CSP trials, CONFIRM is directly addressing one of the most important clinical questions that practitioners face on a daily basis.

While the study is well on its way to its recruitment target, the results of the study are still many years away. So, what should Veterans do about colorectal cancer screening in the interim? The answer to that question is easy: Get screened for colorectal cancer with any of the currently available options. As has been pointed out by others, in many ways, the “best” screening test is the one that gets done!

Jason A. Dominitz, M.D., M.H.S., is VA’s national program director for gastroenterology and gastroenterology section chief at the VA Puget Sound Health Care System. He is also a professor of medicine at the University of Washington School of Medicine.

Douglas J. Robertson, M.D., M.P.H., is chief of gastroenterology at the White River Junction VA Medical Center in Vermont, and an associate professor of medicine at the Geisel School of Medicine at Dartmouth and the Dartmouth Institute. Together, they serve as co-chairs of the CONFIRM trial.