“VA gave me my sanity back … and my sobriety.” 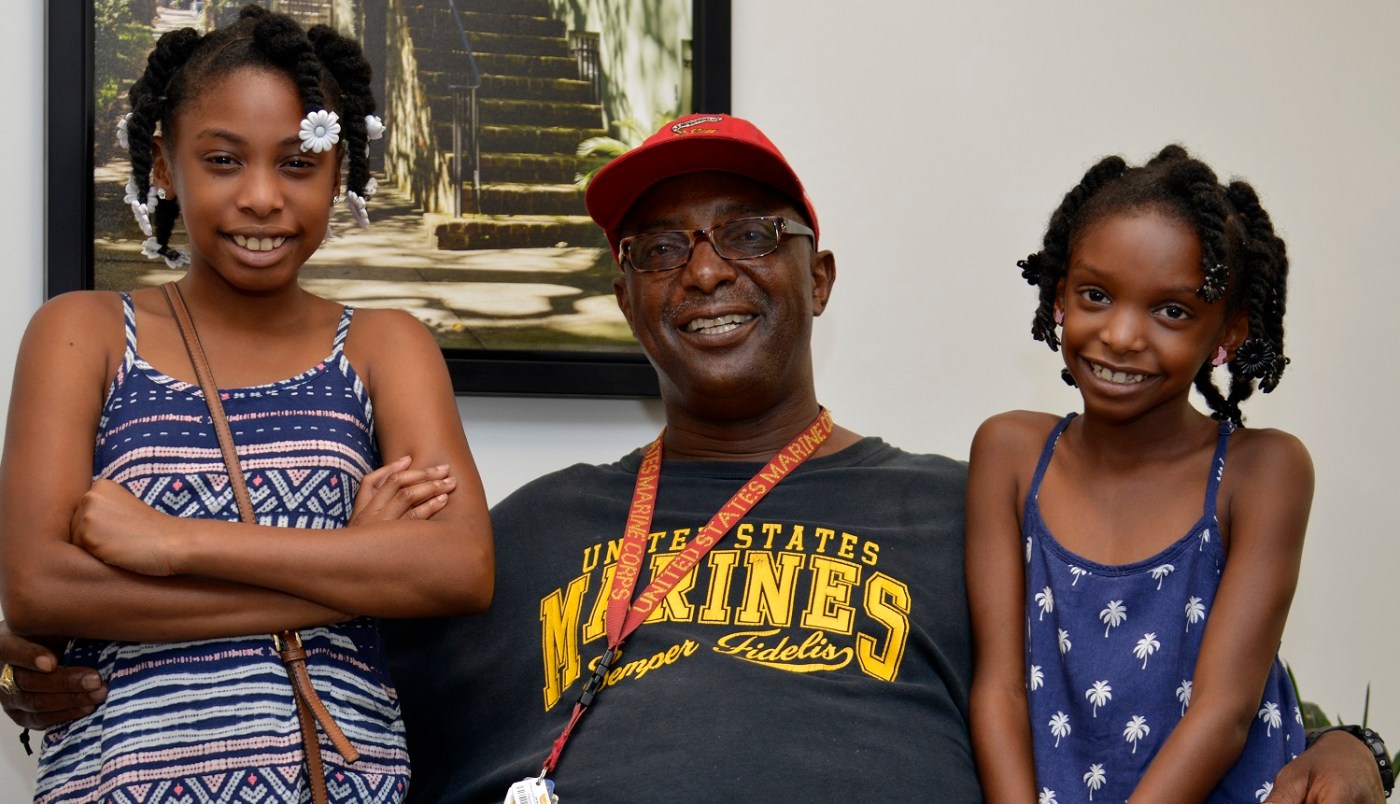 Marine Corps Veteran Wayne Moore Sr. won’t deny that the Department of Veterans Affairs has some problems it needs to work on.

“Like any large bureaucracy or institution they have some serious problems, which some are quick to criticize,” said the 59-year-old Charleston, S.C. resident. “Some of it’s justifiable. But I wonder why nobody takes the time to commend the good things the VA has done, and is doing.”

He added: “VA employees are some of the most dedicated, hard-working, compassionate, caring and unappreciated folks it has been my honor to know. They treat me like I’m second to none. As far as I’m concerned, Johns Hopkins ain’t got nothin’ on my VA!”

Moore, who spent 18 years in the Marines, said the good folks at the Charleston VA have been there for him time and time again over the years. “They really circle the wagons around you,” he said.  “I’m grateful to them for that…

“I’m a cancer survivor,” he continued. “I was diagnosed with prostate cancer here at the VA. They’re the ones who found it; they diagnosed me and then they educated me about it. They talked me through the whole thing, the whole treatment process. They made me comfortable with that journey I was on. From the chaplain to the urologist, they were with me. They took care of me.”

Out of the Fog

Moore said the medical professionals at the Charleston VA also helped him with another major life issue.

“They didn’t hesitate. They saved my life.”

“I’m a recovering alcoholic and addict,” he said. “I was stuck in that for quite some time. But the VA worked with me over the years and brought me out of that fog. They gave me my sanity back, and my sobriety. They gave me my life back, because if it wasn’t for them I wouldn’t have my children and my grandchildren in my life. Nobody wants to hang around an alcoholic and an addict.”

Moore said cancer and addiction weren’t the only things his VA healthcare team saved him from.

“I had a light stroke on the grounds of the VA a while back and the VA police came to my rescue,” he said. “They know me, and they know about my condition, so they knew exactly what to do and they did it. They didn’t hesitate. They got me to the emergency room quick, fast and in a hurry. They saved my life.”

The former Marine said the Charleston VA now seems like a second home to him.

“That’s my first stop every day,” he said. “I head over to the VA and visit with the Chaplain. Then I go see the addiction people, and then I go visit with the homeless program people. I talk to everybody there, including the housekeeping people. Everybody knows me.

“You’d be surprised at the wisdom some of the housekeepers have,” he observed. “They always have a kind word for you. Most of them are vets themselves, so they know when you’re feeling good and when you’re feeling bad. They’ve been just as important to my recovery as the psychiatrists, doctors and nurses here. They always have nuggets of wisdom they drop on you, and it really lifts you up.”

Moore said even his two granddaughters, seven-year-old Trinity and 10-year-old Alexis, are keenly aware of how much the VA has done for their grandfather.

“Trinity’s only seven, but she knows how to be thankful and grateful” Moore said. “She also knows there’s bad in the world, and there’s good. One day she told me, ‘Granddaddy, the VA fixed you so they must be good.  Somebody should write about all the good things they do.’

Moore smiled, than added:  “I think she has more brains than most adults.”