Home / Guest Posts, Vets Experience / On the outside looking in: MyVA is “one team, one fight”

On the outside looking in: MyVA is “one team, one fight” 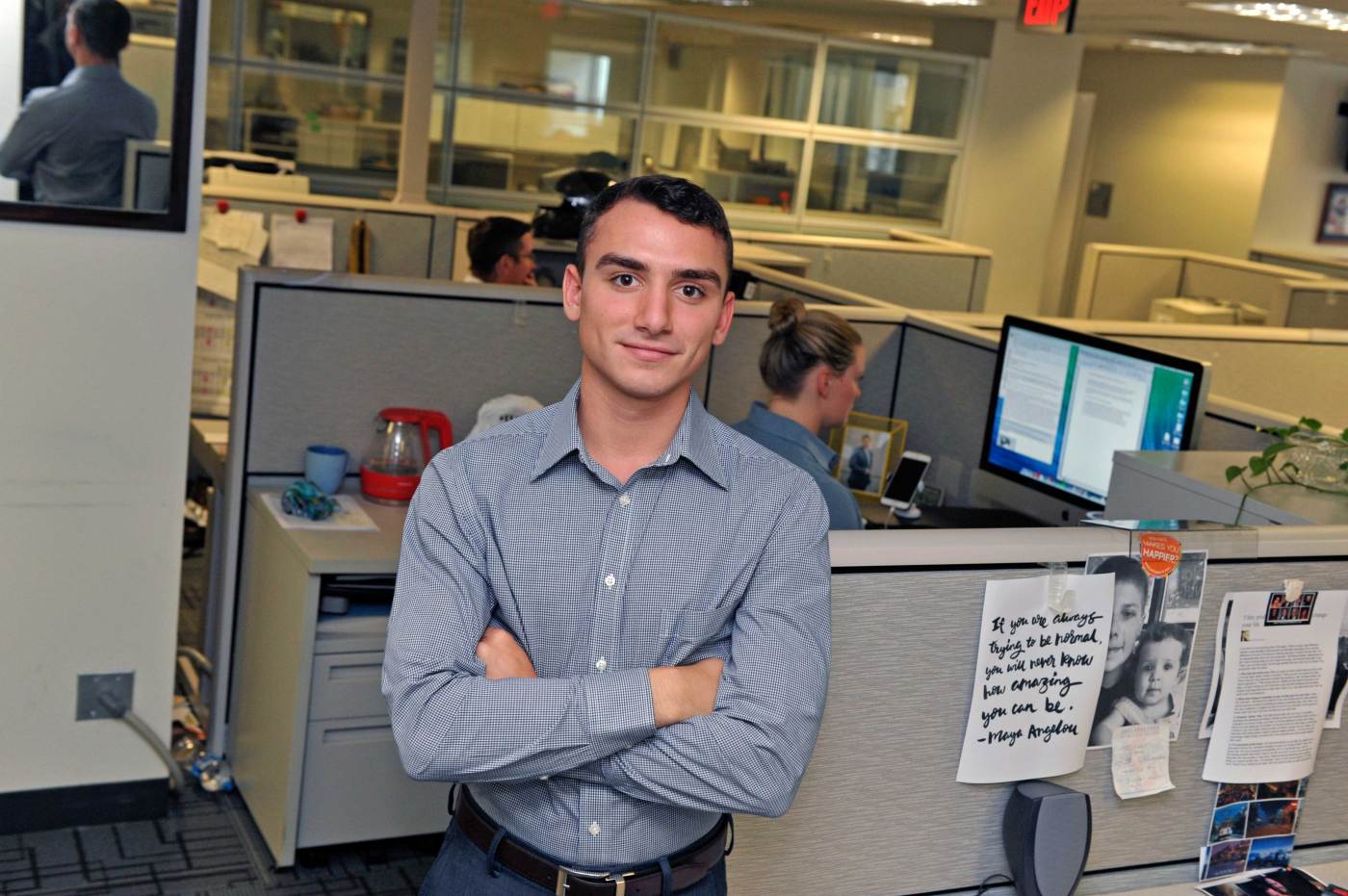 Hello, I’m Chris Wilson, a third-year cadet or “Cow” at the United States Military Academy at West Point. I’ve been on an assignment for the past couple weeks at the VA’s central office here in Washington, D.C., and I’d like to tell you about my experience.

West Point has academic assignment opportunities all over the world for its cadets. But, considering I could have applied for a more exotic assignment or spent some more time at home with my family, why would I ever chose a temporary desk duty in some D.C. office?

I chose the VA because it will undoubtedly be a part of my life after my Army career ends and it will also be a part of my soldiers’ lives when their time in service is up. I want as much information as possible, so that I can better help them transition when that time comes.

We’ve all heard the horror stories from the media of Veterans dying in ‘lines’ waiting to be seen by a doctor and of the outdated systems and bureaucratic hoops the Veteran must jump through just to get the benefits they earned. So, I applied for this assignment to see if the media got this story right and, if so, whether the VA is taking the steps necessary to correct the issue by the time my soldiers and I will be depending on it.

I started by looking into what exactly happened in 2014 as reported in the media. In April 2014, news outlets began reporting that Veterans had died while waiting for care at the Phoenix, Arizona, Veterans Health Administration facilities. This coverage continued for months and is still a hot-topic to this day.

It has been two years since the initial reports, and earlier this month the president addressed the issue again at a speech he gave to DAV saying that while much progress has been made, there is still much more to be done. It was a very different tone from his initial reaction in 2014 when he really summed up the feelings of most Americans in saying he was “madder than hell.”

But is VA actually moving in the right direction now? Allow me to discuss this question on two fronts. First, are the people charged with this responsibility actually working to attain real change? Second, what, if any, systems has the VA implemented to attain that end.

If there is anything that has astonished me the most in my time here, it is the heartfelt sincerity of the men and women in this central office to serve Veterans first. I have been working closely with the outreach, digital media and intergovernmental affairs offices, which consist of staff ranging from bright young public servants to retired NCOs, colonels, and even a retired brigadier general. What’s more, these prior-Servicemembers have always been in the business of helping their soldiers, and the civilians here have an authentic desire to serve those who serve us. Combine this dynamic, culture, can-do attitude, and lifelong commitment to the military community and you’ve got an office at VA that I have had the pleasure of working in.

Nonetheless, when the headlines first broke, the Army Times called for a change in leadership and staff “who will hold people accountable, bruise egos when necessary and push hard to bring VA into the modern age.” While those I’ve spoken with admit there have been some less than desirable employees and actions taken in the past, I firmly believe that if there ever was a group to move VA forward, this is the culture and these are the people to do exactly that.

You may be thinking, “Okay, Chris, sure the VA may employ good people. That’s great, but are they getting results?” Great question. So great a question that I asked my boss directly less than a week after I got here: “but, sir, what’s actually being done about it?” To which he responded, “MyVA.”

MyVA is Secretary Bob McDonald’s, transformative initiative implemented to put Veterans and their families at the center of everything VA does. I had the privilege of sitting down and speaking with him personally for some time earlier this week. I can vouch for his earnest conviction in serving those who served, especially as a West Pointer and 82nd Airborne Veteran himself.

The department released 12 priorities in order to make the MyVA initiative a reality, covering everything from modernizing and simplifying access  to increasing timely access to health care.

I was especially interested to see if this MyVA initiative actually got results where the VA needed it most: wait-times. As it turns out, VA has increased the number of Veteran appointments by more than 1.2 million. In less than three years, VA has reduced the number of disability claims pending more than 125 days by 88 percent from a high of over 600,000 claims in 2013 to fewer than 75,000 claims today.

MyVA is literally changing the way the VA reduces homelessness. They have provided services to more than 365,000 homeless or at-risk Veterans in 2015. Moreover, the number of homeless Veterans has declined by 47 percent since 2010, far more than any other homeless demographic. This includes a 56 percent drop in the number of unsheltered Veterans sleeping on the street.

Don’t get me wrong, there is still much, much more to be done before VA’s job is done. But, these developments are definitely indicative of the Department of Veterans Affairs pulling its act together and heading in the right direction.

So, why did I choose to spend three weeks at the Department of Veterans Affairs instead of on a ‘cooler’ assignment or at home with my family? Think of it as an investment in my Army family, the soldiers that I will be responsible for in the near future. As an officer it’ll be my job to take care of these soldiers and let them know of their resources on and off of the battlefield so that we can adhere to our first priority: protecting and defending our country. I took this assignment for my team, so that in the future we can unreservedly win the fight. My team, My fight, MyVA.

Chris Wilson is a third year cadet at the United States Military Academy at West Point where he is studying international relations. Originally from New Orleans, he is currently on an Advanced Individual Academic Development program at the VA’s central office in Washington, D.C. He is preparing to commission into the infantry upon graduation and serve in the 82nd Airborne Division.