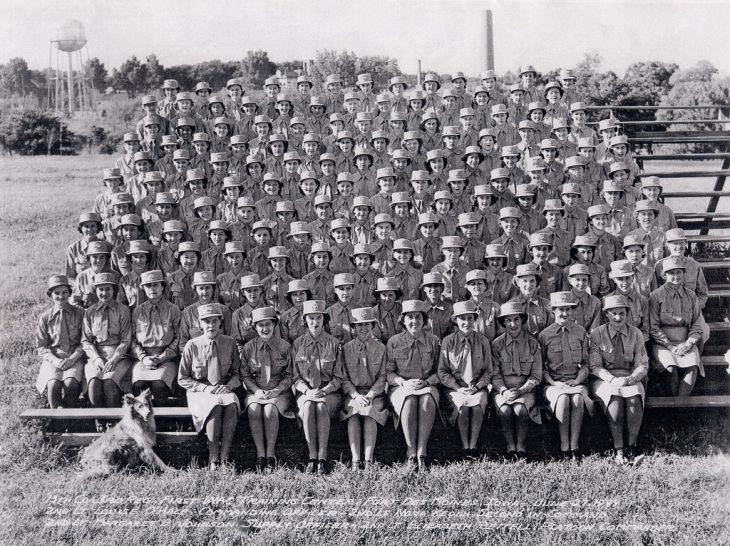 “Making a Difference” is the first of three collaborative blog posts featuring authors from the VA’s Center for Women Veterans, the Library of Congress Veterans History Project and a sailor whose story is preserved among the permanent collections of the Library of Congress. The following is a guest post by Owen Rogers, Liaison Specialist for the Veterans History Project

My earliest views of the military were shaped by a combination of film and family naval service. Although my uncle was actively serving in the Navy as the Captain of a fast attack submarine, secrecy and sparse shore leave afforded little more than a few sea stories and a poster of the USS Pogy (SSN-747) hanging in my bedroom.

As a result, my perceptions were entirely informed through a rabbit-eared television and a short stack of VHS tapes. Hollywood productions, including “The Flying Tigers,” “Sands of Iwo Jima” and “Stand by for Action,” painted valorous contributions from Soldiers, Sailors, Airmen and Marines. Time and again, I watched men duel in the skies, scan nervously for submarines and raise the flag on Mount Suribachi. Perceptions accrued from an entirely male component of the U.S. Navy, 1940s screenwriting and a handful of plastic toy soldiers yielded an incredibly narrow glimpse of military culture – one that portrayed women as love interests, nurses or entirely absent.

In stark contrast to the silver screen, my young world soon became inundated with scenes of desert-camouflaged GIs, both men and women, celebrating the end of the Persian Gulf War. From the cover of my “Weekly Reader” to the “chocolate chip” sun hats dotting the town green on Memorial Day, my idea of military identity expanded through the living examples around me.

Among an archive comprising more than 100,000 stories, approximately 6,000 women speak to the crucial role of women in the armed forces. As a forum for any man or woman who served in the U.S. military during the 20th and/or 21st centuries, the Veterans History Project traces women’s military service from World War I pioneers such as Nettie Eurith Trax of the Army Nurse Corps, through recent conflict Veterans like Jaden J. Kim, a combat pilot who served in the Afghan War.

Fascinatingly nuanced, a collections scope that includes both period and contemporary materials demonstrate how women Veterans fought several kinds of wars. Marylyn Myers Peyton, a Woman Airforce Service Pilot — or WASP — during WWII, recalls whispered inquiries directed at her and her comrades during a bus trip. Regarding their uniforms,

“One person said, ‘Oh I know what they are. They are a women’s basketball team’… and they guessed everything but never hit the right thing of course.”

Reviewing the collection of another WASP, Catherine V. Bridge nee Vail, her images of iconic warplanes ferried throughout the United States belie the legislative history of the WASPs, who wouldn’t receive Veteran status until 1977.

Even today, Veterans History Project collections are skewed towards male service; therefore, we are constantly encouraging more women Veterans to share their stories. Current estimates from VA indicate that women account for approximately 10 percent of the national Veteran population, whereas only one in every six project participants is female. As a “grass roots” oral history project, the project relies on volunteer interviewers to sit down with the Veteran in their life and record at least 30 minutes of military memories and lasting thoughts of service. Among the 80-100 new Veterans History Project voices that arrive at the Library of Congress every week, will yours be one of them? Visit www.loc.gov/vets today.

About the author: Owen Edward is with the Library of Congress’ Veterans History Project.