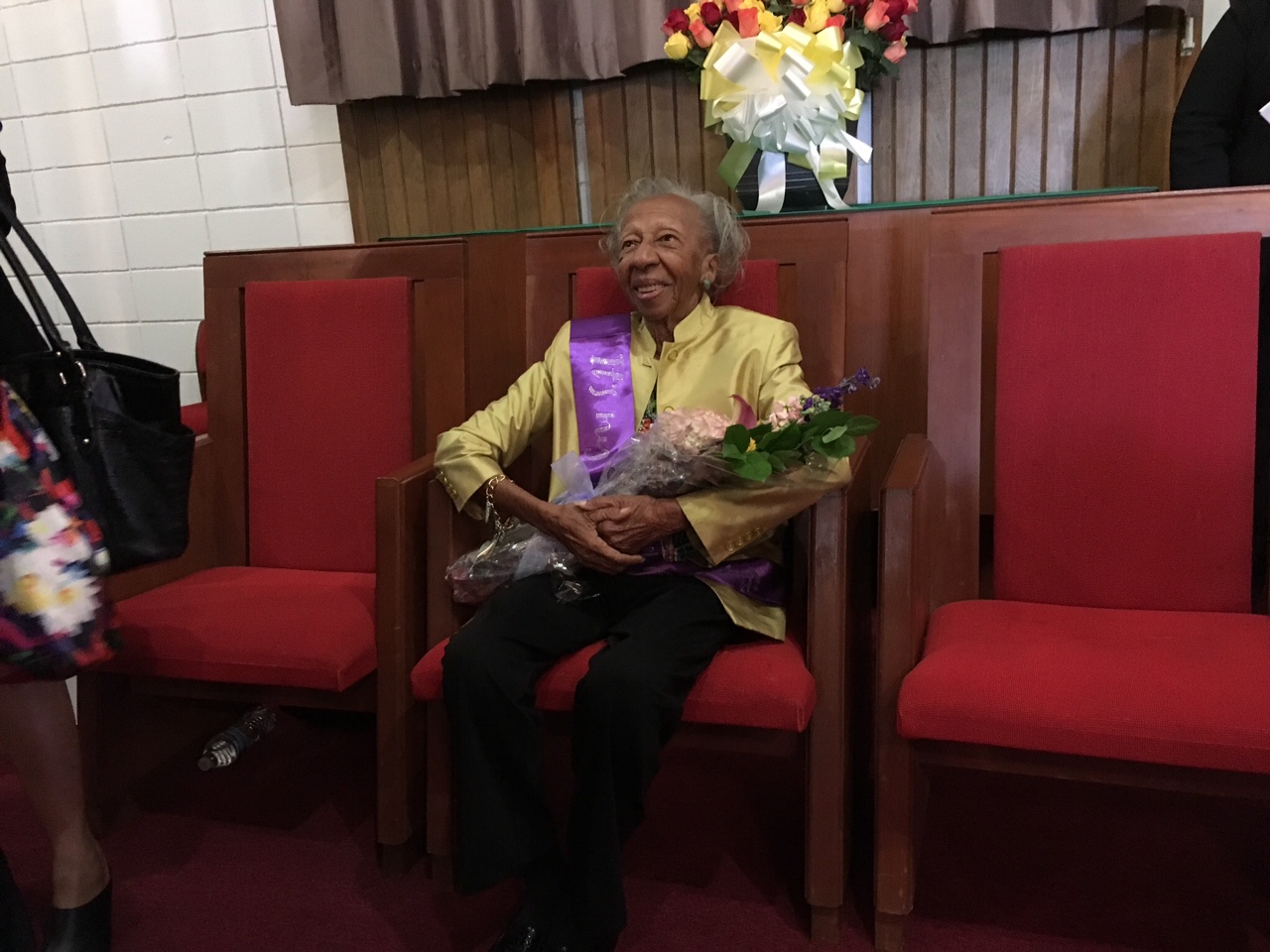 From 1957 to 1985, Dixon worked as a podiatrist for the VA. Just three years after VA officially ended racial segregation in its hospitals, Dixon was hired as the first woman and full-time podiatrist to work for VA.

Dixon worked primarily at the VA medical center in Tuskegee, Alabama. There, she was credited with establishing Tuskegee’s first podiatry residency program. She also worked part-time at VA facilities in Montgomery and Tuscaloosa.

Up until 1954, VA’s Tuskegee hospital was a segregated hospital for African American Veterans. It was operated that way for 31 years. Despite VA having ended segregation in 1954, few African Americans landed jobs in the medical profession at VA facilities until after the 1964 Civil Rights Act.

In addition to her many other “firsts,” Dixon was the first female and black American to be inducted to the Ohio College of Podiatric Medicine Hall of Fame, and the Alabama State Citizens Hall of Fame in 2010. She is a lifetime member of the American Podiatric Medical Association. When VA established a podiatric department in 1976, Dr. Dixon established the first medical residency program in podiatry at the Tuskegee VA Medical Center.

Dixon’s passion for podiatry and health care led her into leadership roles as a lifelong learner, health advocate, mentor and educator.  She founded the American Association of Chiropodists-Podiatrists, served as its president, and became actively engaged in the field’s professional organizations, including the American Public Health Association. Dixon hosted many clinics and seminars to benefit medical staff, patients, and the public. She published articles in journals and went on to serve as president for the Association of Podiatrists in Federal Service and the National Podiatric Medical Association. She traveled broadly–to China, India, Italy, Spain, Australia, New Zealand, and West Africa–to observe health conditions on an international scale and in 1982 she presented a paper at the International Congress of Podology conference in Copenhagen, Denmark.

Dixon attended and graduated from dental nursing school in East Orange, New Jersey, where she grew up. While working as a dental assistant, she was exposed to the field of podiatry and decided to pursue that career field. She graduated from the Kent State University College of Podiatric Medicine, then the Ohio College of Chiropody, in 1944. A position as the Dean of Women with the Tuskegee Institute prompted her move to Tuskegee. She worked at the school, which is now Tuskegee University, until she was hired by VA.

While at the Tuskegee Institute, Dixon met her husband. They had two children together.

Dixon has been volunteering for the National Park Service for decades, educating her community and contributing to the preservation of Tuskegee’s history.

Dixon’s daughter, Denise, worked with VA and the National Park Service to plan a ceremony in recognition and appreciation of her mother’s achievements and public service, as well as her 100th birthday. The ceremony was held today at the Tuskegee VA Medical Center with the help of the Central Alabama Veterans Health Care System, National Park Service and the American Association of Retired Persons.

“I can’t wait to see the look on my mother’s face. I know she’ll say, ‘Is this really for me?’,” said Denise Dixon.

Mildred Dixon still lives in Tuskegee with her daughter in a house built by students of the Tuskegee Institute, where she has lived for several decades.

“I know she will volunteer for a long as she’s able. She’s a busy bee. She amazes me,” said the proud daughter.