State of Women Veterans: Know when to apply for disability compensation 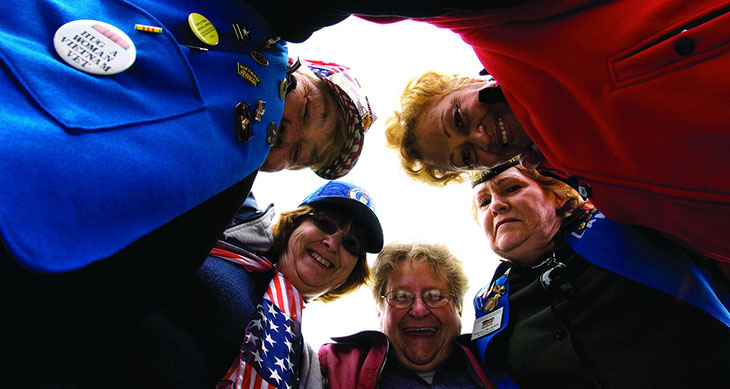 During my Army service, I developed a medical condition that required foot surgery while I was deployed to Iraq (stubbornly, I insisted it would be better to be operated on in a tent than leave my team during the deployment). When I left the military in 2005, a Veterans service officer (VSO) walked me through the process of applying for disability compensation for the lingering problems I was experiencing (and had me document exposure to burn pits in case I developed additional problems later on). I was lucky: my exam was not difficult and my claim was decided swiftly.

Later, a combination of factors led to a claims backlog that took several years to bring under control, and many Veterans’ claims took far too long to be decided. In addition, for some Veterans, the process of applying for benefits and going through one of more exams can be difficult. However, as Maranda eloquently describes in this video, the process was worth the support it brought her.

Women are disproportionately likely to have experienced sexual harassment and/or assault during their military service. Unfortunately, this trauma can result in conditions such as post-traumatic stress disorder (go here for more information on military sexual trauma — or MST — treatment available from VA), as well as a cascading impact on all aspects of life. Due to increased awareness of this problem and the challenges of providing corroborating evidence in many cases, VA has taken a number of steps to better serve MST survivors applying for disability compensation. These include relaxing evidentiary standards in 2002, conducting special training for VA regional office personnel who process MST-related claims beginning in 2011, and offering specialized training to medical examiners who provide input on these cases in 2012. Concerned that some claims may have been erroneously denied before these changes took place, in 2013, the Veterans Benefits Administration (VBA) invited over 2,500 Veterans whose MST-related PTSD claims had been denied to resubmit them for reconsideration. Today, VBA continues to analyze data on approval rates, gauge the effect of process changes, and pursue continual improvement. For help with disability compensation related to MST, contact the MST coordinator at your local Veterans Benefits Administration Regional Office.

In previous eras, women Veterans were less likely to self-identify as Veterans and may not have applied for all the benefits they earned through their service. For example, in 2000 women were 6 percent of all Veterans, but made up only 5.2 percent of Veterans receiving disability compensation. However, in 2015, about 9.3 percent of Veterans receiving disability compensation were women – roughly the same as percent we make up in the overall population of Veterans. This is tremendously encouraging news, indicating to me that outreach and awareness efforts are making a difference.

However, we can still do more! Please help us raise awareness among women Veterans that, if they have disabilities, medical conditions, or injuries incurred or aggravated during active military service – no matter when or where they served – they may be eligible to receive tax-free monthly benefits. There are many ways to apply for VA disability benefits –more details are available at ExploreVA.

The fastest and simplest way is to submit all supporting documents and evidence together in a fully developed claim (FDC) online at www.ebenefits.va.gov or by mail. If you think you want to file but aren’t quite ready yet, start an FDC, save your incomplete application, gather all your documents and then submit your claim up to one year later to preserve your effective date. Apply NOW.

Some Veterans may be eligible for a VA pension, which is a needs-based benefit for wartime Veterans with limited or no income who meet certain age or non-service connected disability requirements. Women Veterans make up less than 5% of those receiving pension benefits. Learn more about eligibility requirements and how to apply at ExploreVA.

Women Veterans are much less likely to live in poverty than women non-Veterans (9.4 percent vs 15.6 percent) or be in a household using SNAP – “food stamps” –  benefits (11.7 percent vs 17.6 percent) – but for any who are struggling, VA benefits could make a significant difference. Spread the word among women Veterans about VA compensation benefits, and start a conversation about the State of #WomenVeterans in your community – and how it might be improved.

This is the second blog in an 11-week series on the State of Women Veterans. Visit the campaign page to read other entries, and join the online conversation using State of #WomenVets.