Veteran Engagement Boards: Coming to a community near you 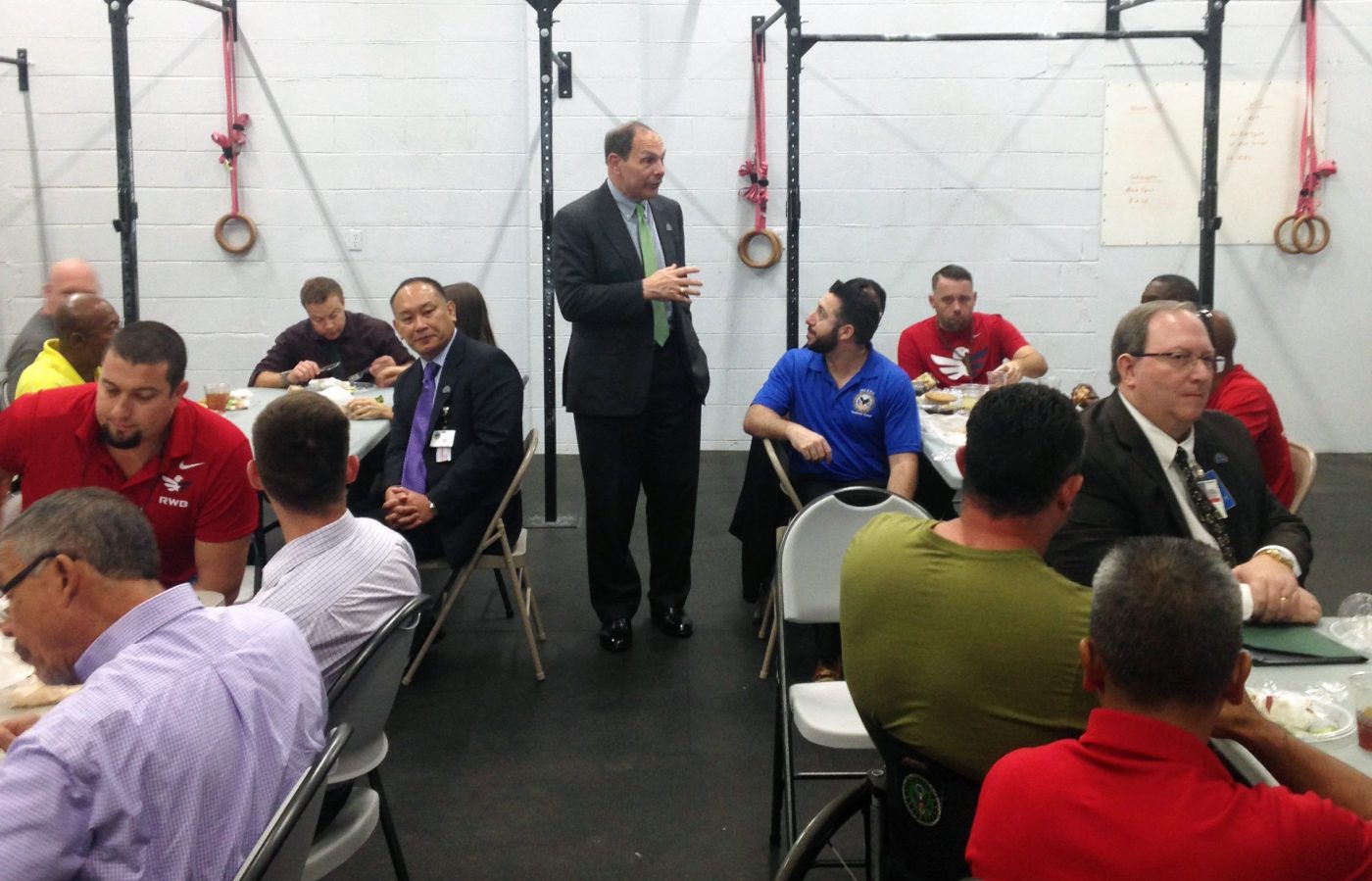 Secretary Bob McDonald stood in a gym full of Team Red White & Blue members last month and said that the VA is undergoing the largest transformation in its history. He wants Veterans to proudly say, “That’s my VA.”

The cabinet-level secretary, who gave out his cell phone number at a national press conference, unsurprisingly cites customer feedback as the path forward.

McDonald told the Team RWB “Eagles” that VA will soon launch a number of new methods that will empower Veterans to provide their immediate feedback on VA services. These will include digital kiosks and mobile apps, but the initiative he speaks about the most is the Community Veteran Engagement Board (CVEB).

“We hope to have 100 CVEBs established by the end of the year,” the secretary said.

A community panel to solve local Veteran issues is nothing new for many regions, but for most, VA’s proactive involvement is.

“VA on its own is a critical leg of support for Veterans and families, but without the community connections, the business connections, we will continue to miss Veterans,” said Karl Hamner, assistant dean of research of the School of Social Work at the University of Alabama.

Since the last summit, Hamner says they’ve seen a great coordination of services and many best practices shared have been adopted across the country.

He recently agreed to co-chair the West Alabama CVEB anchored in Tuscaloosa, Alabama. The board will include community leaders, Veteran stakeholders and local VA leadership.

CVEBs are being stood up not only to collaborate as a community, but also to assess the local Veteran needs.

“We have so many people who raise their hand that want to do something to help Veterans, but we need coordination. Here’s what VA is doing, here’s what the community is doing, here’s what we are missing. Can you help with that?” said Paula Stokes, Alabama relationship manager for the Southeast District Veterans Experience Team.

“Secretary McDonald has been successful getting people who work at VA to look at a Veteran as a customer. That creates a different dynamic for many VA personnel and it will hopefully translate to changes in behavior when interacting with Veterans,” said Mike Galloucis, the Veterans Experience officer for the Southeast District VE Team. “That approach also leads to a more enlightened view of our community partners because Veterans do not typically view those organizations as competition to the VA and so neither should we. Along those lines, CVEBs are one of many ways VA is reaching out into the community to forge relationships and look for new ways to meet Veterans’ needs.”

The cross-boundary relationship building is already paying off.

Paula’s efforts to increase communication between local and federal Veteran homelessness stakeholders in the Birmingham, Alabama area has resulted in 30 at risk of, or homeless Veterans to remain in or find housing since August.

Paula and her colleagues are actively building new community partnerships across the country.

“I’m hoping the greater outcome is that that we will stop duplicating resources and competition, organizations will see their benefits to the collective impact,” she said.

The goal is that there will one day be a community rallying behind a Veteran no matter where they live.

Find out if a CVEB exists or is forming in your area: http://www.va.gov/nace/myVA/communityBoards.asp