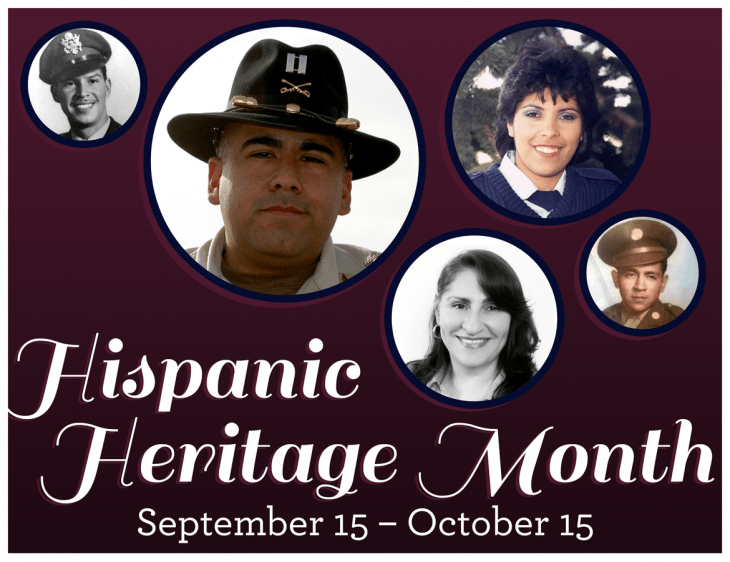 As we near the end of Hispanic Heritage Month, we look toward Veterans Day, just over the horizon and remember the significant accomplishments of our Hispanic-American Veterans. It takes a richly woven heritage of cultures and nationalities to keep this country and our armed forces strong.

This year’s Hispanic Heritage Month proclamation states: “Hispanic Americans have had a lasting impact on our history and have helped drive hard-won progress for all our people. They are the writers, singers, and musicians that enrich our arts and humanities; the innovative entrepreneurs steering our economy. They are the scientists and engineers revolutionizing our ways of life and making sweeping new discoveries; the advocates leading the way for social and political change. They are the brave men and women in uniform who commit themselves to defending our most cherished ideals at home and abroad. And their lasting achievements and devotion to our Nation exemplify the tenacity and perseverance embedded in our national character.”

This same brand of “tenacity and perseverance” can be seen in the service and sacrifice of Hispanic-Americans such as Pvt. Joe P. Martinez. Of the 60 Hispanic-Americans who have earned the Medal of Honor, Martinez was the first recipient — for his actions on the Aleutian Islands during World War II. His posthumous award was the first act for combat heroism on American soil, not including Pearl Harbor, since the Indian Wars.

While his unit, the 32nd Infantry Regiment, 7th Infantry Division, was pinned down by enemy fire, encountering steep, snow-covered terrain, Martinez on his own account led two assaults. He was wounded after the second assault and died the following day, but his actions were an important preliminary to the end of the war’s organized hostile resistance.

At VA, we honor the heritage of Hispanic Americans like Martinez, and celebrate their unique contributions to society.

Together we are building a future based on appreciating and understanding the things that set us apart. We are working hard to recruit, develop and retain skilled men and women of all backgrounds and cultures dedicated to our special mission. A major part of that preparation is building a workforce that reflects the diversity of our nation and its Veterans.