Home / Top Stories / The Way We See It

The Way We See It 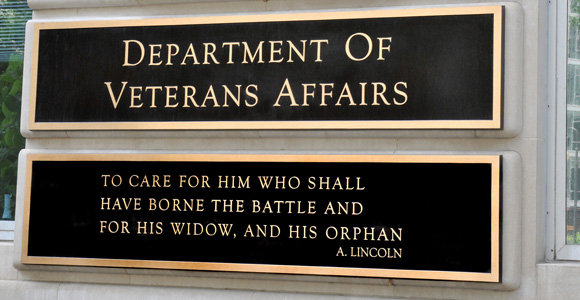 Long hold lines.  Hurry up and wait appointments.  Confusion and frustration that comes hand in hand with mountains of paperwork.  The Department of Veterans Affairs holds a long legacy, both perceived and grounded in past experiences, of an enormous government entity that could not possibly care about the Veterans it serves.  It seems like any other job done by human beings, one in which motivation and inspiration to help the men and women who once served gives way to punching the card in just another government job.  Meanwhile, the ranks of Veterans, many of them combat tested in Iraq and Afghanistan, continue to swell with VA left playing catch-up.  Ten years into the 21st century and VA still primarily uses mail to communicate with Veterans.  In a world that has moved onto Facebook for communication and news, letters in the mail might as well be stone tablets.  Changing a government agency this large is as challenging as it is necessary.  The transformation has already begun, but today the Department marks a new effort to reach across the great divide that has separated VA and Veterans for so long.

I understand the issues of communication between VA and Veterans because I’m not just another government employee tasked with writing an anonymous blog.  Before I started at VA, I was a college student using the Post-9/11 GI Bill not only to go to school but to pay my rent.  Like many Veterans, I was using it as a source of income while getting an education.  The transition from the military to civilian life will never be easy, but problems can be compounded by the difficulties in not receiving VA benefits that assist in building a new life.  I found that out the hard way last year when VA was overloaded with GI Bill applications and switching from old to new equated with gambling and rent on the line.  After failing to find out the status of my claim and realizing it wasn’t an isolated incident, I wrote about my situation on my own blog.  Hours later, I was speaking with Keith Wilson, VA’s Director of Education Service, about the problems VA had with processing claims.  He explained the system it used was antiquated, and changes would be made, but the process would continue to be slow and arduous.

I was not the only one to realize a lesson buried in that call: when communication between VA and Veterans needed to happen instantly, there existed a vacuum of reliable, easy to access information.  If Veterans knew about the problems with processing claims, perhaps they would not have elected to quit the old GI Bill to receive the improved benefits of the Post-9/11 GI Bill.  Another semester to wait it out would have been preferable to guessing when the next check would arrive.  The problem was simple: information did not travel from VA to Veterans fast enough.  As part of the Department’s emerging strategy to communicate with Veterans, VA is using Facebook, Twitter, YouTube, and now this blog, to make sure the exchange of information is a two way street.  We have opened every post to comments, and starting today we will accept Guest Posts from anyone who wants to voice their thoughts and concerns about Veterans issues.  Guest Posts will function almost like an op-ed section in a newspaper, so we welcome everything from stories about a compassionate VA surgeon to how long your disability claim is taking.  Veterans and their family members, employees, policy experts, members of Congress, everyone who has a say about Veterans issues of the day, we’d like to hear from you.

As the war in Iraq winds down and the war in Afghanistan ramps up, the VA must be prepared to engage Veterans of this and every generation if it wants to fulfill its purpose: to care for those who carried the burden of battle on their shoulders.  That can be difficult from office buildings isolated in downtown Washington DC, where few Veterans tread.  This is a new age of open government and accountability, and this blog will lead the Department of Veterans Affairs into an era of engagement with Veterans new and old.  Your mailbox does not factor into modern communication anymore.  We are excited to speak to you directly, but not nearly as excited as we are for the possibilities that come with you speaking with us.