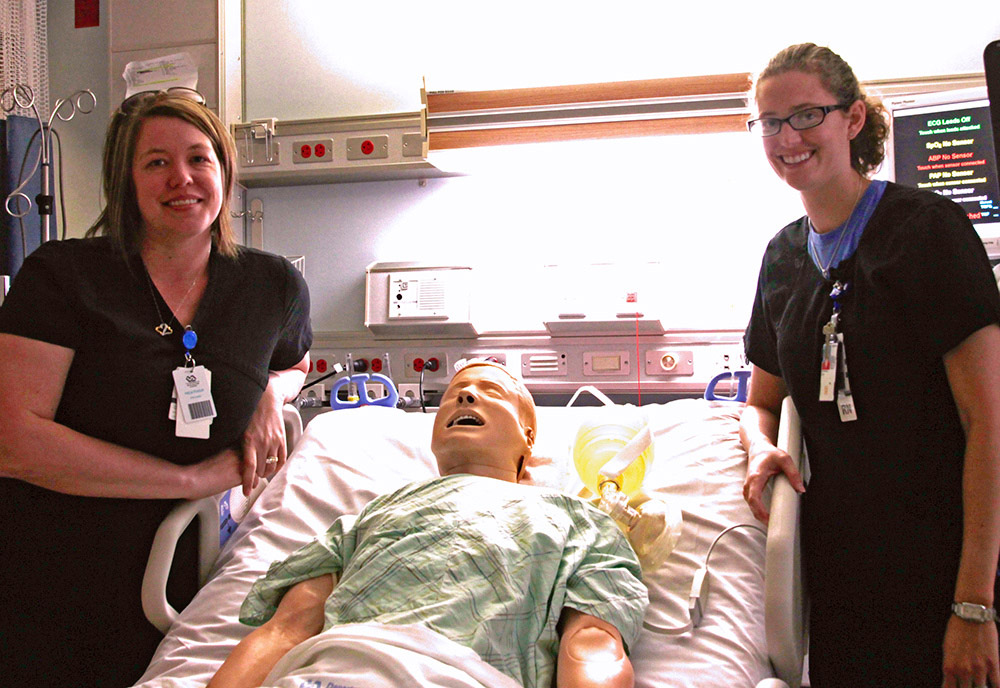 VA has an exceptionally talented team of outstanding employees. We would like you to meet them, continuing this week with our regular feature on VA’s Top Nurses.

Heather Frank believes “Our Veterans deserve and have earned the best health care in the world and I have the honor to be a part of it.”

An honor she well deserves according to her supervisor Amy Dawson: “Heather Frank is an exceptional Clinical Nurse Leader and an asset to VA Central Iowa. Her expertise and leadership skills give our staff the opportunity for professional and personal growth second to none.” Dawson is the Acting Associate Director for Patient Care Services and Nurse Executive.

Frank, chair of the local Evidence Based Practice Committee, implemented a Sepsis Protocol which identifies sepsis earlier and saves Veterans’ lives. She works full time in the ICU as the Clinical Nurse Leader.

Heather and husband Mike, an Army Veteran, and their three children enjoy hiking and camping and trying “new adventures.” Heather is active at the gym, loves kickboxing and mentoring others in their pursuit of fitness.

In addition to her award as one of 100 Great Iowa Nurses, Frank was the VA Central Iowa Health Care System winner of the Secretary’s Award for Excellence in Nursing.

Frank says, “Working at VA Central Iowa Health Care System allows me the opportunity to serve and honor those Veterans who have served selflessly for our country.”

Her dedication resulted in a unique experience for some Veteran patients at the VA Central Iowa Health Care System.

She remembers: “A Veteran I was caring for talked about an event that was scheduled that coming weekend, an event he had looked forward to attending but now would not be able to because of health issues that necessitated hospitalization.

“There was some laughter, there were some tears.”

“I helped coordinate Bill’s visit and sought out every Vietnam Veteran within the facility to ask if they would like to meet Bill and be recognized. I had the honor and privilege to escort Bill around the facility, together honoring nearly 40 Veterans, providing each Veteran with the “Operation LZ” medallion of honor.

“Some of the Veterans told stories of their experiences, others graciously accepted the medallion in silence. There was some laughter, there were some tears. It truly was an amazing experience to honor those Veterans who served.”

About the author: Kristi Catrenich is a Public Affairs Officer at the Des Moines VAMC