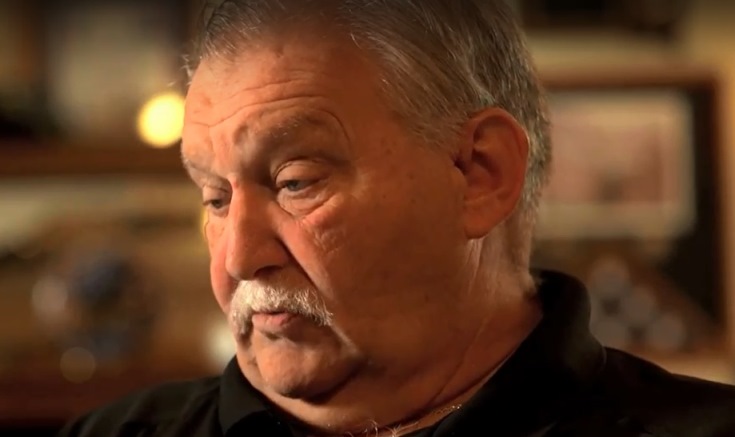 When most people think about the Medal of Honor, images from Hollywood action films often come to mind and those larger-than-life heroes written for the silver screen.  But in reality, most of those who earned the medal are more like Clark Kent than Rambo – seemingly ordinary people who have accomplished extraordinary acts.

Michael “Mike” Fitzmaurice, born 1950 in Jamestown, North Dakota, is one of these people. He did not want to go to college and joined the Army out of family tradition more than anything else.  He enlisted with some buddies at the height of the Vietnam War and later found himself in Khe Sanh, Vietnam.

When he landed, he thought he was going to have it made, but that fantasy was short lived. Reality reared its ugly head and reminded Fitzmaurice that war is no picnic –  it’s hell.  His Medal of Honor citation sums up the portion of it in which he fought and bled. It reads:

For conspicuous gallantry and intrepidity in action at the risk of his life above and beyond the call of duty:

Specialist Four Michael J. Fitzmaurice, 3rd Platoon, Troop D, 2d Squadron, 17th Cavalry, 101st Airborne Division, distinguished himself on 23 March 1971 at Khe Sanh, Republic of Vietnam. Specialist Fitzmaurice and three fellow-soldiers were occupying a bunker when a company of North Vietnamese sappers infiltrated the area. At the onset of the attack Specialist Fitzmaurice observed three explosive charges which had been thrown into the bunker by the enemy. Realizing the imminent danger to his comrades, and with complete disregard for his personal safety, he hurled two of the charges out of the bunker. He then threw his flak vest and himself over the remaining charge. By this courageous act he absorbed the blast and shielded his fellow-soldiers. Although suffering from serious multiple wounds and partial loss of sight, he charged out of the bunker and engaged the enemy until his rifle was damaged by the blast of an enemy hand grenade. While in search of another weapon, Specialist Fitzmaurice encountered and overcame an enemy sapper in hand-to-hand combat. Having obtained another weapon, he returned to his original fighting position and inflicted additional casualties on the attacking enemy. Although seriously wounded, Specialist Fitzmaurice refused to be medically evacuated, preferring to remain at his post. Specialist Fitzmaurice’s conspicuous gallantry, extraordinary heroism, and intrepidity in action at the risk of his life contributed significantly to the successful defense of the position and resulted in saving the lives of a number of his fellow-soldiers. These acts of heroism go above and beyond the call of duty, are in keeping with the highest traditions of the military service, and reflect great credit on Specialist Four Fitzmaurice and the United States Army.

His actions that day speak volumes to his intestinal fortitude, tenacity and devotion to his fellow soldiers.

Since then, Mike has led a relatively quiet life, but he has continued to serve —  finishing out his Army career with the South Dakota National Guard and also working for VA as a plumber from 1987 until his retirement in 2011.

If you have ever visited the VA Medical Center in Sioux Falls, South Dakota, you may have passed Mike in the hallway during one of his volunteer shifts, or sat across from him waiting for an appointment.

Mike is a humble man who is always willing to lend a hand. He thinks a lot of his fellow Veterans and they in turn think a lot of him and so does the state of South Dakota – they named the State Veterans Home in his honor.

The Sioux Falls VA Health Care System is proud and honored to have had Michael J. Fitzmaurice (as well as his wife Patty) as members of the VA team.

Thank you for your service, Mike.