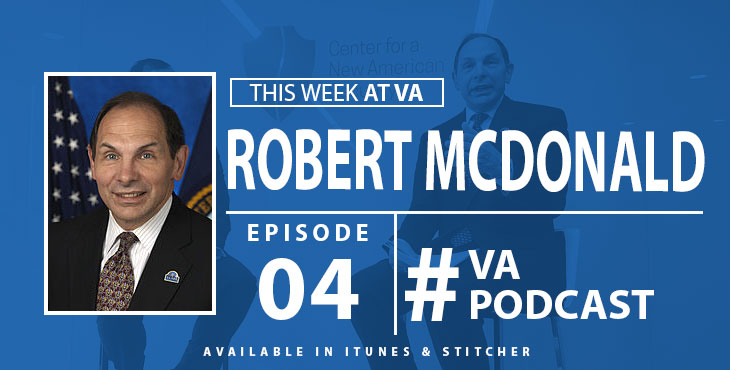 Happy Veterans Day! Joining us on this Veterans Day episode is Secretary Robert McDonald. Secretary McDonald, who prefers to be called “Bob,” is an Army Veteran and former CEO of Procter & Gamble.

An Army Veteran, McDonald served with the 82nd Airborne Division; completed Jungle, Arctic, and Desert Warfare training; and earned the Ranger tab, the Expert Infantryman Badge, and Senior Parachutist wings. Upon leaving military service, Captain McDonald was awarded the Meritorious Service Medal. Since joining VA, Secretary McDonald has led the Department in its ambitious transformational journey to be a world-class service provider and the No. 1 customer-service agency in the federal government giving Veterans consistent, high-quality experiences.

Click here for a full script of the podcast.