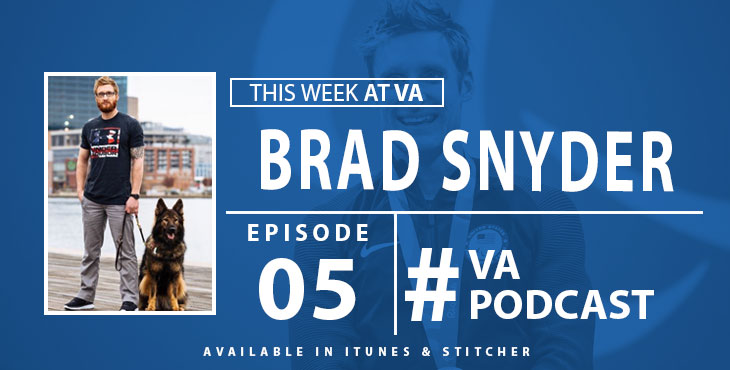 This week’s featured guest is Navy Veteran Brad Snyder. Snyder has been a #VeteranOfTheDay and is featured in our videos from the Team USA Awards, where Brad first agreed to today’s interview.

Bradley Snyder is a swimmer on the United States Paralympic team who competed at the 2012 Summer Paralympics in London and the 2016 Summer Paralympics in Rio. Snyder won two Gold medals and one Silver at London and three Gold and one Silver at Rio. He lost his eyesight from an IED explosion while serving in the United States Navy in Afghanistan. Among fully blind swimmers, he is the current world record holder for the 100-meter freestyle events.

Be sure to subscribe and review the podcast in iTunes.