Home / Veterans Homelessness, VSO / Partners / A pair of socks for Veterans getting back on their feet

A pair of socks for Veterans getting back on their feet 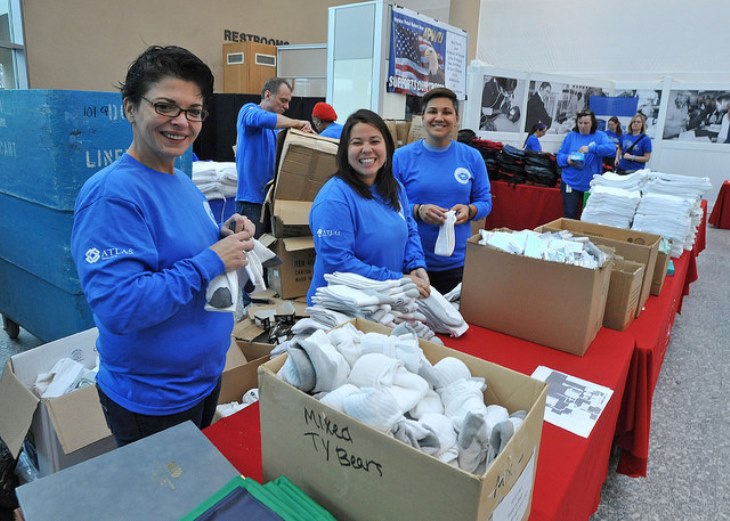 “Socks are the number one most requested clothing item at homeless shelters.”

The premium sock company Bombas can trace its start back to this one quote. It devised a business model with a charitable twist — for every pair of socks sold, Bombas donates another to those in-need across the U.S.

Now the company is partnering with VA to provide socks to Veterans who are experiencing homelessness. The goal for the first year of the partnership is to donate one pair of socks to every homeless Veteran in the United States. In addition to socks, VA and Bombas will distribute palm cards directing Veterans to visit their closest VA medical center or to contact the National Call Center for Homeless Veterans for help.

“On any given night, there are roughly 40,000 Veterans experiencing homelessness in our nation. These Veterans lack the basic essentials that so many of us take for granted,” Holly Hirsel, a program specialist with VHA Homeless Programs, said. “When they are given the right resources and the right opportunities, we know they can be successful. And that’s why we’re so appreciative of Bombas, and so excited about our new partnership.”

Bombas has donated more than 1.3 million pairs of socks since its founding in late 2013.

The company derived its name from the Latin word for “bee” because, as the company details on its website, “bees work together to make the hive a better place.” Bombas has made “Bee Better” its mantra, stitching it into every pair of socks: The company says it’s “a reminder that you helped someone in need with your purchase. And a reminder that we’re all connected and little improvements can add up to make a big difference.”

Anthony Love serves as the director of Community Engagement for the Department of Veterans Affairs, Veterans Healthcare Administration, Homeless Programs. Anthony has over 18 years of experience in homelessness, Veterans and poverty issues. From 2010-2012, Anthony served as deputy director for at the United States Interagency Council on Homelessness (USICH), where he was responsible for coordinating the state and local work of the Council and serve as the lead on Veterans issues for the Council. Anthony earned a Master of Arts in Public Administration from the University of Missouri‐Kansas City.