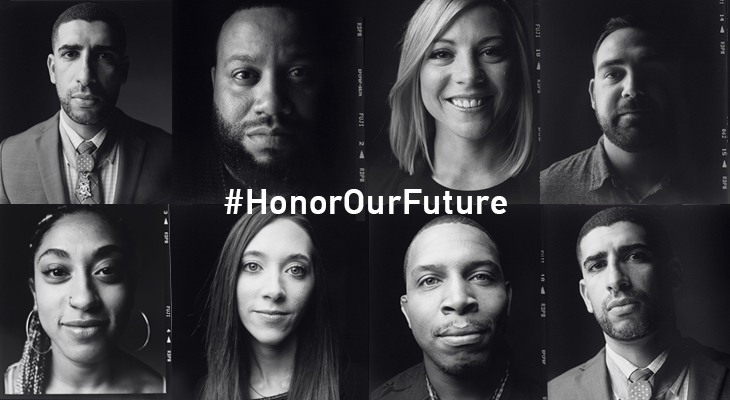 This Veterans Day, as a partner of the VA, LinkedIn is proud to join the chorus of citizens and organizations lending our thanks to those who have served us. But beyond just saying thank you, we’re asking the country to make a change. We’re asking our fellow Americans to rethink how we honor Veterans.

Unfortunately, when the average citizen meets a Veteran, they are likely meeting an unfamiliar face. With less than one percent of our population serving in these most recent conflicts, and with our nation defended by an all volunteer force, a growing cultural divide between those who protect and those protected raises the specter of misperceptions which can heighten the challenges some veterans face when pursuing their next steps.

But today’s Veterans are civic assets. They’re starting businesses, running for office, and taking on leadership roles in their schools and communities. And like the great generations who’ve gone before them, they’re poised to lift our country to new heights. They deserve our investment far more than just our thanks.

Our ask is simple. When Americans meet a Veteran, by all means a thank you is warranted. But let’s go further. Ask that Veteran what’s next.

To help further bridge the divide in our country, beginning this Veterans Day, we’re sharing the real stories of America’s Veterans. We want America to see these young men and women for the individuals that they are and the paths that they walk, not the hero/victim narratives so commonly portrayed by popular culture.

You will meet Florent Groberg, a former infantry officer and Medal of Honor recipient who now marshals the resources of Boeing to serve his community; RaeAnn Pae who used to map enemy networks as an intelligence officer and who today works for the world’s largest social network, Facebook; Marcus Carey, a former Navy cryptographer who is now founder and CTO of his own cybersecurity firm; Donte Burney, a former Army finance specialist who has pivoted into tech as a full-stack web developer and is building his first app; Tiannia Romero, a former aircraft carrier maintenance tech who now leads the Student Veterans of America chapter at her college; Garrett Wilkerson, a former Army infantryman who is leading his community by speaking out against bias in the workplace.

This Veterans Day, you can help to #HonorOurFuture by sharing the video and these Veterans’ stories. Follow us on LinkedIn, Facebook, Twitter, and Instagram to get their stories in your news feed. If you are a veteran or know one, please check out the free resources LinkedIn is offering veterans as part of its partnership with the VA.

Daniel Savage is a Veteran of the Iraq War and is a former infantry officer of the U.S. Army’s 2nd Stryker Cavalry Regiment. He now serves as the Veterans Program Manager at LinkedIn.

A version of this post originally appeared at blog.linkedin.com