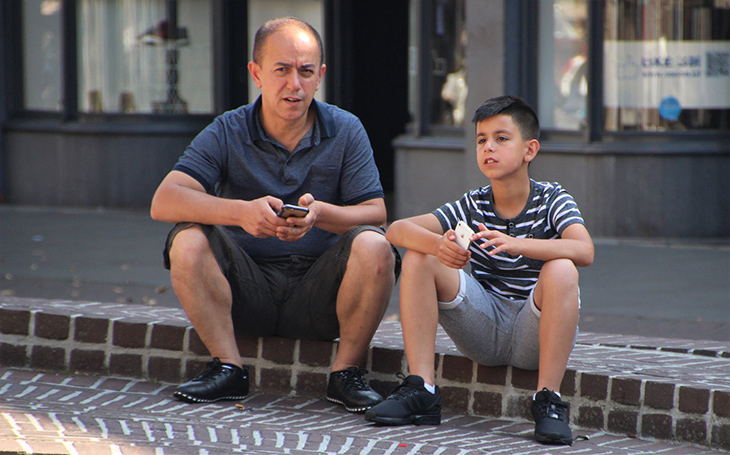 An Army Veteran had just been diagnosed with cancer and now he was preparing to begin chemotherapy treatments that would keep him out of work for the next six to eight months. Along with everything else, he was also worried about making his child support payments. He contacted Homeless Veteran Community employment coordinator Charles Franklin at the VA Boston Healthcare System.

Although the Veteran was up to date on his payments, he wasn’t sure he could keep pace while out of work for months. So Franklin capitalized on a new partnership between VA and the Massachusetts Department of Revenue. That same day, department staff contacted the Veteran, and — that same week — they secured a temporary modification of his payments.

“I actually just talked to [the Veteran] on the phone this morning,” Franklin said, a short time later. “He’s still doing chemo, but he’s able to maintain all his expenses. And that modification was just huge.”

Indeed, child support payments can be a major issue, particularly for Veterans experiencing or at risk for homelessness. Sometimes, payment amounts were determined at an earlier point in their lives, before periods of unemployment, or treatment, or rehabilitation. Falling behind can dig a deep hole, leading to a cascade of penalties that make it even tougher to climb out — like bank account levies, driver’s license suspensions, background credit checks that can raise flags in the hiring process, and the garnishing of any new income for late fees and back payments.

To help Veterans avoid the serious risks that come with falling behind on child support payments, Franklin began working with the Child Support Enforcement Division of the Massachusetts Department of Revenue (DOR/CSE), where officials were as eager as he was to find solutions for Veterans.

Starting in May 2016, the department’s 50 volunteer case managers have been making regular visits to VA facilities in Brockton and Jamaica Plain, where they are available to meet with Veterans. Over the course of phone calls and these face-to-face meetings, they learn about the Veterans’ cases — their challenges, their payments, their incomes, and steps they can take to get back on track.

“It’s really about consumer education and customer service,” says Melissa Shefshick, project manager for the Veterans Initiative DOR/CSE, who calls the VA partnership one of her favorite aspects of her job. “In many cases, Veterans don’t even realize what resources are available to them. Being able to talk them through it face-to-face in an environment where they are comfortable is really important because – when you’re talking about family, money, and debt – these are difficult conversations for anyone to have. Once a Veteran has a better understanding of their individual case and how the Department of Revenue can support them, we’ve seen it help put them back on track.”

Together, Veterans and their case managers map out a plan and set a payment schedule. In some cases, late fees are waived. “They will not knock off any of the actual child support that’s owed,” Franklin said. “But they do make it where it’s a manageable payment, so that the Veteran does have a chance to transition. And as soon as that Veteran gets a job, the Department of Revenue case manager works with them, and sets up a court date, so that they can establish a set payment that the Veteran can maintain with his employment and be able to catch up with what he owes.”

Already, close to 40 Veterans have been referred to the Department of Revenue, and programs modeled after this partnership have spread to VA facilities in Bedford and Worcester, Massachusetts. The vision is to establish clinics at all VA medical centers in the region and expand to non-VA facilities.

“I’m hoping that by getting the word out about the work they’ve done there [in Boston], this will really set the tone for other communities,” said Dr. Carma Heitzmann, director of VA Homeless Veteran Community Employment Services (HVCES). “Because it really is a challenge, and historically has really been something that’s gotten in the way of people returning to work.”

Heitzmann sees the Boston model as a perfect example of the importance of establishing meaningful partnerships that result in real changes and improvements in Veterans’ lives.

At the national level, HVCES has begun working with the Office of Child Support Enforcement (OCSE). “They felt there was a natural connection there to try to help Veterans who may have arrears in particular, or unpaid child support, that was interfering with their ability to get back on track, and to obtain housing and employment,” Heitzmann said.

“We do fully support all of our Veterans in meeting their responsibilities for their children and their families. But trying to find a way to have this work that benefits everyone involved was the goal.”

In 2010, VA began working with OCSE and the American Bar Association on a collaboration project to assist homeless Veterans with child support payments in nine pilot cities. That work helped provide services to more than 1,000 Veterans and resolve nearly $800,000 in state-owed child support debt — while at the same time establishing several promising practices.

“Under the leadership of commissioner Vicki Turetsky, OCSE has made great strides in shifting from an enforcement-driven program, regardless of individual circumstances, to a program that focuses on removing the barriers that prevent parents from making consistent child support payments. ” said James Murray, senior advisor with the Office of Child Support Enforcement. “And so our work in collaboration with the Veterans Administration is really an extension of that. The federal office doesn’t provide direct support to families because child support cases are handled at state level. We do provide resources to states and tribes to support parents, including Veterans. For example, our Handbook for Military Families helps state, tribal and local child support programs provide much needed information to clients.  The response we’ve gotten from the field is very positive.”

Murray sees a “bright and promising” future for collaborations with VA — and already, he said, their work together has highlighted how child support agencies can help Veterans. They’ve learned that that legal assistance for child support issues remains one of the top unmet needs for Veterans. The goal now is to help states, tribes and local offices continue to find ways to reduce barriers and better connect Veteran and military families. According to Murray, assisting Veterans with reducing arrears, reinstating driver’s licenses, and filing for child support modifications have all proven to be effective methods.

“This is one of the most exciting areas that I get to focus and work on,” Murray said. “The positive implications for the families that we serve — those within the child support case load; those that VA serves — are immeasurable. It doesn’t matter whether a military organization or VA office reaches out to child support or child support reaches out to one of them, just as long as it happens.”

In June, a Veteran in the domiciliary unit at Brockton approached Franklin about his child support payments. He’d been diagnosed with dementia. Because of the back payments he owed, he was unable to maintain a housing voucher.

Franklin set up a meeting with the Department of Revenue, and they closed his case that same day. They even granted him a small refund because his child was over age 18 and out of school.

The Veteran has since been approved for housing at the Brockton campus.

“Every case is unique, but it seems like every Veteran we’ve met with because of this partnership has had a positive experience, and it gives our staff a real positive experience,” said Shefshick. “We try to get Veterans the resources they need to maintain a decent quality of life, and we get payments to families in our communities. It’s a win-win. The Veterans we serve have faith in us, which is a really good starting point.”