Veterans get fresh start thanks to court-VA partnership 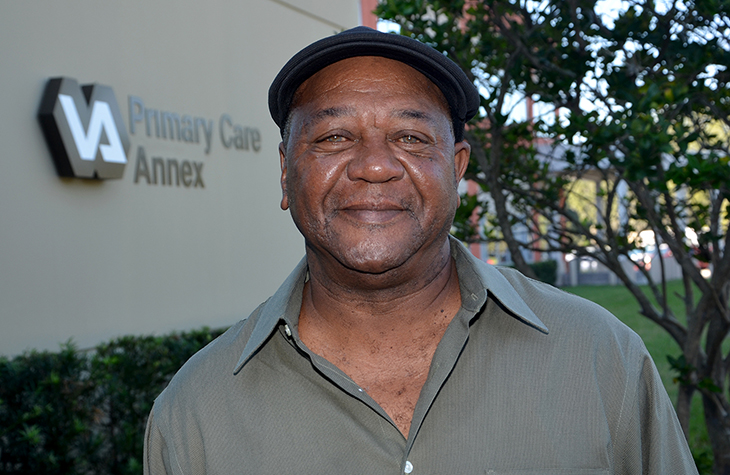 About 60 homeless and low income Veterans were giving thanks the week between Veterans Day and Thanksgiving.

Thanks to a partnership between the Hillsborough County Courts and the James A. Haley Veterans’ Hospital, the Veterans – all of whom had pending fines and court costs due to misdemeanor charges – had those fines reduced or forgiven by the court.  Judges held the Veterans Stand Down Court on Nov. 18.

This was the first time an event like this has been held at the Tampa facility, said Veterans Justice Outreach Coordinator Kristi Whitford. Hillsborough County Court Judge Daryl Manning, a 30-year Army Veteran, spearheaded the program.

“We partnered with him from the very beginning because we work with incarcerated Veterans and Veterans who have involvement in the legal system,” Whitford said.  “We work with the Veterans Treatment Court in Hillsborough County, so we were natural partners to help him with this court.”

Preregistration for the court was necessary to ensure Veterans met the criteria set forth for the event.  The court would only hear misdemeanor cases and was only for Veterans who are homeless or who are considered low income.

Having outstanding fines and court costs can make it harder for Veterans to improve their life, Judge Manning explained.

“Many Veterans come back and they have other issues to deal with other than these driver’s license issues, fees and fines,” Manning said.  “Next thing you know their license is suspended, they’re unable to drive, they can’t get into some programs. They have this judgement and this debt piled up against them and they have difficulty engaging in normal societal activities like everyone else.  It’s kind of a vicious cycle and something that some will never be able to get out from under based on their limited income.

“This is an opportunity for us to help the Veterans,” Manning said.  “Not to give them a hand out, but a hand up.”

Manning said it was gratifying to be able to help some of his fellow Veterans.

“To see the Veteran’s face light up when they find that there’s a way forward, not to be continuously burdened by these financial matters that have held them up from doing things other folks do,” Manning said. “To see the excitement there when they find out they can get back engaged in society is just fantastic.”

The Florida Licensing on Wheels van was also available at the event so Veterans could get their licenses reinstated after getting their legal matters settled, and that’s where one Veteran was headed when he walked out of the court proceedings with a smile on his face.

Navy Veteran James Broner (pictured above) said he fell into a slump after getting some tickets and ended up with his driver’s license suspended.  He was one of the first Veterans to be seen in Judge Manning’s courtroom during the stand down.

“I had tickets and the fines were so high,” Broner said. “It was a blessing that the judges and everybody got together.  I had a good counselor with the VA and they reduced a lot of my fines so I’m able to get my license again.  If you need help, this is the place to come.  For me, it’s a new beginning.”