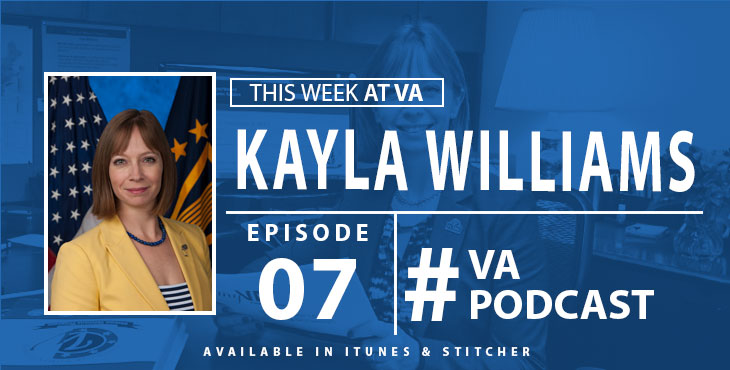 Episode seven brings us Army Veteran Kayla Williams. Kayla serves as primary advisor to the secretary on department policies, programs, and legislation that affect women Veterans as the head of VA’s Center for Women Veterans.  In addition, she oversees the center’s activities, which include monitoring and coordinating VA’s administration of health care, benefits services, and programs for women Veterans; serving as an advocate for cultural transformation (both within VA and in the general public) in recognizing the service and contributions of women Veterans and Servicemembers; and raising awareness of the responsibility to treat women Veterans with dignity and respect.

She is author of two books.  Love My Rifle More Than You: Young and Female in the U.S. Army, is a memoir about her deployment to Iraq. Her second book is, Plenty of Time When We Get Home: Love and Recovery in the Aftermath of War, about her family’s journey from trauma to healing.