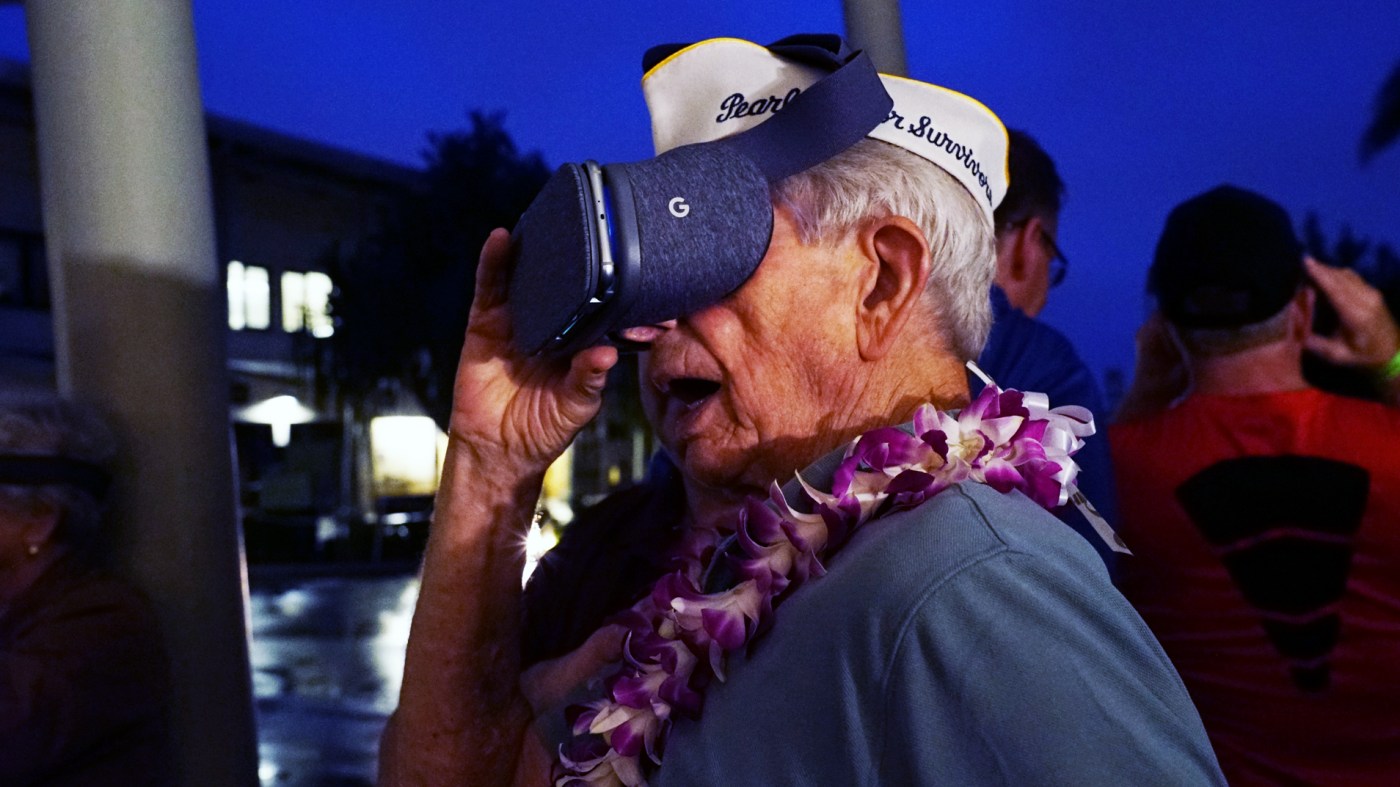 Three new virtual reality tours presented by the National Park Service and Pacific Historic Parks were unveiled at the Pearl Harbor Visitor Center during the 75th Commemoration of Pearl Harbor.

With virtual reality technology, anybody now walk the decks of the battleship USS Arizona just before the attack, witness the attack on Battleship Row and visit the USS Arizona Memorial.

“I think it’s really terrific because it gives people the ability to see the memorial and to see the deck of the USS Arizona. Nobody else would normally be able to see that and it’s so realistic and it’s good for educational purposes. That’s what we strive to do, to keep the education of the attack and everything that occurred relevant,” said Sharissa Kuhns, bookkeeper for Pacific Historic Parks.

Ninety-four-year-old Pearl Harbor survivor Jack Moore, attended the event with his two sons and was able to share the events of that infamous day with them in a new way. Through the virtual reality goggles, he looked across the harbor at 7:55 a.m. at the scene he witnessed at 75 years ago.

On Dec. 7, 1941, Moore was two decks below the USS Sacramento, a gunboat that was berthed in the Navy Yard for repair. He looked out the porthole across the harbor and admired the battleships lined up on Battleship Row, wishing he was on one of them. “And about 10 minutes later I’m glad I was where I was,” he said. “The first few minutes I looked up in to the sun and said, ‘This is going to be the last day of my life.’” By 8 a.m. the USS Sacramento’s battle stations were manned. Two minutes later, her guns opened fire on Japanese aircraft attacking Battleship Row.

“I would like them [students] to know the complete story of the situation at that time, and to understand why it all occurred, and what we did to resolve the situation later on by the Battle of Midway and further battles throughout the years. That’s something I think that every student, every kid ought to know about,” said Moore.

The virtual reality app is available on both the iTunes and Google Play under “Pearl Harbor VR Tours.” The Arizona Memorial will incorporate a virtual reality center at the visitor’s center, in addition to their audio tours, where visitors can have a deeper learning experience.