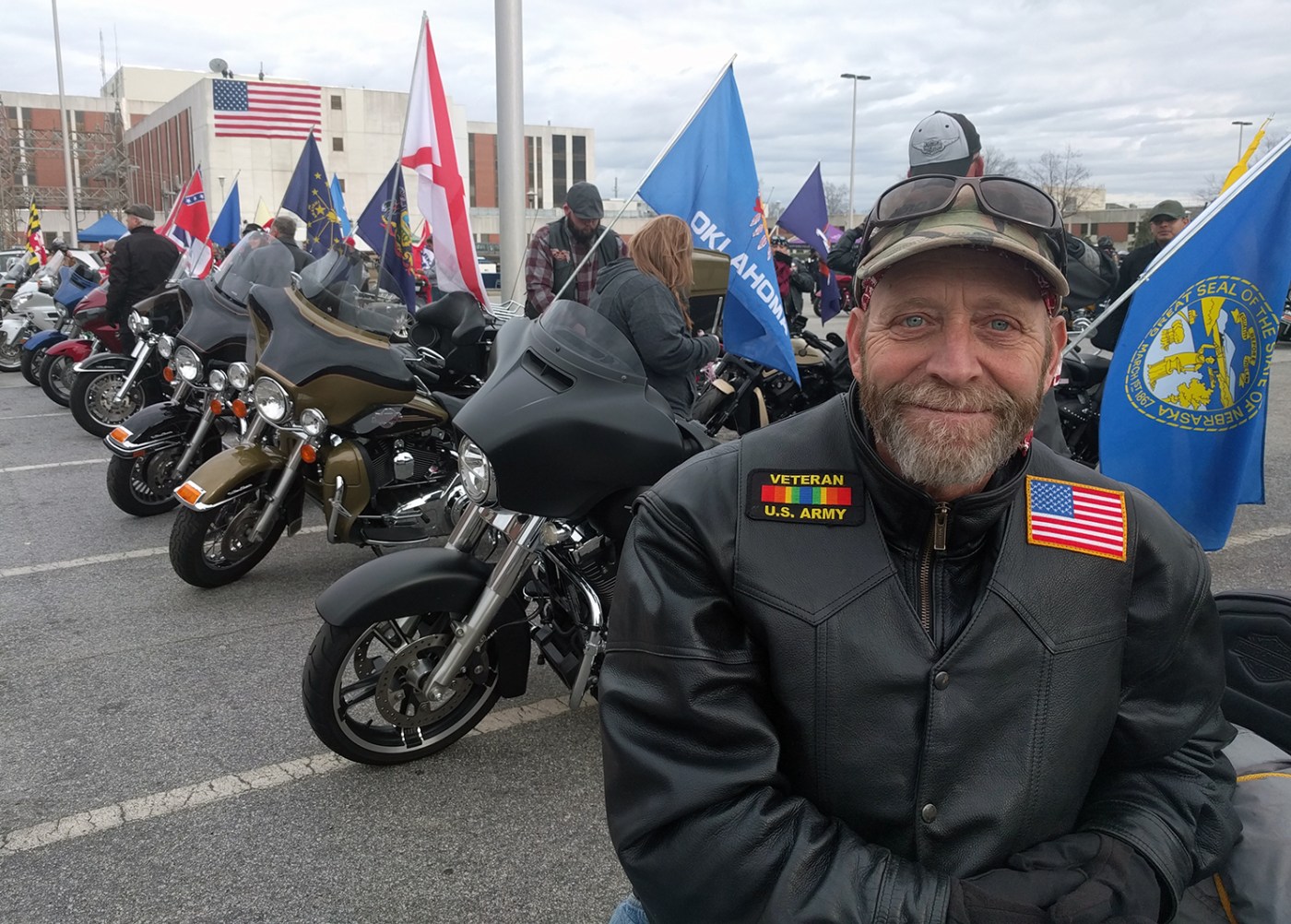 Last weekend, more than 4,300 motorcyclists, most of whom are Veterans, donated and escorted Christmas gifts to the William Jennings Bryan Dorn Veterans Affairs Medical Center in Columbia, South Carolina. The gifts included items such as food, cookies, candies, gloves, hats, and jackets.

For many Veterans, these gifts meant the world.

“It lets the Veterans know they are not forgotten,” said Tammy Finney, the chief of Voluntary Services at the Dorn VA. “We have a lot of individuals at this time for whatever reason their families can’t come to see them and some don’t have family. This gives them an opportunity to feel remembered and appreciated.”

Early in the day, the Veterans and supporters rallied at a motorcycle dealership across town before heading out to the main event. They spent a few hours loading the trailer with gifts, admiring each other’s bikes and listening to a band before they formed up to ride to the Dorn VA.

Motorcyclists and Veterans have a lot in common. They wear a certain type of uniform, hang out almost exclusively with each other and are fiercely protective of their group. It’s only natural that Veterans gravitate towards motorcycle associations.

One such club, the Combat Veterans Motorcycle Association is exclusive to combat Veterans and now has more than 13,000 members in their ranks. Their focus is to help other Veterans, specifically at Veteran care facilities.

The CVMA inducted a new member during the rally; a 92-year-old WWII, Korean and Vietnam Veteran who flew 115 combat missions as a fighter pilot. He said he “enjoys riding because everyone pays a lot of attention to a 92-year-old on a motorcycle.”

Groups such as the CVMA and others made a giant impact for the Veterans in their community. Altogether, they donated 992 cubic squared feet of Christmas gifts.

Teamwork. First members of the community formed a human chain to move the gifts from the escorted trucks and trailers to the auditorium. Then, VA voluntary services and volunteers sorted the gifts to form bags ready for delivery.

Finally, Soldiers from Fort Jackson and local Veteran Service Organization members delivered the gifts to the Veterans. They were welcomed with smiles, hugs and holiday songs.

“VetsRide is an awesome event,” said Mike Galloucis, VA’s Southeast District Veterans Experience officer. “It underscored what we already know; Veterans love getting together with other Veterans for a good cause and there is no end to their compassion and kindness.”

Community events such as these are vital to the VA and Veterans across the country.

Columbia, South Carolina is the site of one of VA’s newest initiatives, the Community Veteran Engagement Board (CVEB). CVEBs are a board of Veteran stakeholders in the community that solve their local Veteran challenges.

While many communities have an existing Veteran board of some kind, CVEBs have official VA recognition and participation.

To date, VA and local communities have formed 101 CVEBs across the country. (Find out if your community has started a CVEB)

Events like VetsRide also have a powerful indirect impact on Veterans in their community. Veterans form an immediate bond with each other. This camaraderie is visible in a VA hospital waiting room or when thousands bring their motorcycles to a VA hospital.

Veterans at the rally were overheard sharing knowledge of VA services with each other and many of the Veterans had never been to VA Dorn before. This event gave them the perfect excuse to learn more about their earned benefits.

Are you looking for that perfect excuse to learn more about the services VA offers? Consider attending a VA event in your community. (Follow your local facilities on social media to stay informed)