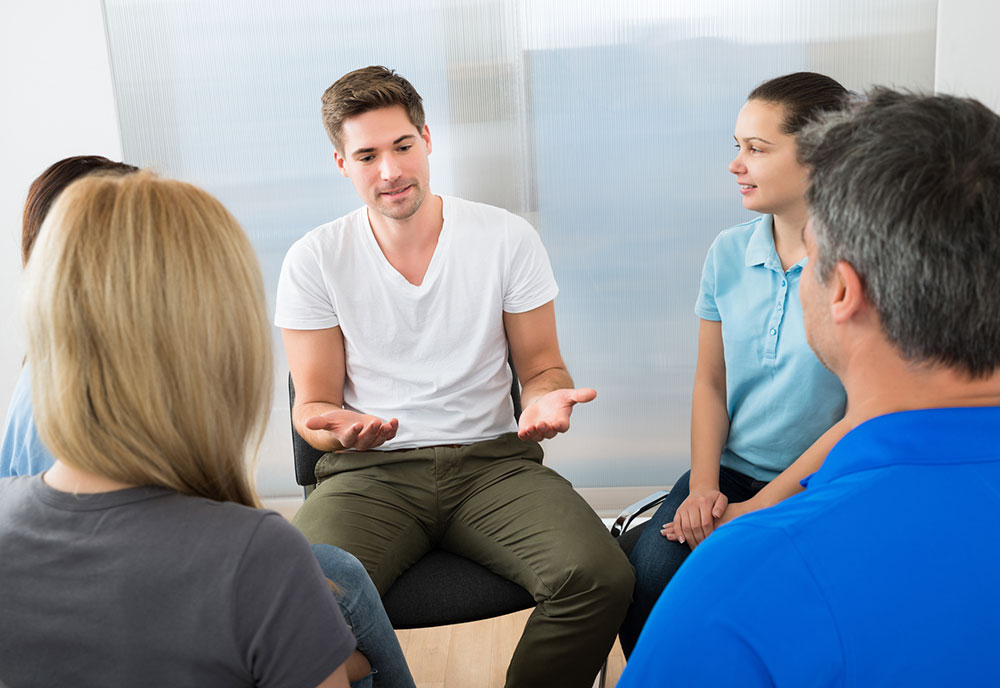 If so, VA has a program called Strength at Home that may be able to help you.

“Veterans appear to be experiencing higher rates of physical or verbal abuse in their relationships,” said James Haskell, a social worker and group therapist with the Baltimore VA’s Strength at Home Program.  “The military trains you to react quickly to a threatening situation when you’re in combat.  But in a relationship, reacting quickly isn’t always the best option.”

Anger in a Bottle

Haskell said Veterans can sometimes have a hard time counting to 10 before saying or doing something they’ll regret later.

“Stigma associated with this problem prevents many men from coming forward and seeking help.”

“Chances are you have a short fuse because you’ve been bottling up all your emotions in an effort to maintain control,” he explained. “But then something triggers you —an argument with your spouse tends to be a major trigger— and so you experience a sudden and sometimes violent loss of control.  Our Strength at Home counselors teach you how to communicate more effectively, how to open up and share your feelings before they overwhelm you.”

Haskell said it can be difficult for men to admit they’ve engaged in any form of intimate partner violence, which is why Strength at Home group therapy sessions are so valuable.  “When they’re in a safe place, it becomes easier to talk about it,” he said. “And once they open up, their anger and frustration gives way to a feeling of hope.  They feel hopeful because they’ve begun the process of changing themselves.”

Kirby, who served 18 years in the Air Force, said his military training left him ill-equipped to explore his feelings and share them with others.  “Problem-solving in a relationship is different than problem-solving in combat,” he observed.  “The goal of combat is to dominate and destroy.”

A recent graduate of the program, Kirby said he now feels he has the tools to lead a calmer life, which means calmer relationships.  “The best part of the Strength at Home program, for me, was having a roomful of six or seven other Veterans I could talk to,” he said. “We could share our stories with each other, encourage each other, learn from each other.  I felt very supported.”

Julia Caplan, who runs the Intimate Partner Violence Assistance Program at the VA Maryland Health Care System in Baltimore, said there’s a big difference between a relationship with communication issues and a relationship with violence.  “They are very different experiences,” she said.  “While poor communication is one aspect of violence, the problem is much larger, more pervasive and more insidious with elements of fear, intimidation and control.”

Aaron, who was discharged from the Army after being wounded in Afghanistan, said he was in a dark place after returning home to the U.S.

“My wife and I were both the arguing type,” he admitted.  “I never got violent with her, but we argued a lot.  I felt like I was out of control.  It was very hard on her.  One day she told me that we weren’t going to be together anymore if something didn’t change.”

Aaron said he began isolating himself so much from his family that his daughter Leah, only one-year-old at the time, barely recognized him as her father.  “She wouldn’t look at me anymore,” he said.  “I felt lost.”

It was right around this time that Aaron’s wife received a call from the Baltimore VA and learned about the Strength at Home Program.  “I let my wife take the lead and sign me up for the program,” Aaron said.  “I saw right away that it was a very good thing.  I felt like the other Veterans in my group were supporting me.  They were going through the same thing I was.”

With his anger now in check and some new communication strategies under his belt, Aaron has been able to begin mending his damaged family relationships.  “It’s like night and day,” he said.  “And I have my wife to thank because she’s the one who got me in the program.  She’s my hero.  She was very brave because I was a tough case.”

To learn more about Intimate Partner Violence and how VA can help, visit the National Center for PTSD at www.ptsd.va.gov/public/types/violence/domestic-violence.asp or go to www.womenshealth.va.gov/WOMENSHEALTH/outreachmaterials/abuseandviolence/intimatepartnerviolence.asp