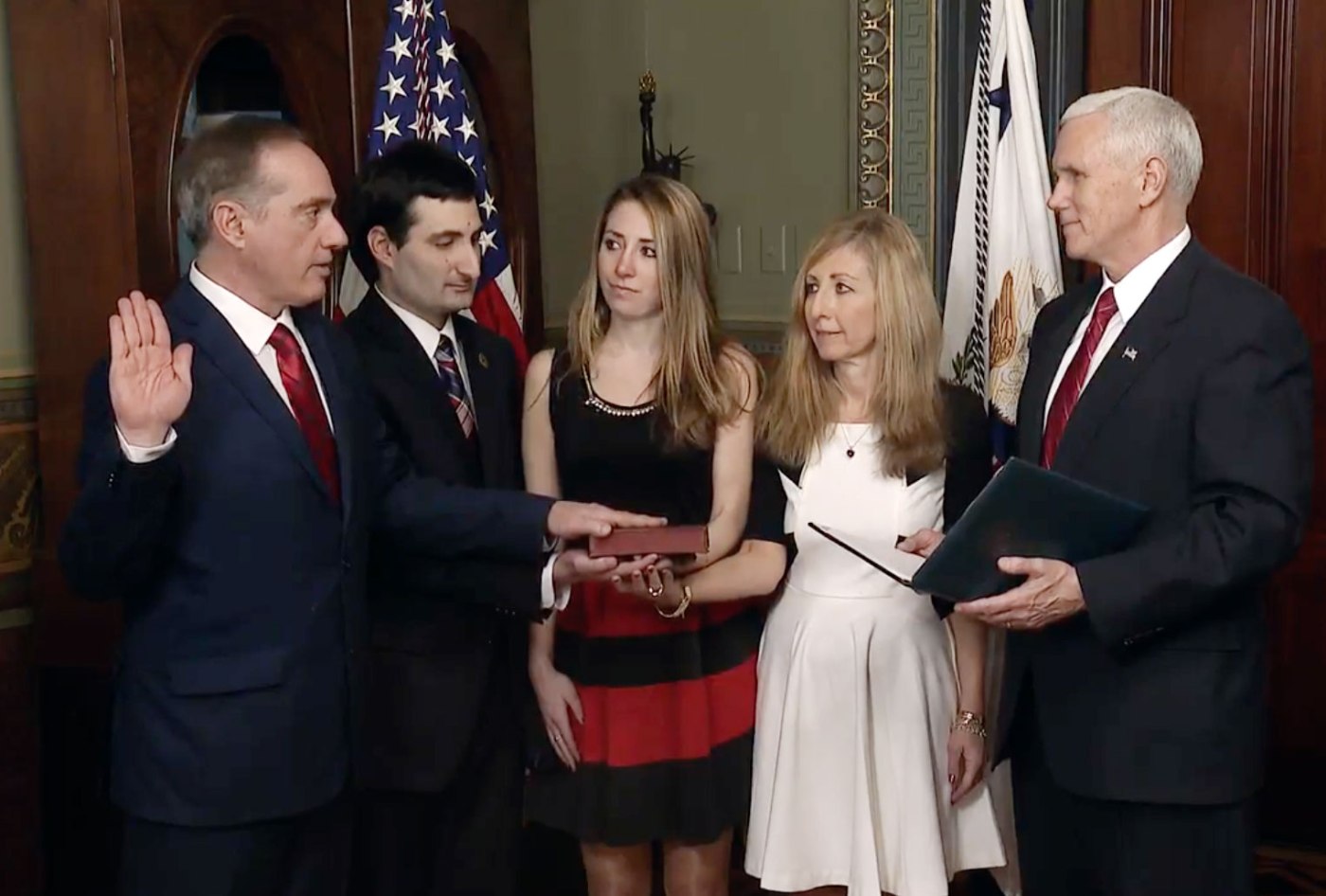 On Tuesday, Feb. 14, Dr. David J. Shulkin was sworn in as the secretary of the U.S. Department of Veterans Affairs.

In brief remarks after the swearing in ceremony, Shulkin said he was honored to have this opportunity to continue to serve Veterans.

“I have such a … obligation and duty, that I feel to making sure that we give our Veterans everything that they deserve,” he said.  “I think that we have a system that is doing terrific things with very dedicated people, but we all know we have a lot of work to do and that’s what I plan to do as secretary.”

Born on an Army base, Shulkin’s father was an Army psychiatrist and both grandfathers were Army Veterans.  His paternal grandfather served as the chief pharmacist at the V.A. hospital in Madison, Wisconsin. As a young doctor, Shulkin trained in several V.A. hospitals and views his service at VA as a duty to give back to the men and women who served the nation.

Prior to his confirmation as secretary, Shulkin served as VA’s under secretary for Health for 18 months, leading the nation’s largest integrated health care system.