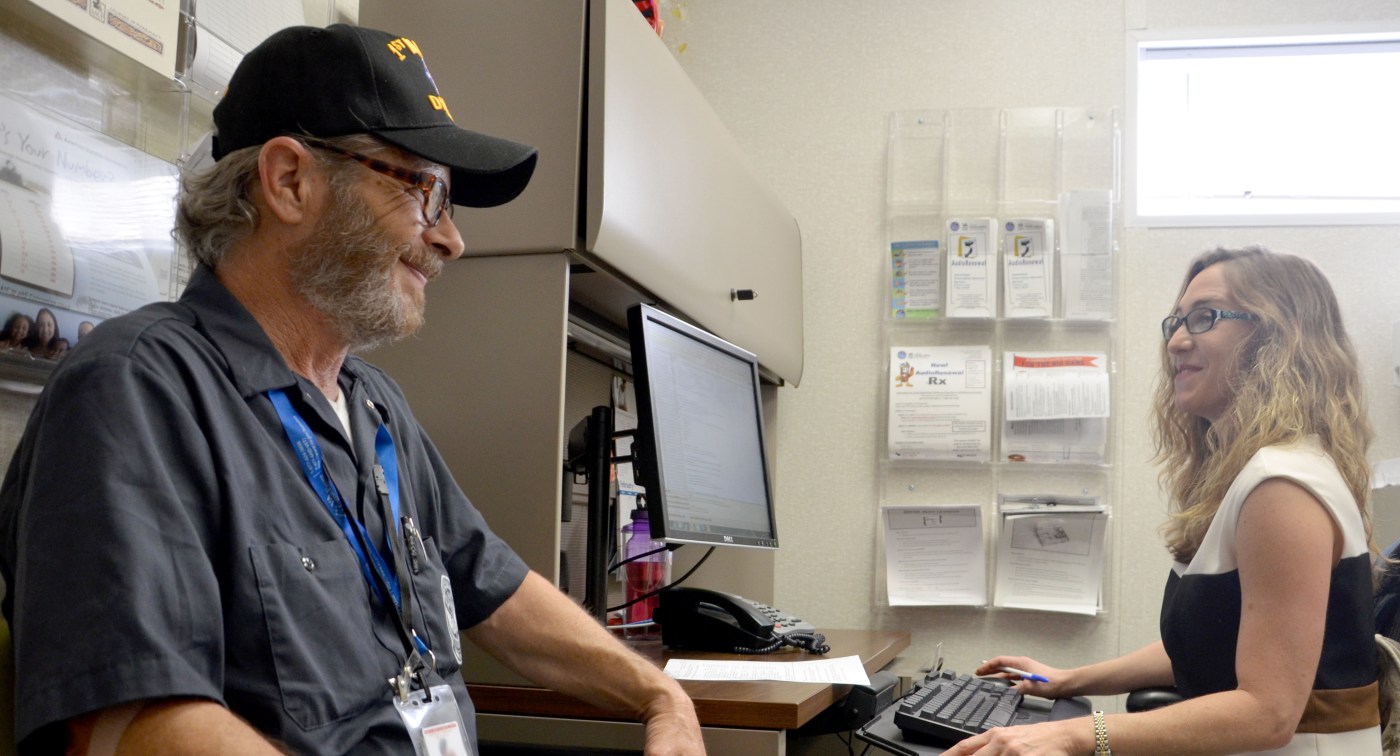 Paul Munroe doesn’t know, or for that matter care, how he was infected with hepatitis C.  What he does care about is that he’s finally free of the disease, thanks to a new treatment provided by VA.

Munroe, a Marine Corps Vietnam Veteran living in Brooksville, Fla., was first diagnosed with the chronic liver disease more than eight years ago.  He unsuccessfully underwent an older treatment series twice before finally being cured last year.  The older 48-week treatment consisted of weekly injections in the stomach along with daily pills and had side effects so bad that Munroe’s treatment had to be stopped.

“I got so sick and felt so bad,” Munroe said.  “It caused problems with my heart medication so my doctor took me off it.  I was disappointed because I wanted to finish the treatment.”

So when he was offered a chance to try a new treatment only recently made available to the public, he jumped at the chance.  After 12 weeks of treatment, the virus was gone and Munroe was considered cured.

According to Dr. Jamie Morano, an infectious disease physician at the James A. Haley Veterans’ Hospital (JAHVH) in Tampa, the new treatments like the one that cured Munroe usually consist of one to two pills a day for 12 weeks and have a 95 percent cure rate compared to 40 to 45 percent for the older treatments.  The new treatment also has very few side effects and those are usually very mild.

“To our Veterans, it’s a super easy process.  The treatment is literally 12 weeks on average, usually one pill a day,” Morano said.  “The Veterans say they have more energy and they feel better.  When I see them they have more color in their face.  On average they do really, really well.  It’s pretty exciting.”

VA research has found that several antiviral drug regimens produce dramatically higher cure rates than the older treatment.  The new drug regimens examined in the study also do not contain interferon, which has troublesome side effects such as fever, fatigue, and low blood counts.

The high cure rate is important since hepatitis C can be a silent killer.  Many people don’t even know they’re infected with the virus but, left untreated, it can lead to cirrhosis, end-stage liver disease and liver cancer.

Studies have shown that Veterans, and in particular those between the age of 45 and 65, are at the highest risk of having the hepatitis C virus.

“Essentially the baby boomer generation,” Mike McNulty said.  McNulty is a physician assistant who has been working with hepatitis C patients since the 1990s.  “Those are the ones at highest risk, but otherwise anyone who’s done IV drugs, has tattoos or body piercings, or shares personal items that might have blood on them like a toothbrush or razor.”

Health care workers at the Tampa hospital have worked together over the last few years to identify Veterans who test positive for the hepatitis C virus and get them in for treatment.  According to Tampa Infectious Disease Pharmacist Dr. Jaela Dahl, almost 1,200 Veterans out of the 1,800+ who were identified as having the virus in their system have been treated, and they are working to get even more Veterans in for treatment.

Nationally, the numbers are similar.  More than 80,000 Veterans nationwide have been treated for hepatitis C since January 2014 with an estimated cure rate of 94 percent.  Another 64,000 who have tested positive for the virus are potentially eligible for treatment.

One of those Veterans recently identified for treatment was George Dooley, a Compensated Work Therapy employee at the Tampa VA who contracted the virus in 2011.  He has been undergoing the hepatitis C treatment for two of the three months, but his blood tests so far haven’t detected any virus in his system.

Contracted virus in a “weak moment”

Unlike Munroe, Dooley said he knew exactly when he contracted the virus, calling it “…a weak moment” in 2011.  He hesitated in getting treated for the virus because of the stories he’d heard about the side effects associated with the older treatment.

“I was trying to get stable mentally and physically and get my life together at the time, and I didn’t think I could handle it,” Dooley said.  “I kept putting it off.  Finally I got the nerve to just go ahead and do it because I heard that if you leave it untreated, hepatitis C can turn into liver cancer, so I started looking at it more seriously.”

In the photo above, Marine Corps Veteran George Dooley talks with Clinical Pharmacist Dr. Dana Pepe before picking up his final hepatitis C medication prescription.  Dooley, one of almost 1,200 Veterans treated for the disease at JAHVH, will complete his treatment in March but the hepatitis C virus is already undetectable in his blood work.

Dooley said things are looking good for him and his treatment, and that he’s happy he decided to go through with it.  He also thanked the VA for everything they’ve done for him.