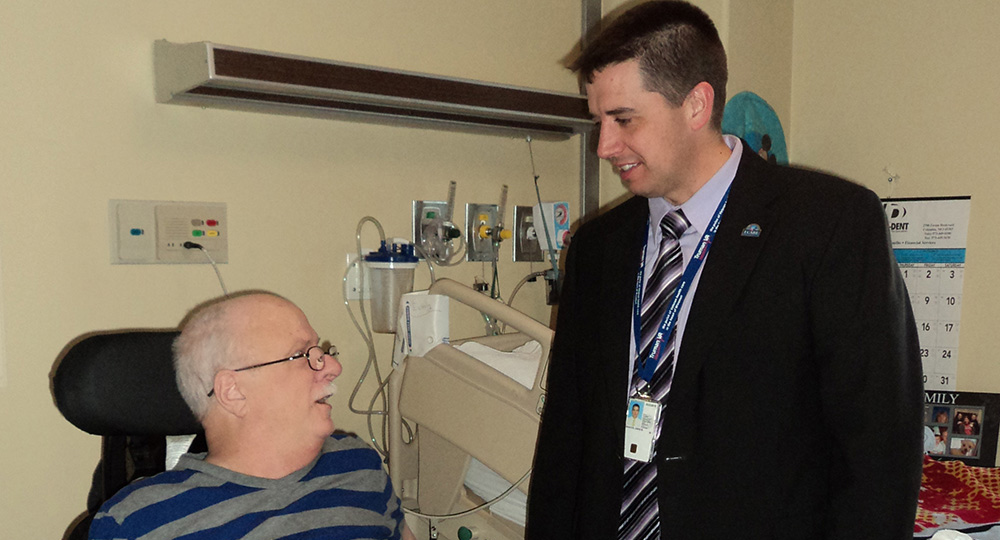 It was a May morning in 1997, and 19-year-old David Isaacks was up before the sun.  Today was the big day, perhaps the biggest day of his life, because he was setting out on a life-changing adventure.

In the pre-dawn darkness, his dad handed him a going away present.

“It was just a small, simple, green address book that my mom had pre-populated with addresses of family and close friends,” Isaacks said. “At 4 in the morning, I didn’t think much of it when my dad handed it to me. He told me that my mother had filled it with people I should write to while away.

“Of course, I didn’t have to be at the Military Entrance Processing Station in Kansas City until 5 a.m. but my dad, being a Marine himself almost two decades earlier, was never late to anything.”

And so father and son began their short road trip together, departing their home in Topeka and heading across the state line to Kansas City, Missouri.

David Isaacks and his dad, John

“I could tell my dad was proud of what I was about to accomplish,” Isaacks said. “I didn’t speak much, but I listened intently to the short stories my dad told me about boot camp and about his time in the Marine Corps. That cool May morning was the day I reported to Marine Corps boot camp in San Diego.  I knew it would be a long day and, after hearing the stories of the footprints from my dad, I knew that the first 48 hours would be a true test.

We’re Not in Kansas Any More

“After a couple weeks in Marine Corps boot camp, I finally had some time to write home,” Isaacks said. “And even though I knew my parents’ address, I cracked open that small, green address book. As indicated by my dad, my mom had diligently filled in several addresses in alphabetical order. Even though I only had enough time to write one letter, it felt good to know that all those people were placed in that book for me.

“As I flipped through the book, I quickly came to the end and noticed something that has always stuck with me. In my dad’s handwriting, he left me an important note. It read, ‘Son, I am proud of you and I want you to remember one thing.  No matter what, you should always protect those who cannot protect themselves.’

“To me, this is something I constantly think about while caring for America’s Veterans, and it is why I continue to serve,” Isaacks said.

Today this Marine continues to serve his fellow Veterans as director of the Harry S Truman Memorial Veterans Hospital in Columbia, Mo., a job he took in July 2016

“Oftentimes, when our lives intersect with health care needs, we are at our most vulnerable,” he observed.  “The health care needs of American Veterans are unique, and the Veteran population that VA cares for can be vulnerable due to the complexity of medical conditions that result from military service.”

He continued:  “This population is also vulnerable to homelessness, poverty and mental health issues.  The VA stands to protect them, especially when they cannot protect themselves. The VA is purposeful in ensuring and advocating for Veterans who cannot advocate for themselves.”

Twenty years after he and his dad set out together on that pre-dawn road trip to Kansas City, Isaacks now finds himself in a job he describes as much more than just professionally satisfying.

“I am filled with gratitude at the opportunity to care for American Veterans,” he said.  “I find myself in an occupation that is a privilege.”