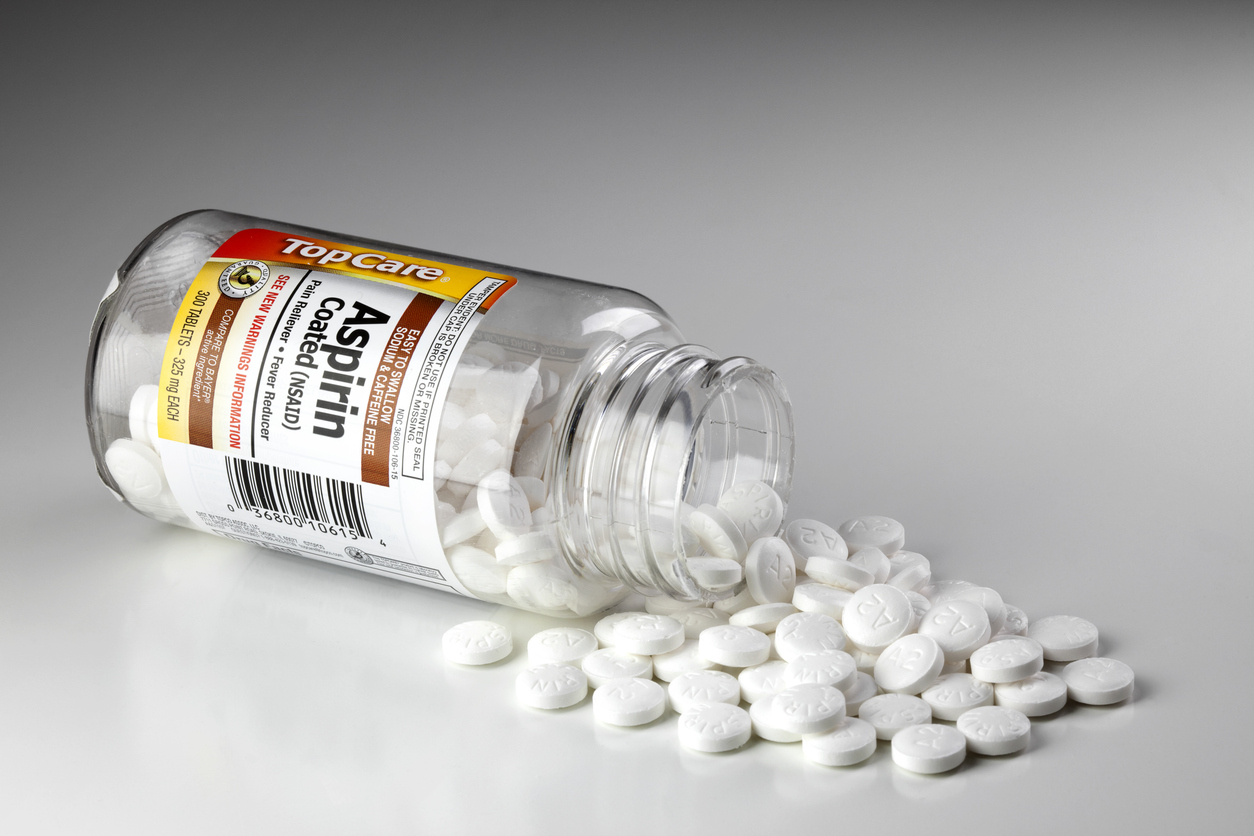 Researchers know of aspirin’s benefits in preventing certain ailments — from cardiovascular disease to most recently colorectal cancer. But while the link to those two conditions was made, researchers also questioned how and if this “wonder drug” could work to ward off other types of cancers.

Thanks to a team led by Dr. Vinod Vijayan at the DeBakey Veterans Affairs Medical Center in Houston and Dr. Lenard Lichtenberger of the University of Texas Health Sciences Center, new studies verify their theory of cancer-prevention benefits based on aspirin’s effects on platelets—blood cells that form clots to stop bleeding. The findings appear in the February 2017 issue of Cancer Prevention Research journal.

“Along with clotting, platelets also play a role in forming new blood vessels,” Vijayan said. “That action is normally beneficial, such as when a new clot forms after a wound, and new vessels are needed to redirect blood flow. But the same action can help tumors grow. It’s this process that aspirin can interrupt.”

Their lab tests showed how aspirin blocked the interaction between platelets and cancer cells by shutting down the enzyme COX-1, thereby curbing the number of circulating platelets and their level of activity.

Some of their experiments used regular aspirin from a local drug store. In another phase, the researchers used a special preparation of aspirin combined with phosphatidylcholine, a type of lipid, or fat molecule. The molecule is a main ingredient in soy lecithin. The product, known as Aspirin-PC/PL2200, is designed to ease the gastrointestinal risk associated with standard aspirin.

The enhanced aspirin complex was even stronger against cancer than the regular aspirin. Summarizing their findings, the researchers wrote: “These results suggest that aspirin’s chemopreventive effects may be due, in part, to the drug blocking the proneoplastic [supporting new, abnormal growth, as in cancer] action of platelets and [they support] the potential use of Aspirin-PC/PL2200 as an effective and safer chemopreventive agent for colorectal cancer and possibly other cancers.”

In collaboration with researchers at MD Anderson Cancer Center in Houston, the group said they plan to test the lipid-aspirin complex for safety and efficacy in people at high risk for colorectal cancer. Meanwhile, they said their results, so far, “support the use of low-dose aspirin for chemoprevention.” They added that Aspirin-PC/PL2200 has “similar chemopreventive actions to low-dose aspirin and may be more effective.”

The research study was supported by the National Institutes of Health. For more information about VA research on cancer, visit www.research.va.gov/topics/cancer.

Lichtenberger is a professor of integrative biology and pharmacology at the University of Texas Health Sciences Center. Vijayan, an expert in platelet biology, is with the Center for Translational Research on Inflammatory Diseases at the DeBakey VA Medical Center. He is also an associate professor at Baylor College of Medicine.