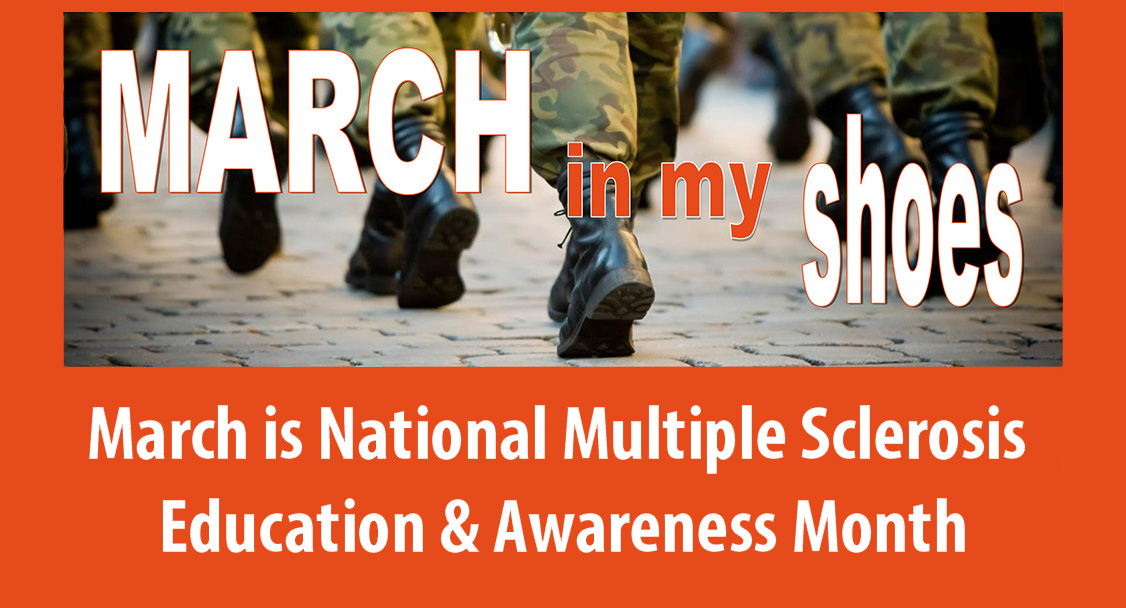 The following guest post was submitted to VAntage Point by Suzanne O’Connell who joined the Navy in 1973 and was awarded “Honor Woman” in boot camp.

I served in the U.S. Navy during the Vietnam War. I am a member of our nation’s vast military community. I was diagnosed with MS in 1983 and am also a member of the multiple sclerosis community. While I have always been blessed with the support of family and friends, following my diagnosis with MS, I quickly learned the importance of receiving support from people who understand where I’ve been, what I’m going through, and what might be around the corner. I am a member of an MS support group that has improved my life in ways that I never imagined.

I had my first encounter with MS while at boot camp in Florida. It was late August when the temperatures were at their highest and I found that the heat affected my body in unexpected ways. I had several illnesses, found myself falling out of the blue, and even broke my ankle one day. After a few years of service, I was honorably discharged because of my MS symptoms, although nobody knew it was MS at the time. Almost 10 years passed before I was diagnosed with MS, before I knew the cause of all the crazy things I was experiencing. I’ve met many people with MS who have had similar experiences; the years of not knowing why they felt so bad. I was not alone.

I’ve experienced just about every MS symptom there is, with fatigue, cognition, and balance being my most common symptoms. MS symptoms can be unpredictable, and I’ve learned to take each day as it comes, make adjustments, and move forward. One of my biggest struggles living with MS is that I don’t think people can really understand the disease unless they’ve lived with it. I sometimes wonder how I can expect anyone to understand MS when I don’t always understand it myself. Within my MS support group, I’ve met people of all ages and stages of MS who understand my struggles. I know that I’m not losing my mind because they are going through the same things as me.

I didn’t start out as an advocate of meeting others with MS. Following my diagnosis with MS, I made a cocoon around myself to feel safe and comfortable. I found reasons not to do new things or push myself too hard. If there was an excuse, I could find it. In time, I learned that life on the couch wasn’t really living. I forced myself to branch out, and while it was hard, really hard, I’m so glad I did. That one step out the door soon led me to meet amazing people and experience wonderful things.

I started out by attending the local MS support group, and in time was asked to lead the group. While I was reluctant, and a little scared, I said yes. I did marketing for a living before my retirement and decided I would use that talent to advertise the group. Our MS support group started small, but quickly expanded to over 300 members. As the group became larger and more organized, someone recommended starting a non-profit.

In January 2016, the MS Alliance of Virginia (MSAV), a totally volunteer organization, received its 501c3 non-profit status. I am the founder and current president of MSAV. The Board of Trustees is composed of people who have been affected by MS. Our organization provides programs, events, and opportunities for people living with MS in the southwest Virginia area. MSAV contributes to MS awareness in the community and educates, assists, and empowers people with MS, as well as their care partners, friends, and family.

The MSAV has helped start several new support groups in the area and created an outreach program to visit people who cannot come to meetings and providing information from the last group speaker or program. We have several current projects, including our Annual MS Patient Educational Conference, MS Coloring Parties, Strike Out MS Pool Tournament, Be Anything but MS Halloween Party, and Winter Holiday Gala to name a few. One of the MSAV projects dearest to my heart is Cinderella’s Closet, an opportunity for people whose lives have been affected by MS to attend a ball with music and dancing, but only after they’ve visited the “closet” for a new outfit and some pampering. The ball is one magical night for people who rarely put looking pretty at the top of their list to feel better about themselves and life.

I find such joy in being around others who understand me and am so proud of all the projects I’ve been able to be a part of. I’ve found that the secret to living with MS is not just staying active, but getting out of your comfort zone and pushing yourself to do new things and meet new people. If there isn’t an MS support group in your area, join the MS community through Facebook or an on-line organization dedicated to MS. Make the choice to make a positive change in your life and then make that change happen, no matter how hard or scary it might seem.

Without VA care much of what I’ve done with my life would not have been possible. I would not have been given enough of a ‘recharge’ to get back to the MS community nor would I have been able to continue my medication. I had been home bound until it came along but, the price was out of my budget. I receive all of my VA care at the Salem VA Medical Center in Virginia. The SCI clinic is outstanding. They go over and beyond any health care I have received anywhere else. While the Salem VA is just a little satellite clinic, the two women who run it really care about my health and quality of life.

The VA MS Centers of Excellence are committed to serving the health care needs of Veterans with MS. Through partnerships with Veterans, caregivers, and health care providers, the centers hope to minimize disease impairment and increase the quality of life for Veterans with MS. March is National MS Education and Awareness Month. Help us raise MS awareness by getting involved and making connections with those around you. Only through communication and outreach can we help people to expand their knowledge, understanding, and support of individuals whose lives are affected by MS. To learn more about MS, visit our website at www.va.gov/ms.

About the author: Suzanne graduated from Glenvar High School in Salem, Va. in 1970. She joined the Navy in 1973 and was awarded “Honor Woman” in boot camp. She was stationed at Norfolk, VA, as a Yeoman for a high ranking Seabee officer, handling top secret messages during the Vietnam War (women were not allowed to be Seabees yet, in combat or on ships except for medical staff at that time). Even though she planned a career in the Navy, due to her symptoms of MS she was honorably discharged in 1975.